The Appellate Body of the World Trade Organization (WTO) has been inoperative since December 2019. An important pillar of the WTO was severely damaged. On 30 April, 19 WTO members (including the EU) agreed upon an interim appeals procedure. Under this temporary agreement, an arbitration tribunal will hear appeals based on existing WTO rules. This instrument will remain until the Appellate Body becomes operational again. Already on 24 January, 17 WTO members signed a political declaration in Davos indicating such a step. The list of participants has somewhat changed in the meantime. The following maps show the countries which have signed the political declaration (24 January) and those which are now (30 April) participating in the new interim appeals procedure.
May 7, 2020 Ordering Information 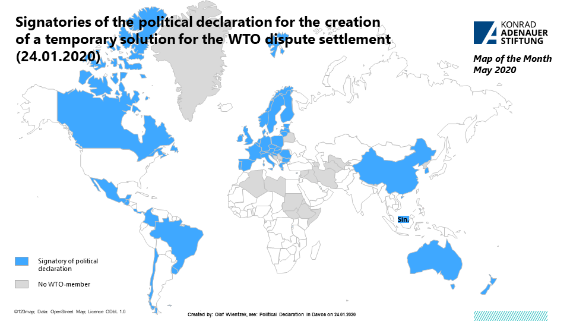 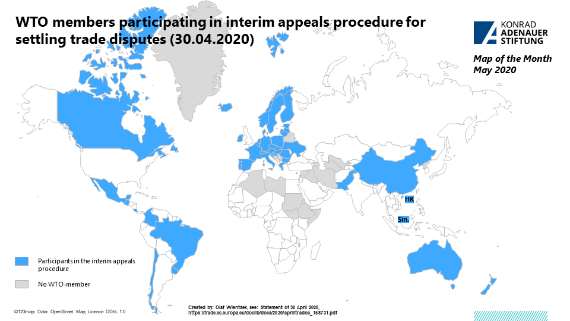