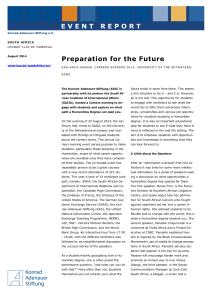 The Konrad–Adenauer-Stiftung (KAS) in partnership with its partner the South African Institute of International Affairs (SAIIA), hosted a careers evening to engage with students and explore on what path a Humanities Degree can lead you. 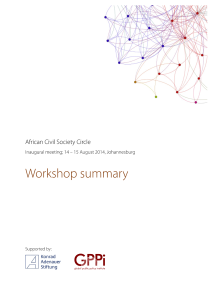 The inaugural workshop of the African Civil Society Circle was convened on 14-15 August 2014 in Johannesburg with two main overarching goals: to strengthen the connections between think tanks and civil society organisations in Southern Africa and to develop and promote common positions on key development challenges. With these goals in mind, the group discussed and defined thematic priorities, decided on a series of initial outputs that will promote positions on key African development challenges as well as agreed on conferences and fora that the group aims to address and influence. 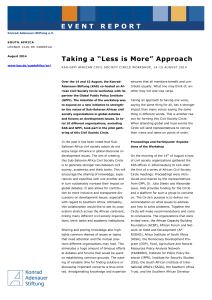 Over the 14 and 15 August, the Konrad-Adenauer-Stiftung (KAS) co-hosted an African Civil Society Circle workshop with its partner the Global Public Policy Institute (GPPi). The intention of the workshop was to expand on a new initiative to strengthen the voices of Sub-Saharan African civil society organizations in global debates and forums on development issues. In total 10 different organizations, excluding KAS and GPPi, took part in the pilot gathering of this Civil Society Circle. 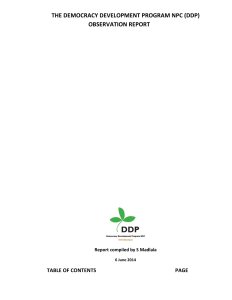 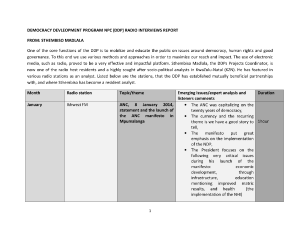 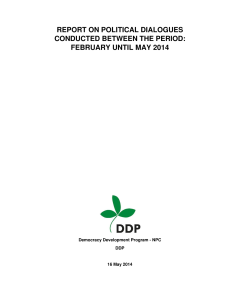 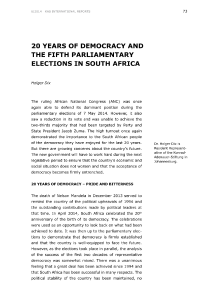 In the latest parliamentary elections, the ruling African National Congress could once again assert its power. The high voter turnout demonstrated the importance of the young democracy to the South African people. However, the new government is facing major efforts to ensure the country’s economic and social situation do not deteriorate. 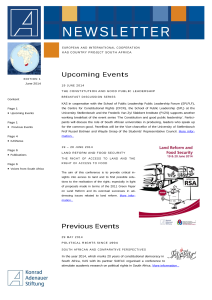 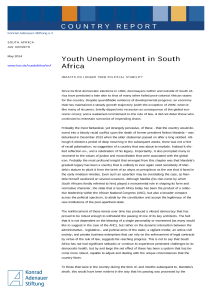 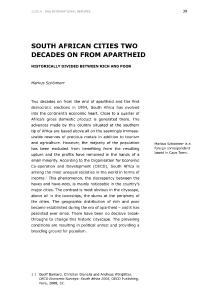 Historically Divided between Rich and Poor

Two decades on from the end of apartheid, South Africa remains ethnically divided where the distribution of wealth is concerned. A larger black middle class is definitely capable of making changes to this unsatisfactory situation – but this will not necessarily affect the cityscape. There is no shortage of suggestions for solutions to create a more inclusive city. But the last 20 years have shown that large parts of the plans have proved ineffective in removing the historic barriers in real life.