The campaigns, results and future prospects

KAS and Jacana Media invite you to join the editors and contributing authors at the book launch of Election 2014 South Africa: The campaigns, results and future prospects.
August 12, 2014 17h30 for 18h00-20h00 Clock

The general elections of 2014 marked the twentieth anniversary of South Africa’s democratic journey. They also reflected the tumultuous political events of recent years. Although the governing ANC won a fifth successive victory, it faced significant challenges at the polls. Julius Malema’s EFF highlighted the growing threat to the ANC of an emerging class-based politics, while support for the DA continued to expand. This book analyses the party campaigns and the election results, and asks whether the elections have strengthened the quality of and prospects for democracy in South Africa.

Cherrel Africa: The smaller parties: Between a rock and a hard place. 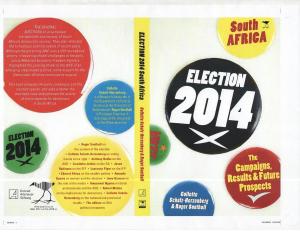