After the first wave of liberations, the political systems in Southern Africa have been replaced by one party dominance. The book presented answers in a comparative manner the question in which political direction these countries are moving.
May 23, 2013 18.00 - 20.00 Clock

Konrad Adenauer Foundation, Democracy Development Programme and UCT Press cordially invite you to a seminar/book launch of Friend or Foe? Dominant Party Systems in Southern Africa-Insights from the developing world, the editors are Nicola de Jager and Pierre du Toit.

Within Southern Africa, there has been an observable increase in dominant party systems, in which one political party dominates over a prolonged period, within a democratic system with regular elections. This party system has replaced the one party system that dominated Africa's political landscape after the first wave of liberations in the 1950s and 1960s. The book is a comparative study of South Africa, Botswana, Namibia, Zimbabwe, India, South Korea and Taiwan. The salient question posed by this book is: Which route are Botswana, Namibia and South Africa taking? It answers by drawing conclusions to indicate whether these countries are moving towards liberal democracy, as in the four non-African comparisons; authoritarianism, as in Zimbabwe; or a road in between. 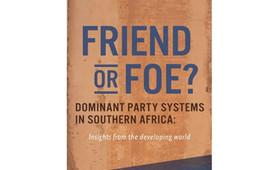 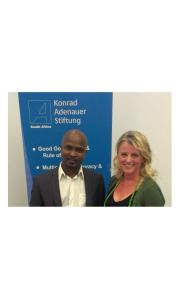