Four anniversaries in total were commemorated in two separate KAS events, one held in Johannesburg on May 15th 2012, the other in Cape Town on May 17th.
May 21, 2012 Ordering Information 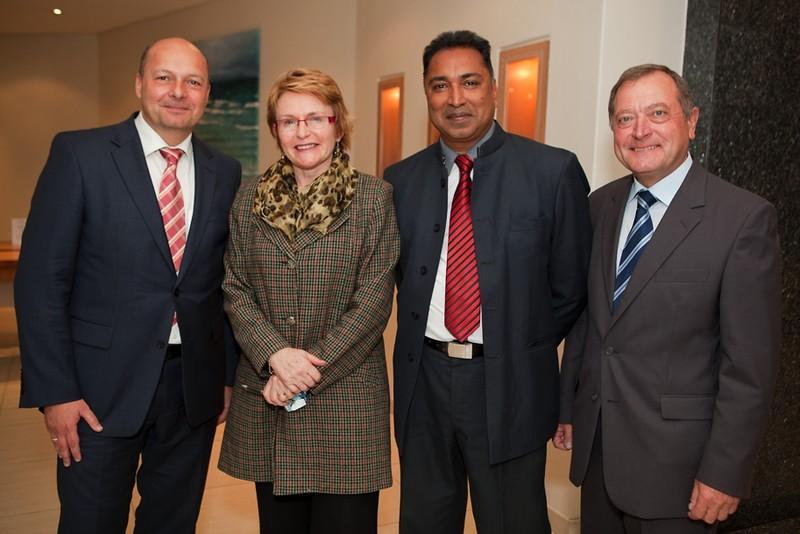 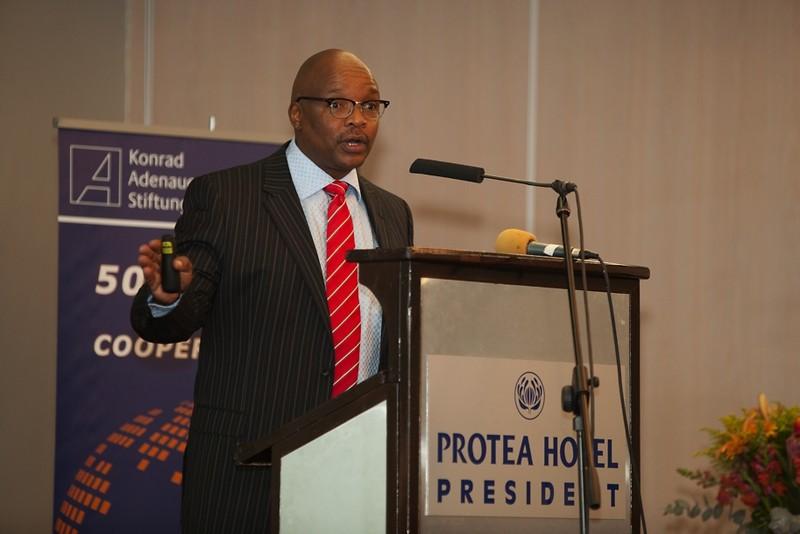 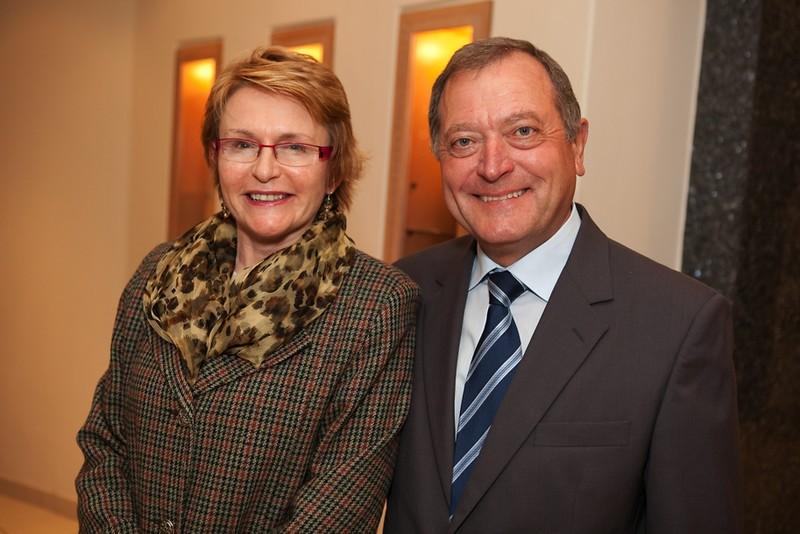 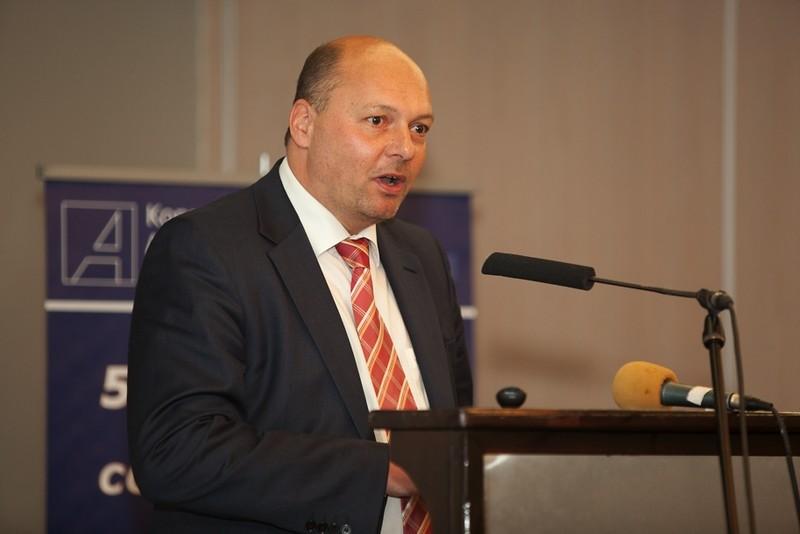 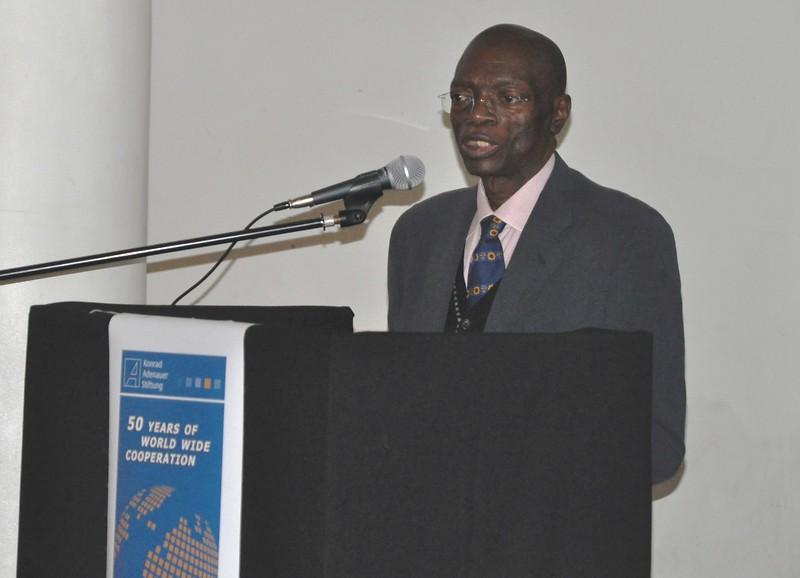 self
Justice Pius Langa in Johannesburg

15 years ago, the constitution of the post-Apartheid state came into effect. Thirty years ago, in 1982, KAS opened its first office in South Africa, extended by a parliamentary liaison office in Cape Town 20 years later. This year also marks 50 years of the Foundation’s international cooperation.

Until today, “constitutional development” has been one of the main fields of activity for KAS in the country. It is no coincidence that resident representative Dr. Werner Böhler chose this anniversary to say “Auf Wiedersehen” to partners and friends of the Konrad-Adenauer-Foundation after his 6-year tenure.

The celebrations were kicked off by an evening reception in the historic Women’s Jail on Constitution Hill, Johannesburg. During the Apartheid era, opponents of the regime were detained in the prison; today, it houses the Constitutional Court.

Former Chief Justice Pius Langa was a keynote speaker for the night. Langa described the incorporation of the constitution as a “legal revolution”. Ever since its incorporation, the constitution has been kept alive and developed further not only by intellectuals and the judiciary, but also by the nation’s citizens, who claim their constitutional rights and challenge the courts.

The ambassador of the Federal Republic of Germany, Dr Horst Freitag, elaborated on the similarities of the German and South African constitutional processes. Both countries had overcome outrageous regimes, followed by the need for a new solid foundation, which would path the way to a democratic future. Based on these similar experiences, Germany has been able to relate to South Africa’s development, offering its advise and expertise whenever requested.

Dr Werner Böhler took the chance to look back on 30 years of activity of the Konrad-Adenauer-Foundation in South Africa as well as his 6 year-term in office. He expressed his appreciations for several long-lasting partnerships, especially with the Democracy Development Programme (DDP) and the South African Institute of International Af-fairs. Dr Böhler also introduced his successor, Dr Holger Dix.

Two days later, a follow-up function was held in Cape Town to celebrate the 10th anniversary of the KAS/DDP parliamentary liaison office in the city. Three speakers, Dr. Sipho Pityana (Council for the Advancement of the S.A. Constitution), Helen Zille, premier of the Western Cape and Elroy Paulus (Black Sash) reflected on the South African constitution, its development over the last 15 years and its current challenges.

Dr. Pityana identified the prevailing social inequality to be the “greatest threat of the democratic order” and called the “never-ending corruption in politics” a “gradual undoing of the constitution”.

Premier Helen Zille considered the “complex distribution of powers and competencies” as a weak spot of federalism and called upon all three spheres of government to exercise more profound “Cooperative Governance”. Dr Böhler bid farewell to 120 guests and introduced his successor Dr Holger Dix. 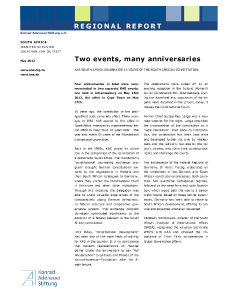 15 years of the South African Constitution