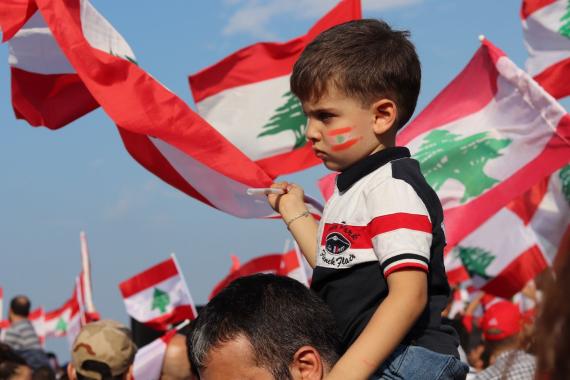 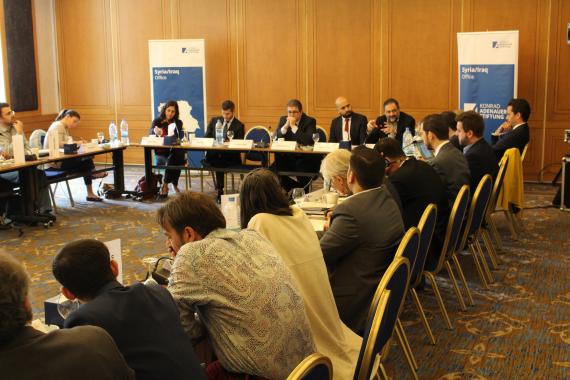 After more than eight years of conflict and despite a decrease in violent clashes across the country, the political and military landscape in Syria remains unstable. As the conflict seems to be in a final phase, many challenges begin to take shape. Some of the main concerns are related to early economic recovery, which has already started to take place in several areas of the country. As a result of these developments, local, regional, and international policies towards the country have adapted to this reality. This paper aims to analyze and identify actors’ interests and objective criteria for an effective economic recovery that fosters long-term stability and development. Furthermore, it assesses some of the early economic recovery efforts conducted by various actors in their zone of influence in Syria. 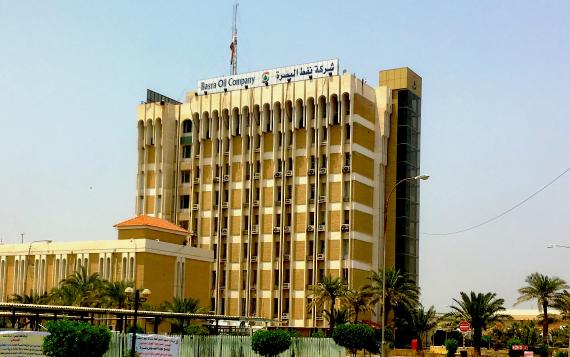 The city of Basra is largely recognized as the economic capital of Iraq, it represents the country’s main harbor and some of its largest oil fields are located in the province – yet it has been the center of massive protests against unemployment in 2018. The uprisings were fueled by the anger and disappointment many locals felt, being confronted with the lack of job opportunities. These sentiments were mainly channeled towards the government and the international oil companies active in the region. This paper aims to analyze the relationship between oil and unemployment as a crucial factor for both fueling the protests and shaping the government’s response. 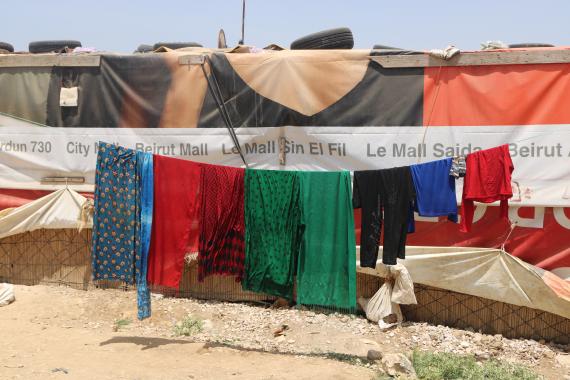 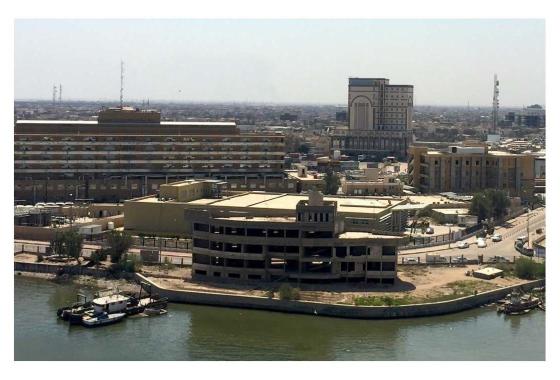 As the traditional economic center of Iraq, Basra is of major political interest for the newly elected government in Baghdad. Following the popular protests that started in the summer of 2018 to demand the effective delivery of basic services, special attention should be given to the province and its infrastructure. However, local political dynamics seem to impede effective infrastructural and service provision developments, which are the subjects of anger among a tense population. This paper tackles these issues in light of the water problem in Basra, which was at the heart of the protests' demands due to repeated water poisoning and poor waste water management. 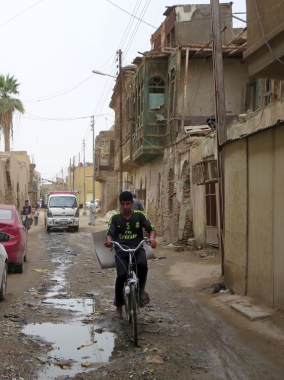 In the summer of 2018, mass protests took place in Iraq, especially in the economic center of Basra, in which the Iraqi people expressed their dissatisfaction with the current situation and the government’s failure to address it. The protesters' demands showed both deep mistrust in government institutions and frustration over the failure to deliver basic services. Above all, the protest movements demanded a reliable supply of electricity and clean drinking water. There were also calls to end the misuse of state funds and to overturn the ethno-sectarian political order in place since 2003. It remains to be seen whether the new political landscape will contribute to more responsible and effective governance. With its publications, the KAS Syria/Iraq Office aims to provide insights into the new political order and the challenges faced by the new federal government. In view of the protests and demands for the provision of public goods, particular attention will be paid to legislative and ministerial measures affecting electricity, water, infrastructure and the labor market. Furthermore, the publications intend to provide some of the necessary groundwork for a shift in policy debates from matters of security issues to good governance, service delivery, and reconstruction after the military victory over the Islamic state. 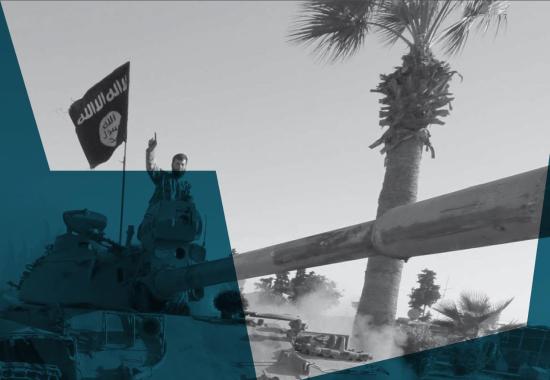 Tribes and the Rule of the “Islamic State”: The Case of the Syrian City pf Deir Ez-Zor

Tribes are of crucial importance in the societies of the Middle East. They are a socio-political unit that is powerful in exerting control over communities, land and resources. It is for that reason that authorities have, for centuries, been keen on gaining the loyalties of tribes and integrating them into their own power structures. This remains true for states in the Middle East, but also for non-state actors such as jihadist groups. The Konrad-Adenauer-Stiftung in cooperation with the Issam Fares Institute for Public Policy and International Affairs at the American University of Beirut published an in-depth study on the transformation of Sunni tribes in Syria, their relationship to the central authority in Damascus and to the Islamic State. The research puts a particular focus on the geographic distribution, sheikhdom and tribal leadership in the Syrian city of Deir Ez-Zor. 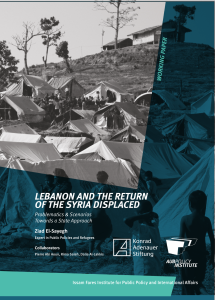 Lebanon and the Return of the Displaced Syrians

Problematics and Scenarios Towards a State Approach

With Lebanon being the country that took in the most Syrian refugees per capita since 2011, this paper discusses the arrangements for the return of the displaced Syrians, defining the roles and responsibilities of Lebanon and the international community, and hoping to contribute to framing general national policies on the subject. In this joint publication of the KAS Syria/Iraq Office and the Issam Fares Institute, the author, Ziad El-Sayegh, explores Lebanon’s concerns with the preparation of a voluntary, dignified and safe return. 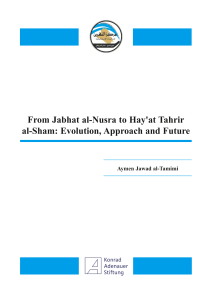 In this joint publication of the KAS Syria/Iraq Office and the Al-Nahrain Center for Strategic Studies, Aymenn Jawad al-Tamimi writes on the history and evolution of the group Hay'at Tahrir al-Sham, beginning from its formation as the al-Qaeda affiliate Jabhat al-Nusra, to Jabhat Fatah al- Sham and, finally, the present form of Hay'at Tahrir al-Sham. Based on testimonies from high-ranking operatives, the article discusses the complex relationship of Jabhat al-Nusra, Jabhat Fatah al-Sham and Hay'at Tahrir al-Sham to al-Qaeda during the transformation and rebranding process. 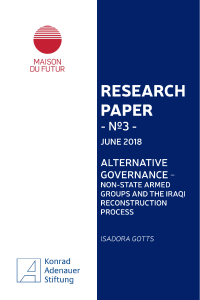 With the Islamic State (ISIL) militarily defeated, Baghdad is now pushing for international assistance, including foreign investments and loans for its reconstruction process. Isadora Gotts, guest researcher at Konrad-Adenauer-Stiftung’s Syria/Iraq Office, explores in this paper, published with Maison du Futur, the main obstacles to Iraq’s recovery and argues that a successful reconstruction process must take into account all actors that wield considerable influence on the national and local level, which in Iraq’s case include a variety of Non-State Armed Groups.