Reintegration and de-radicalization of the Yazidi victims of ISIS terror

In August of 2014, the Iraqi town of Sinjar became the arena of the massacre of the Islamic State of Iraq and Syria (ISIS) against the Yazidis. More than 5,000 Yazidis were killed in the process and more than 7,000 women and children were either taken as sex slaves or indoctrinated and recruited as child soldiers by ISIS. In 2017, KAS supported Yahad in Unum in its efforts to provide psychosocial support to Yazidi victims that have escaped captivity and are now living in the Kurdistan Region of Iraq (KRI).
January 26, 2018 Ordering Information

To follow its goal of de-radicalizing and reintegrating the victims, Yahad in Unum established a psychological center in the Cham Mushko camp in the KRI. The center’s efforts include training of skills that enable women to develop an independent source of income and de-radicalization workshops for former child soldiers. These measures help withdrawing the victims from the spiral of propaganda and extreme violence that they have been opposed to under ISIS rule, and to reintegrate them into their society. 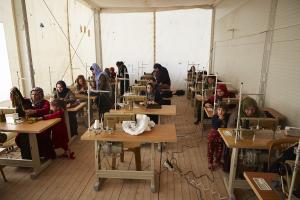 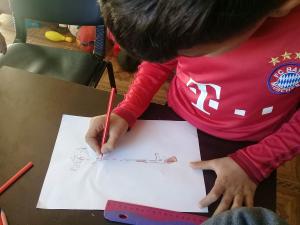