Promoting Freedom of Religion and Belief in Iraq

KAS AND MASARAT HOLD WORKSHOPS IN BAGDAD, BASRA AND SULAYMANIYAH

With its mosaic of more than 18 religious and ethnic minorities, Iraq is unique in the Middle East. However, many of these minorities only enjoy no or only limited own rights, some are restricted in performing their rituals and traditions. In November 2016, the KAS Syria/Iraq Office and its partner Masarat conducted a series of workshops in Bagdad, Basra and Sulaymaniyah aiming at drafting a bill on freedom of religion and belief in Iraq.
December 1, 2016 Ordering Information

The overall goal of the project is to submit to and eventually pass a bill in the Iraqi national parliament to prohibit all forms of religious or ideological discrimination. The first phase of the project consisted of three workshops that brought relevant stakeholders together in order to discuss the situation of Iraqi minorities, the international and national frameworks of freedom of religion or belief, challenges to these freedoms in Iraq as well as means to face and overcome them. Participants included members of the parliament, lawyers and judges, Islamic clerics, minority leaders, including from the smaller Iraqi communities, and civil society activists. In working groups, the participants were given the opportunity to suggest ideas and provide their input for a draft declaration of principles on freedom of religion or belief in Iraq. 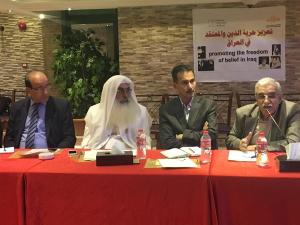 Participants of the Baghdad workshop 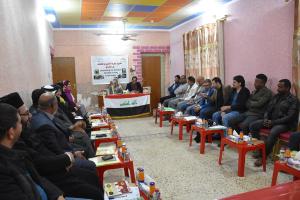 The workshop in Basra 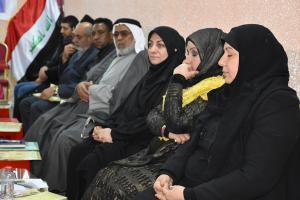 Participants of the workshop in Basra