KAS AND DHO HOLD WORKSHOPS IN BAGHDAD AND KARBALA

The Iraqi society, and with it, Iraq’s administrative and legal systems, are still largely dominated by men. Therefore, vulnerable and marginalized women often face challenges when trying to access justice and find their way through the administrative system. In September and October 2016, the KAS Syria/Iraq Office and the Democratic House Organization organized a series of workshops in Baghdad and Karbala to train women on their rights and on how to access them.
November 27, 2016 Ordering Information

Migrant women, widows, divorced women, as well as victims of domestic violence and forced marriage are particularly vulnerable and marginalized groups in the Iraqi society, who often face particular difficulties when demanding their rights. This is both due to their lack of knowledge about those rights, as well as because of the patriarchal inclinations of the Iraqi society, especially among police officers and government employees. The goal of the project was to raise awareness among these vulnerable groups about their legal rights, the solutions and ways available for them, as well as the legal representation citizens with low-income are entitled to receive free of charge. In addition, the discussions during the workshops were aimed at countering cultural and patriarchal prejudices against women. More than 240 participants, around half of which were women from vulnerable groups, participated in the trainings. The male participants included seven Shia and Sunni clerics, as well as a large number of government and court employees, members of parliament, and police officers. During each workshop, around 30 participants were trained by two or three trainers. The program included lectures on women’s rights in inheritance, on women’s rights in the Iraqi Constitution and on the personal status law in Iraq. 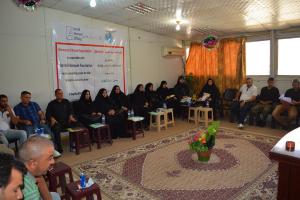 Participants of a workshop in Baghdad 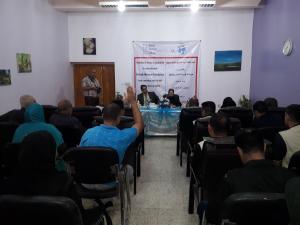 Participants during another workshop in Baghdad 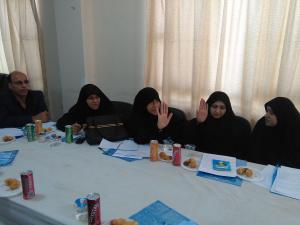 Participants discuss during the workshop in Karbala