Following the aftermath of the 2003 invasion, years of sectarian violence as well as the subsequent resurgence of the so-called Islamic State (ISIS), Iraq still faces grave obstacles for the return of internally displaced persons (IDPs) from all over the country to liberated areas of the state. In Iraq’s post-conflict context, there are about 1.8 million IDPs, which remains a huge issue to be tackled by the Iraqi government. Therefore, the Syria/Iraq Office of the Konrad-Adenauer-Stiftung, in cooperation with Burj Babel conducted a study on factors preventing the return of displaced persons to liberated areas and presented their results in a one-day conference.
September 29, 2019 Ordering Information 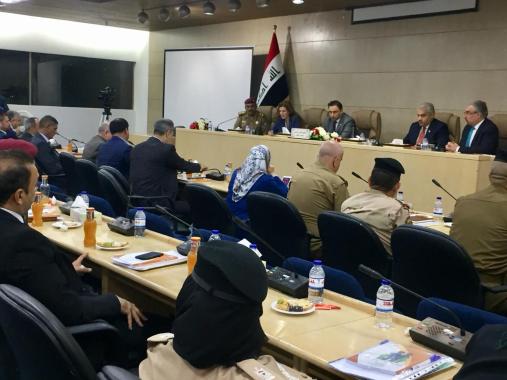 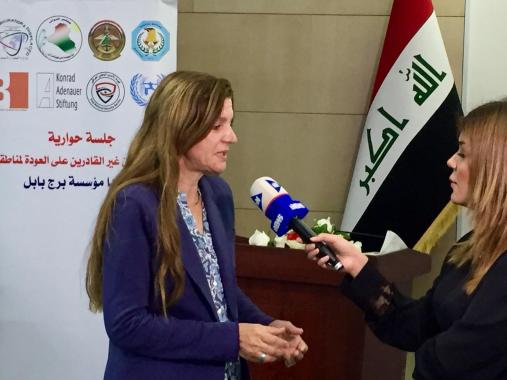 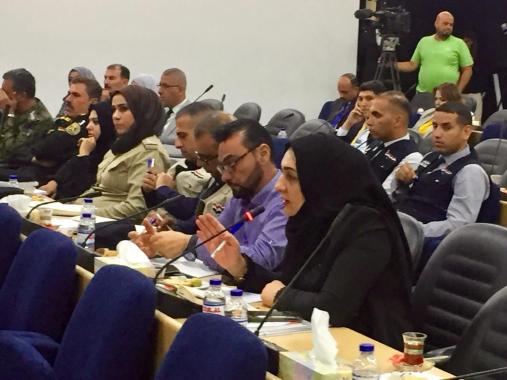 Burj Babel was able to identify the main reasons that are preventing IDPs in 5 liberated cities in Iraq from returning home to their areas of origin. These cities were selected from the provinces of Ninawa, Anbar, Diyala, Salahaddin and Kirkuk. The results of the study showed that, in general, insecurity, lack of social cohesion and livelihoods, and destroyed or damaged housing hamper people’s ability to return home.

On 29 September 2019, a conference was held to present the results of Burj Babel’s study in the Iraqi parliament in order to raise awareness among concerned government institutions about the challenges and reasons preventing the return of IDPs. Although the percentages varied between the 5 provinces, the key outcomes showed that many IDPs do not know the procedure and the requirements for their return, and that the majority of them find the process very difficult. Additionally, many IDPs had been displaced not only once but multiple times, aggravating their situation. While ISIS was considered the main factor for displacement, it still has an impact on IDPs’ lives in their host communities. Many IDPs are concerned about the return of ISIS as well as threats made against them for having family members that joined ISIS. Although many of the surveyed IDPs stated that they had tried to return to their areas of origin, several factors prevented the success of their actions, of which issues with security forces, issues with tribes and the presence of armed groups and militias were most often mentioned. One positive result of the study showed a decrease in the number of jobless IDPs, meaning that most of them found job opportunities in their new location.

Initially 50 participants were expected to attend the event, but due to the importance of the topic the actual number of attendees reached 82 persons, consisting of representatives from different ministries, members of parliament, as well as civil activists, journalists and human rights defenders. The conference succeeded in bringing together a large number of persons working on the subject of IDPs in the concerned provinces as well as persons directly affected by displacement. Moreover, the conference itself increased awareness on the challenges to the return of IDPs to liberated areas among relevant decision-makers across an entire spectrum of governmental institutions. Academics, IDPs and journalists were engaged in active and constructive discussions with decision-makers and relevant stakeholders on policy recommendations to address challenges to the return of IDPs. This created a momentum to increase the probability of taking effective action and following up on proposed recommendations of the study.