Iraq and the Balance of Power in the Middle East

Dialogue Forum on Geopolitics in the Middle East

From 21 to 22 November 2019, the Syria/Iraq Office of the Konrad-Adenauer-Stiftung (KAS) in cooperation with the Geneva Centre for Security Policy (GCSP) held a conference in Cadenabbia, Italy, during which current issues related to Iraq’s highly sensitive geopolitical environment as well as different international and local stakeholders involved were discussed.
December 4, 2019 Ordering Information 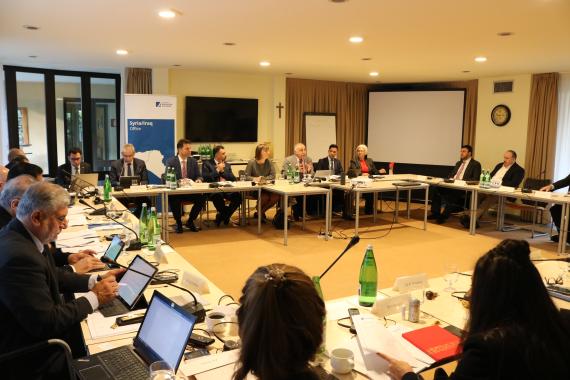 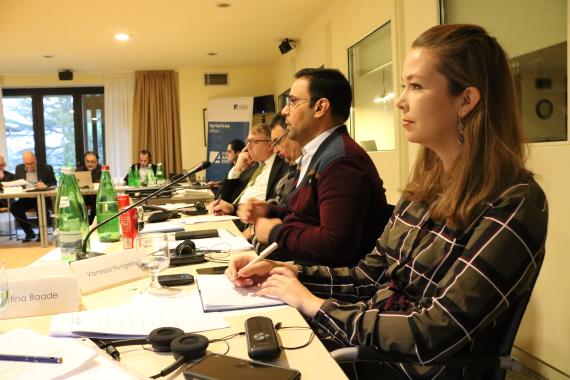 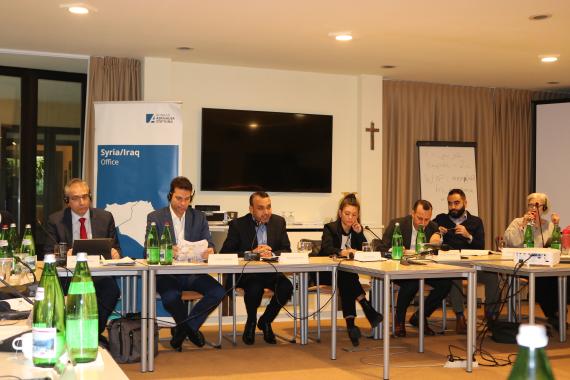 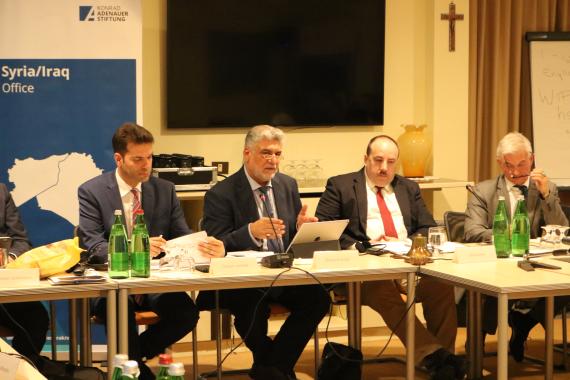 In the past, Iraqi governments have found it difficult to balance the country’s policies between the aspirations of its powerful neighbors, the expectations of its international partners and Iraq’s own national interests. The current wave of protests only adds to these issues. Therefore, in a time in which it is much needed, this two-day conference organized by KAS and GCSP on “Iraq and the Balance of Power in the Middle East” provided a platform for constructive dialogue between international and local policy makers, advisors, experts and scholars to discuss the pressing issues of the current developments in the light of Iraq.

On day one of the conference, the first panel set the stage by introducing the current political situation of Iraq as well as the interests and strategies of the two actors whose regional rivalries have the main impact on the country – the US and Iran. Considering a possible escalation of US-Iran relations, the second panel then went on to explore how to avoid potential economic damage for Iraq, who is a close trading partner of Iran and therefore on several levels also affected by the sanctions. Returning from the international sphere to national issues, the third panel addressed Iraq’s own socio-political challenges, such as the October 2019 uprising and the difficult relationship between Baghdad and Erbil.

Day two of the conference started off with the fourth panel analyzing Iraq’s security threats. While Iraq is in dire need of a feasible security sector reform, the integration of the Popular Mobilization Forces militias into the Iraqi armed forces as well as tribal mobilization on Iraq’s borders pose additional problems. The fifth panel concentrated on Iraq’s relationship to its neighbors, particularly the countries of the Gulf Cooperation Council (GCC). Closing the conference by providing an outlook for Iraq in the region, the sixth and last panel tried to reconcile US and Iranian areas of interest and discussed a possible role of the EU in empowering Iraq as a mediator in this process.

Overall, the conference successfully brought together experts, analysts and policymakers familiar with the Iraqi landscape and its influencing stakeholders to discuss pressing challenges and explore possible scenarios on Iraq’s current and future role in the Middle East. 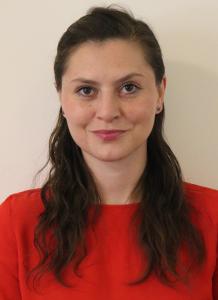 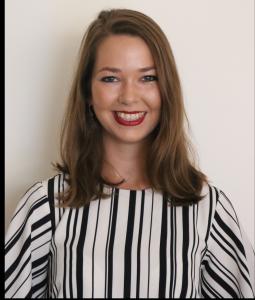