The occupation of the provinces of Ninawa, Anbar and Salahaddin by the so-called Islamic State (ISIS), which conducted ethnic cleansing campaigns against non-Sunni populations in Iraq, combined with the resulting armed conflict against the jihadi group, forced vulnerable target populations to leave these provinces, becoming thus displaced inside their own country.
June 30, 2019 Ordering Information 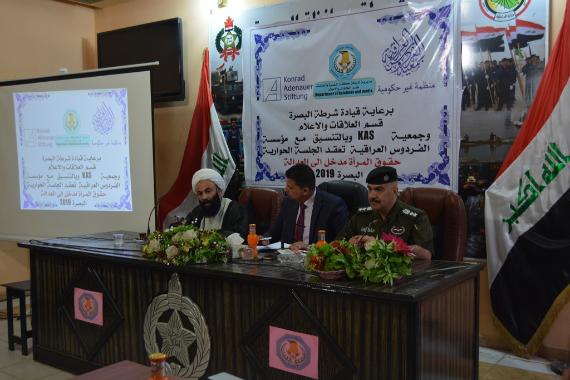 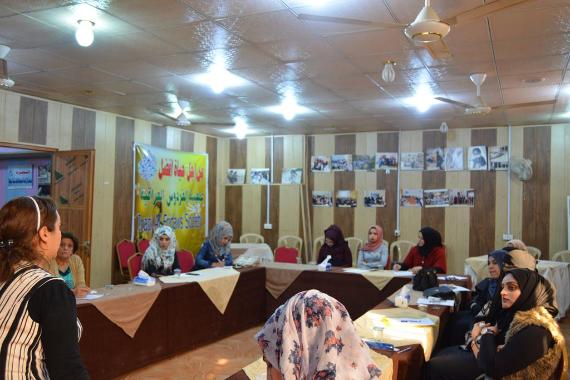 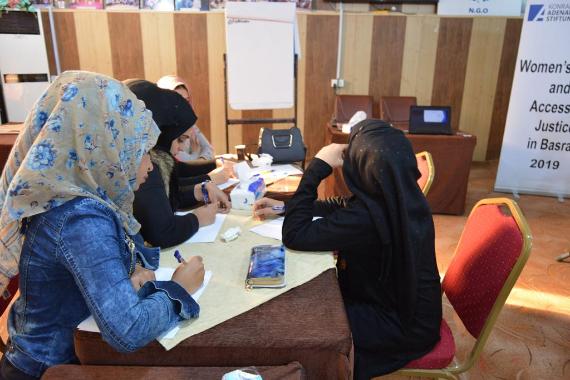 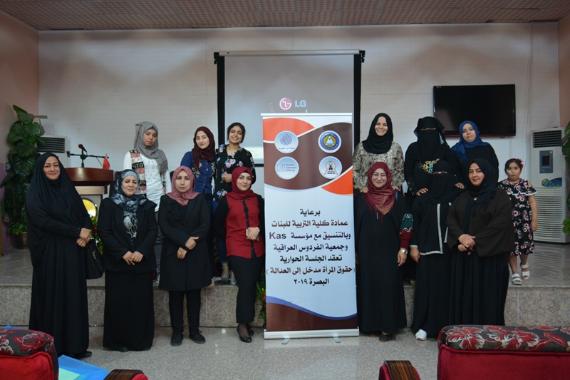 According to the Directorate of Migration and Displacement, the south Iraqi city of Basra is currently hosting 571 families of internally displaced persons (IDPs). Demographic changes caused by these displacements led in turn to more pressure on host communities on the one hand, and the emergence of integration and coexistence issues on the other, including increased levels of gender-based violence (GBV) against IDP women. In an effort to counter these developments, the Syria/Iraq office of the Konrad-Adenauer-Stiftung in collaboration with Iraqi Al-Firdaws Society organized a multi-tiered project focused primarily on developing women’s knowledge of GBV and their rights to access justice, in order to contribute to the creation of structural knowledge on women’s rights and access to justice as well as to enhance women’s roles in peace building and reconciliation.

Starting with 10 one-day women dialogue sessions on the problems faced by displaced or host community women, focusing on GBV cases they suffered especially during displacement, an increased mutual understanding between women from the IDP and host communities was created. Additionally, the most prominent cases were identified, diagnosed and their causes discussed. The participants were 200 women, 100 IDP women and 100 women from the host communities. In a second step, among those who stood out the most during the dialogue sessions, 5 female community leaders and civil society activists, 10 displaced women and 10 host community women were selected to form a women's committee. For those 25 members of the committee, a training workshop was organized in order to build their academic capacities to prepare studies, participatory analyses, and reports on GBV and conflict resolution. Following that, a two-day extended meeting was held to bring 10 academics, judges and representatives of the local government and security apparatus together with 15 members from the women’s committee with the aim of formulating recommendations on gender issues, including GBV, and on conflict management. The studies, analyses and reports prepared in the training workshop together with the outcomes of the extended meeting resulted in a paper that was summarized in a printed brochure and disseminated in Basra among concerned stakeholders and decision-makers. At last, an advocacy campaign that consisted of ten visits by the women's committee to related local government institutions was held. It promoted and discussed the content of the brochure in addition to recommendations adopted by the women’s committee. It also included open sessions thought as participatory meetings for the development of ideas and solutions to GBV.

At the end of this project, the participants built trust-based relationships with police, judicial and local authorities, and were able to monitor GBV cases, address women's human security, and advocate for better security policies in response to gender considerations. Furthermore, improved policies related to gender issues found a place on the agenda of local government representatives, based on the advocacy campaign.