Iraqi-Syrian Borders, Post-ISIS areas and the Frameworks of Stabilization and Governance

Having been a major conflict zone over the past decade, the Iraqi-Syrian border region has experienced civil war, state disintegration, the rise of militias and non-state actors. These dynamics have had a significant impact on the countries’ shared border and the broader population in adjacent areas. To analyze and discuss the Iraqi-Syrian border, post-ISIS-areas and the frameworks of stabilization and governance, the Syria/Iraq Office of the Konrad-Adenauer-Stiftung (KAS) organized a workshop in partnership with Carnegie Middle East Center held in Beirut.
June 12, 2019 Ordering Information 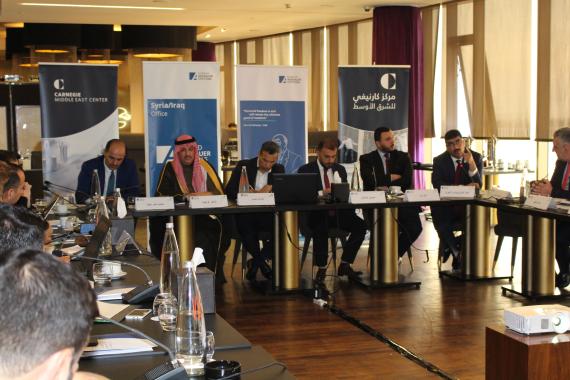 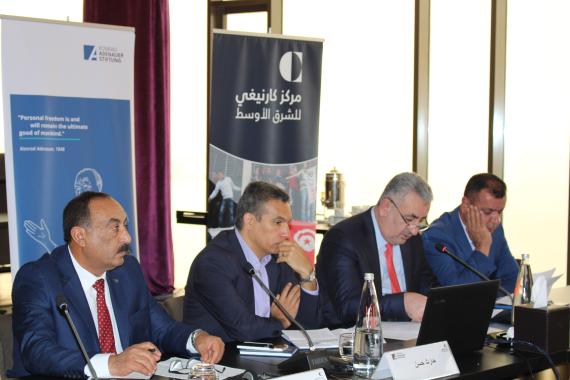 The workshop brought together experts and researchers, local leaders and officials from the provinces of Ninawa and al-Anbar, Iraq and aimed at identifying and analyzing the emerging dynamics on the two sides of the border as well as the reconstitution of relations with the centers in both Iraq and Syria, cross-border relations, the new local actors and the impact of geopolitical rivalries and external powers. In addition, the activity also aimed at creating a platform of dialogue for inhabitants and officials of the border governorates.

The participants discussed the challenges of governance and stability in the Ninawa province, which is home to the Yazidis, an ethnic and religious minority. After the fall of ISIS, the situation in the city of Sinjar in Ninawa is still extremely precarious due to the presence of numerous armed militias with competing agendas and the lack of reconstruction and support from the government. Members of all ethnic groups agreed that the Yazidis deserve justice and need to be involved in the political and social future of the region.

Especially the tribal leaders and officials that participated emphasized that the four years under ISIS did not only disrupt the social fabric and left entire villages and families in despair but also caused an enormous amount of destruction. The reconstruction process is unnervingly slow and ISIS has not been defeated and still remains active in the area. What raises hope for a better future is the region’s rich natural resources (extensive gas and oil fields) that could provide job opportunities and wealth. Creating new jobs is crucial for the region and would not only benefit the governorates but also the entire country.

Looking back, the most pressing issues in both governorates are on the one hand the huge degree of destruction and the lack of state sanctioned recovery projects and on the other hand the destroyed social fabric, the climate of distrust between the different ethnic and religious groups that used to coexist peacefully before the rise of ISIS. The region remains in a precarious state, both concerning security, livelihood and politics, and there is a dire need for national and international help and intervention.