The Syrian civil war has caused a significant amount of suffering and destruction in Syria since its beginning in 2011. Now, even as the violence dies down in many areas in Syria, the conflict is not yet over, and as the war enters this new phase, the need for critical and investigative journalists becomes increasingly evident. The lack of resources and on-the-ground coverage that ensued as a result of the conflict has given rise to independent, local journalism since 2013. In order to promote the young and independent media landscape in Syria, KAS and the NGO Syria Direct conducted training courses for citizen journalists in areas recently freed from the control of the Islamic State and for citizen journalists residing in displaced communities.
October 18, 2018 Ordering Information 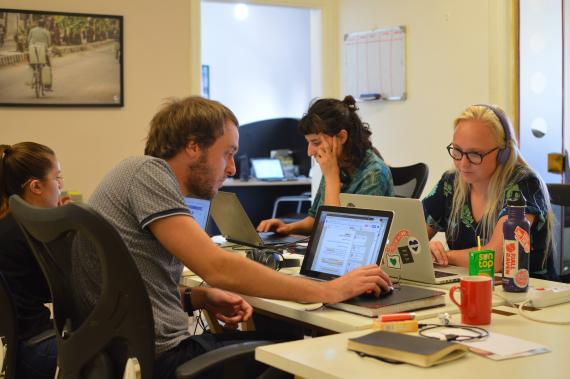 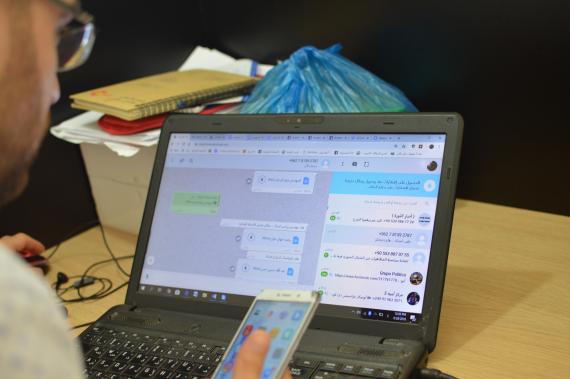 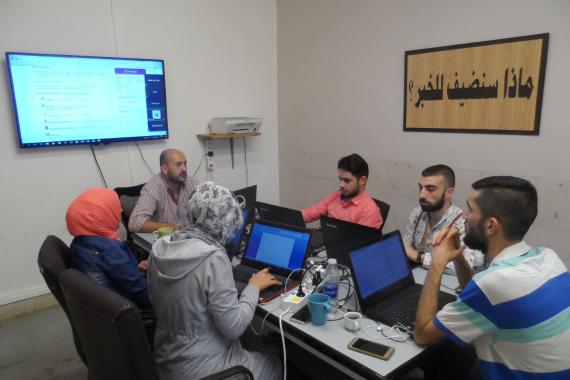 The Team at a Training Session about Digital Security

Building upon the success of the three community reporting projects from 2017, Syria Direct and the Syria/Iraq Office of the Konrad-Adenauer-Stiftung (KAS) set out to expand the scope of last year’s projects and turn their attention to supporting local reporting in areas formerly under the control of the Islamic State (IS) and in communities of internally displaced people (IDP). For both projects, journalist trainees attended remote workshops on interview skills, media writing, data journalism and digital security. Each trainee was then paired with a journalist mentor to guide them through the development of their ideas and arguments as well as the writing and reporting process that followed. By publishing on its own digital platform and social media and translating the content into English, Syria Direct significantly expanded its target audience and established contact with the local and international readership, encouraging interactive discussions as they shed light on important events.