Professionalising Studies on Women Issues and Peace Building in Ninawa

The Ninawa province in Iraq is diverse in terms of religion, ethnicity and culture. During the occupation of Mosul by the so-called Islamic State, which lasted more than three years, inhabitants suffered from terror and faced gross violations of human rights. Even after the liberation in 2017 the women of Mosul suffer from post-traumatic stress and have difficulties to re-establish trust in their society. To help and support these women, the Iraqi Institution for Development (IID), in collaboration with the Syria/Iraq Office of the Konrad-Adenauer-Stiftung (KAS), created Qadirat, the first women’s organization in Mosul.
February 28, 2019 Ordering Information 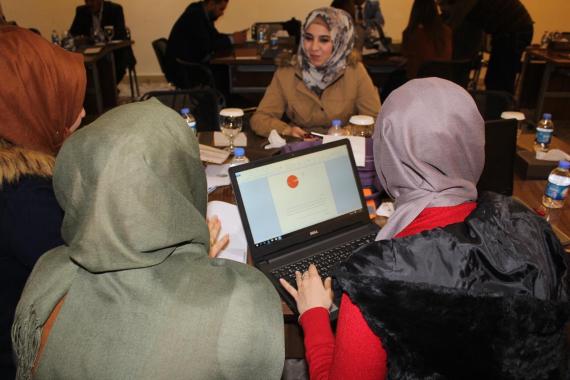 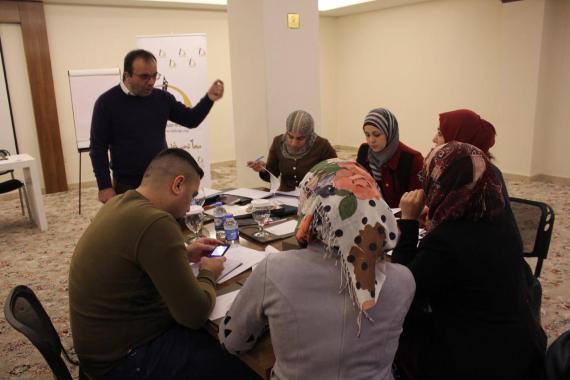 In 2018 KAS conducted along with IID capacity building trainings for women who founded and are volunteering at Qadirat. The project aimed at empowering women to contribute to the advancement of women’s issues in Ninawa, through research based on international academic standards. Building on their past collaboration, KAS and IID collaborated again to further train the skills of Qadirat’s members in academic research and writing.

The project was designed for a group of women between the age of 20 and 35 that are part of the organisation Qadirat and hold a university degree (BS, BA, MA, PhD). After having gained skills in research methodologies and on development themes related to peace building and social cohesion in 2018 and working in six groups on the research topic afterwards, the subsequent activity in January 2019 provided the groups with the opportunity to present the results of the research and to receive feedback and advice.

During the following days, the women edited their studies according to research writing standards and practised how to write research and studies. Afterwards they presented changes and improvements that were added to their research to submit the final version of the studies at the end of the workshop. The six studies were published on IID’s website.