by Gregor Jaecke, Nauel Semaan
Caught in between international influences while still fighting against the Islamic State, Baghdad wants to take a step forward towards more stability and economic revival.
September 27, 2019 Ordering Information 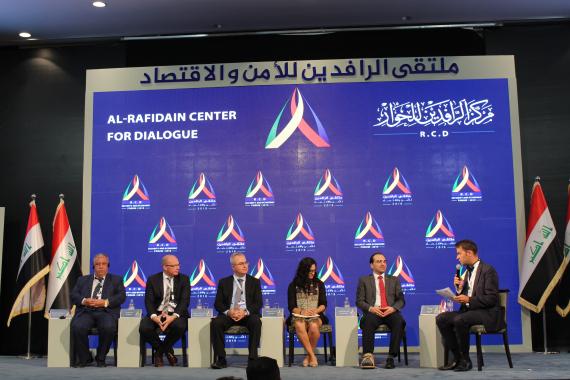 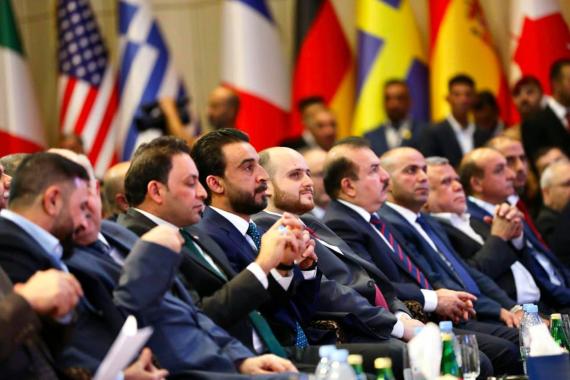 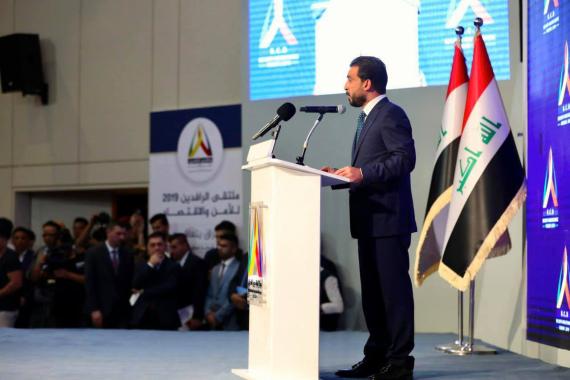 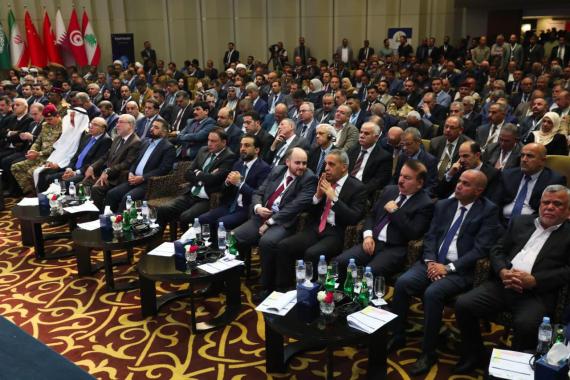 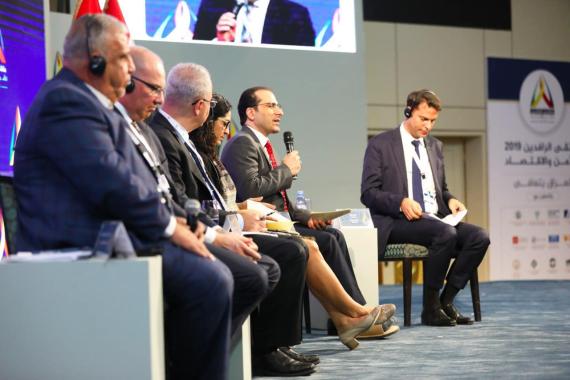 Shaped by its fragile situation during the last decades, Iraq has often, if not most of the time, been looked at predominantly in terms of security policy. Especially the international community, among them many donor countries, has taken this approach when categorizing the country according to their national interests. Since last year, after parliamentary elections in May 2018 and the subsequent slow-moving formation of government, the security situation on the streets in Baghdad has nevertheless improved. Large parts of the Green Zone were reopened and many T-Walls as well as checkpoints were removed. Concerning this matter, an Iraqi expert noted recently that “Baghdad has not been this safe in a long time.”

As a cooperation partner of the Iraqi think tank Al-Rafidain Centre for Dialogue, the field office Syria/Iraq of the Konrad-Adenauer-Stiftung (KAS) organized one of the panels on the Security and Economic Forum 2019, titled “Iraq is recovering“. From 27 to 28 September 2019, Iraqi, regional and international experts came together at the Babylon Hotel in Baghdad to discuss the current security situation of the country and to debate possibilities of economic development under the given political circumstances. With the choice of the conference’s title, the event organizers wanted to show: Iraq wants to evolve – from an unstable security situation to economic redevelopment. The field office also invited a German delegation of representatives from the KAS headquarter in Berlin as well as from two KAS working groups (“Young Foreign Affairs Politicians” and “Terrorism and Inner Security”) to this forum.

On the panel “War on Terror”, which was moderated by Gregor Jaecke (head of the field office Syria/Iraq), Nils Wörmer (team leader Foreign, Security and European Policy at KAS) spoke about Germany’s contribution to the fight against terrorism and extremism. He stressed the importance of the German presence in Iraq, which should neither be questioned domestically nor internationally anymore. Wörmer made clear that Germany should support Iraq during the ongoing fight against the so-called Islamic State, to prevent a regaining of strength of the terrorist group and to face their transformation into a guerilla typed group.

The second day of the conference placed special emphasis on the economic reconstruction of the county after former PM Haider al-Abadi’s declaration of military victory against the Islamic State in 2017. The Iraqi speakers view the relative stability of the last months as a chance to boost the Iraqi economy into utilizing its full potential again. For this purpose they are working together intensively with international cooperation partners and donors, among other measures. In addition to that, the Iraqi government makes great efforts to create a more attractive destination for international private investors. Baghdad is working under the assumption that political stability cannot be sustainable without economic advancement.

In the context of the conference’s program, the delegation had the chance to meet different high-ranking national and international representatives of politics, science and military. Among them was, besides the Chief of Staff of the Iraqi army and representatives of different think tanks, Shiite cleric and politician Ammar al Hakim. Independent of their political and religious views, all speakers emphasized the urgency of an ongoing fight against the Islamic State. Although defeated militarily, the Islamic State still presents a great danger to the citizens of Iraq, but also to Europe, Asia and Africa. The above mentioned actors agreed that Iraqi security agencies should proceed against the increasingly in the underground operating terror organization with special police forces and intelligence co-operation.

The potential escalation between the US and Iran – both states exert wide political and military influence over Iraq – presents another challenge for the country. The Americans are not only involved deeply in the Iraqi security interests through the International Coalition against the Islamic State – they also play an important role in the country’s economy. Opposite to this influence are the Iranian or Iran-backed Shiite militias, which grouped together under the Hashd al Shaabi (Popular Mobilization Forces) have been part of the Iraqi security sector since 2014 and are seen as proxies of Iran in Iraq both ideologically and militarily. The speakers unanimously agreed that the Iraqi government should remain neutral between both parties of influence to avoid the destabilization of the country.

During the visit to the military camp in Taji and the German soldiers who are stationed there, the complex topic of the Hash al Shabi was discussed in addition to current security policy challenges of the region.  Their responsibility for an attack against the military property on 1 September 2019 is suggested by national and international experts. The attack was mainly directed against American troops, who share, however, the base with the Germans and other international partners of the International Coalition against the Islamic State. Both German soldiers and representatives of the German embassy, whom the German delegation was able to meet during their visit, are of the opinion that a targeted German involvement in Iraq, a key nation for the whole region, is needed.  Apart from operating in other important areas (such as development and economic cooperation), the German training mission makes valuable contribution to the stabilization of the country. One thing is certain: Germany is regarded as a reliable and trustworthy partner in Iraq, enjoying great respect. Both Iraqis and the international partners desire an even more intensive German involvement in Iraq.