Workshop on the Status of the Shiite Clergy in Iraq

In Iraq's denominationally polarized political and social landscape, religious authorities play an important role in determining the country's direction. This is especially true for the Shiite clergy and their religious center in Najaf, which is of particular importance for the Shiite population in Iraq. In order to analyze the relationship between the Shiite authorities and Iraqi politics, society and economy, the Syria/Iraq Office of the Konrad-Adenauer-Stiftung and the Central European University (CEU) organized a workshop on January 22nd and 23rd in Beirut, which was attended by over 20 Iraqi clergy, international scholars and academics. A follow-up event, set to take place in April 2019, will examine the role of Sunni actors in Iraq.
February 18, 2019 Ordering Information 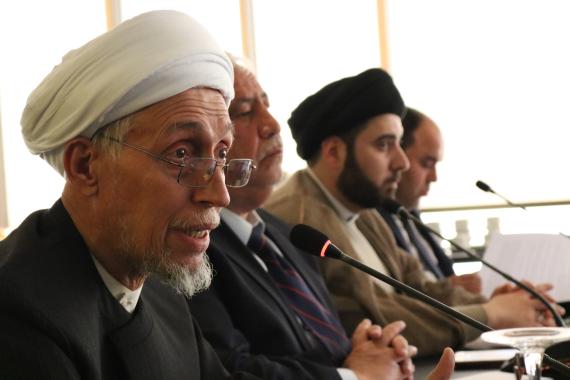 The participants of the conference in Beirut 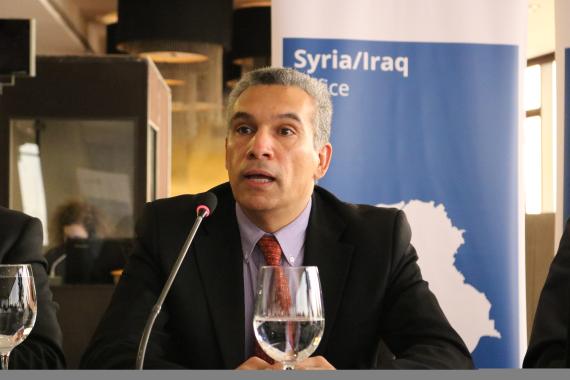 Harith Hassan (CEU) at the conference 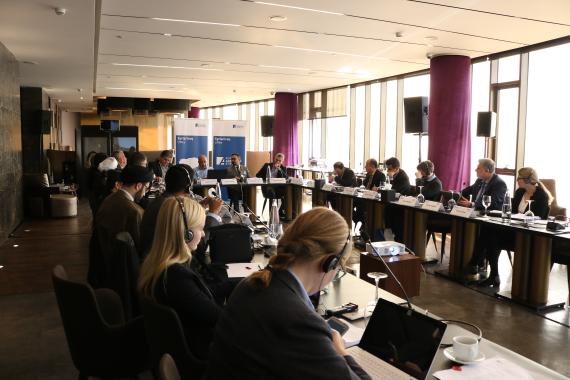 The roundtable discussions in Beirut

After welcoming words by Gregor Jaecke, Head of the KAS Syria/Iraq Office, Harith Hassan, a researcher at the CEU introduced the topic to the audience. The first day of the conference was devoted to transnational networks of Shiite scholarly seminars. In particular, the differences between the Hawza (University that educates the Shiite clergy) in Iranian Qum and the Hawza in Iraqi Najaf were highlighted. In contrast to the Shiite school of thought in Qum, which follows the tradition of Ayatollah Khomeini and demands a close relationship between politics and religion, the seminar in Najaf on Ayatollah Sistani advocates a formal separation of the seminar from politics. Nevertheless, Najaf plays an influential role in Iraqi politics as well as in the economy, as the participants of the workshop noted in detail. The second day of the conference discussed the different currents within the Shiite community in Iraq and the relationship between the Shiite seminars and the Shiite tribes in central and southern Iraq. In addition, the future significance of the Marjai'ya (the highest Shiite religious authority) in Najaf after the death of Sistani was discussed, as well as how the transition from Sistani to his successor might look in practice.