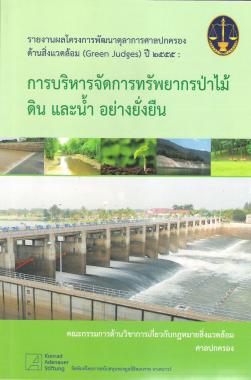 The publication of the Office of the Administrative Courts of Thailand (OAC) financially supported by Konrad Adenauer Foundation; in Thai language only

The political dispute in Thailand is far from being resolved. Even though Thai citizens cast their votes in a national election on Sunday, Feb. 2, the question remains whether the formed government will gain enough stability to bridge the great divide which separates its population into pro-government and opposition forces. However, according to Mr. Winzer who is head of the Konrad Adenauer foundation in Bangkok, this outcome is rather unlikely. In his interview with Deutsche Welle, he predicts that the ongoing feud between government and opposition will remain contentious. 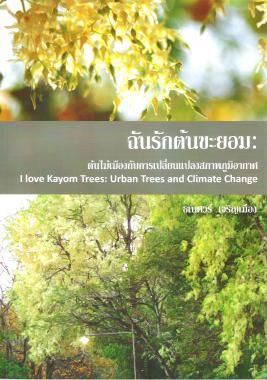 This book identifies growing problems of relationships between people, buildings, roads, and trees in urban areas; and reveals the results of people paying inadequate attention to the environment. It also discusses the role of national politics which prefers material development to keeping of a well-balanced and liveable city.Professor Dr. Tanet Charoenmuang was a lecturer of the Faculty of Political Science, Chiang Mai University and is one of the founders of Urban Development Institute Foundation.The publication is in Thai language only. 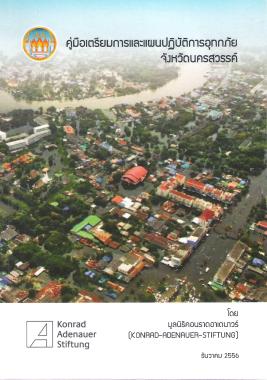 After the great flood in the year 2011, KAS Thailand together with Nakonsawan Provincial Administration, governmental operation units, and private sectors has analysed and researched about the courses, organised many seminars and dialogues to exchange ideas among experts in order to reduce the damage from the flood which may happen in the future. This publication therefore aims to disseminate the geographical knowledge and hydrology of the province, flood-risky areas as well as the flood management strategy to both governmental and public sectors. This publication is in Thai only. 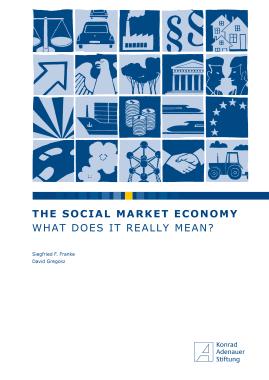 What does it really mean?

The Social Market Economy is a proven economic and social model that not only provided Germany with its economic miracle after the Second World War, but that also brought the country many years of stability and prosperity. But despite its merits, many people find it difficult to describe what is really meant by the term "Social Market Economy". This publication seeks to change this by introducing and explaining in greater depth the key principles of the German economic system. 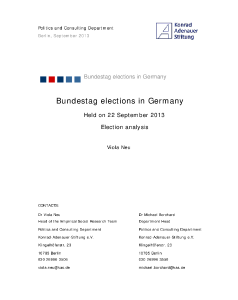 The CDU achieved a particularly good result, its best since 1994. The election results are above all a show of trust in Chancellor Angela Merkel. 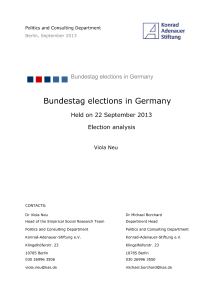