“Integrity is a crucial determinant of trust, and trust in state institutions is the basic requirement for stable and functioning democracy. Democracy starts from below. The LGUs are an important level [This level is where the government is face-to-face with the citizen].” Dr. Stefan Jost, Country Director of the Konrad-Adenauer-Stiftung Office in the Philippines, said in his welcoming remarks during the National Integrity Forum last September 17, 2020. The forum was organized by the Local Government Integrity Circles (LoGIC) Project, together with the Konrad-Adenauer-Stiftung and the European Chamber of Commerce of the Philippines (ECCP). Dr. Jost added, on the importance of the Project’s integrity-building work, that the Project’s focus is on the local level as a result of years of work, but collaboration with civil society and businesses is required.
22 de septiembre de 2020 Obtener información sobre pedidos 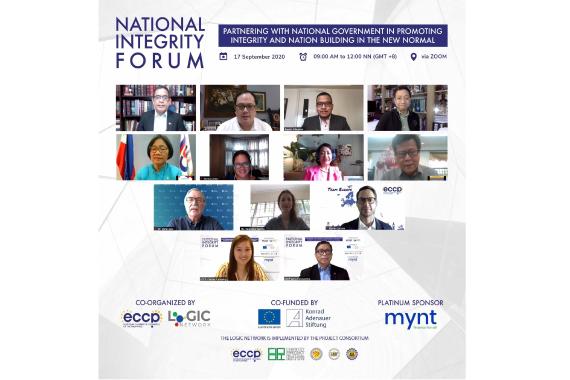 “Since 2014, the European Union has been moving towards a rights-based approach, reaffirming the principles of transparency and accountability as means and goals of cooperation with our partner countries. The European Union is working with local authorities, the private sector and civil society in that regard,” Ms. Stephanie Carette, Attaché – Programme Manager, Delegation of the European Union to the Philippines, said in her message. She added that these are important for pushing for integrity, adding that the private sector can be an engine of growth. “We support the call of the government to heal and recover as one, for by working together, we can strengthen our resolve to overcome the challenges, build back confidence in the economy,” said Mr. Florian Gottein, Executive Director of the ECCP. Mr. Gottein emphasized the importance of the forum because of the ECCP and LoGIC’s goals of strengthening their partnership and integrity-building initiatives with the national government. Additionally, he added that, through integrity, a nation can secure its economic competitiveness.

The latter half of the forum discussed the government’s numerous efforts in integrity-building. The Seal of Good Local Governance (SGLG), a program of the Department of the Interior and Local Government (DILG), is a key thrust in improving public service delivery. Usec. Jonathan Malaya, Undersecretary for Plans, Public Affairs, and Communication of the DILG, said the SGLG is a progressive assessment system on the LGUs’ capacity to deliver public service, good governance principles, and the LGU’s subsequent performance.

Another metric of the performance of various LGUs is the Cities and Municipalities Competitiveness Index (CMCI). Dir. Lilian Salonga, Director of the Competitiveness Bureau of the Department of Trade and Industry, emphasized the importance of local competitiveness in improving the country’s overall competitiveness. The CMCI is based on four pillars: economic dynamism, government efficiency, infrastructure, and resilience. The Department of Agriculture also had similar initiatives in fostering integrity and came up with their own set-up of integrity circles among stakeholders, said Usec. Rodolfo Vicerra, Undersecretary for Planning and Policy of the Department of Agriculture. Meanwhile, Anti-Red Tape Authority Deputy Director General Ernesto V Perez had a similar vision, saying “we will ensure that there is transparency and accountability in public service.“

Moreover, Atty. Michael Aguinaldo, Chairperson of the Commission on Audit said “we have a lot of laws on accountability” and emphasized the importance of improving implementation. Mr. Aguinaldo showed that their mission is two-fold: first is being the watchdog of public resources, and second is to provide trainings and seminars to ensure the efficient use of these resources.

Architect Carlito Uy, Chairperson of the South Cotabato Integrity Circle, emphasized the importance of the role of CSOs in raising awareness and advocating for changes, championing citizens, and supporting solidarity, among others. In addition, he elaborated on the positive changes that Integrity Circles have achieved, most notably changing the paradigm from LGUs, CSOs, and businesses acting in their own spheres, to a more interconnected collaboration among stakeholders. He also highlighted the crucial role that South Cotabato Integrity Circle played on institutionalizing the integrity circle as recognized partner of the provincial government, through the passage of the provincial ordinance. Part of the content of the ordinance has been the provincial initiatives to recognize annually the work of the LGU employees through the Dangal ng South Cotabato Employee Award, and the private companies operating in the province through the Dangal ng South Cotabato Enterprise Award since 2018.

Lastly, the forum entitled “Partnering with National Government in Promoting Integrity and Nation-Building in the New Normal” discussed the opportunities for improving the nation’s integrity situation even in the midst of the COVID-19 pandemic. 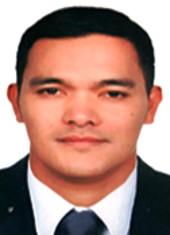