Long-term support of KAS by setting up a fund

Long-term support for individual tasks carried out by KAS can be achieved by setting up a fund or an endowment contribution to an existing fund. Under certain conditions, the funds may bear the name of their founder.

Benefactors and donors have achieved a lot through funds – here are a few examples:

The Konrad-Adenauer-Stiftung established this fund in May 2004 with a first major donation, which has since received further funds. From the fund assets and its proceeds, the foundation supports a broad spectrum of activities that focus on the ideas and principles underpinning a social market economy. The objective is to achieve widespread acceptance of the social market economy in Germany and worldwide.

The donations account for the social market economy funds:

Erica Weimar who passed away in late 1997, bequeathed her assets to the Konrad-Adenauer-Stiftung. In accordance with her wishes, the KAS set up a fund named after her parents, Theodor and Elisa Weimar. The fund uses its proceeds to support the academic education and training of talented young people, particular German students and gifted young journalists.

In the year 2000, the Konrad-Adenauer-Stiftung was granted an inheritance from the estate of Werner Hintzler in order to financially strengthen political education work. During his lifetime, Werner Hintzler was devoted to the principles and life work of Konrad Adenauer and his last will reflects his wish to financially support democracy and rule of law over the long-term.

Even ten years before her death in September 1993, Else Heiliger determined the Konrad-Adenauer-Stiftung as sole heir to her assets under the condition that it promotes and financially supports needy German artists.

The foundation used the estate assets to found the Elise-Heiliger-Fonds (EHF) in 1994. Since then, it has supported artists in a variety of ways and financed important cultural activities of young talent. Given that Else Heiliger decreed that her assets be used promptly, the programme is set to expire at the end of 2009.

In order to secure this successful promotion of artists beyond the year 2009, dedicated sponsors of contemporary art initiated the trustee programme “Else-Heiliger-Fonds 2010”. In line with the civic commitment demonstrated by Else Heiliger, each trustee supports the fund with €30,000 and hence contributes towards the KAS’ continued assistance to artists during key stages of their career.

The dependent Norbert-Lammert-Stiftung was founded on 18 November 2002 on the initiative of the benefactor and current chairman of the Konrad-Adenauer-Stiftung Dr Norbert Lammert. The foundation’s assets are held in trust by the Konrad-Adenauer-Stiftung. Objectives of the foundation include: promoting education and training, art and culture as well as understanding among nations and tolerance.

In 2008, Ms Luise Spliedt bestowed part of her assets to the Konrad-Adenauer-Stiftung based on a legacy, under the condition that it be used as a study grant for children from low-income families. Resources from this fund had to be spent by 31/12/2016 in accordance with the wording of the legacy and the decision of the tax authority.

The Konrad-Adenauer-Stiftung established the relief fund “Internationale Sicherheit” with the help of earmarked private donations. Resources from this fund are intended for the material and non-material support of politically persecuted persons abroad, who suffer hardship for defending justice and freedom.

In 2004, the Konrad-Adenauer set up the Generationenfund der Altstipendiaten with the help of earmarked third-party donations and contributions from former KAS scholarship holders.

Get involved and save taxes

Changes to non-profit and donation law, which entered into force retroactively as of 1 January 2007, enable significant tax breaks for donors and benefactors. The special expenses deduction for endowment contributions towards a non-profit foundation’s basic assets has also been increased. With an endowment contribution towards an existing fund of the Konrad-Adenauer-Stiftung or by founding a new fund benefiting other aims (as chosen by you), which are laid down in the Articles of Association, you are supporting democracy and rule or law and contributing towards securing peace and freedom around the world.

Please also visit the “Circle of friends of the Konrad-Adenauer-Stiftung” and get information about interesting study trips and seminar programmes including other advantages afforded by the Circle of friends . 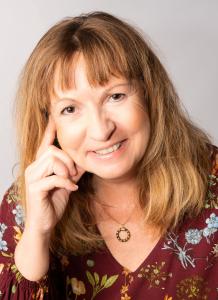