Discussion Forum on "the Nexus between the Humanitarian Crisis in the Lake Chad Basin Region and Climate Change" with focus on the influence of environmental shift and different approaches in living with Climate Change.
8 septembre 2017 Informations de commande 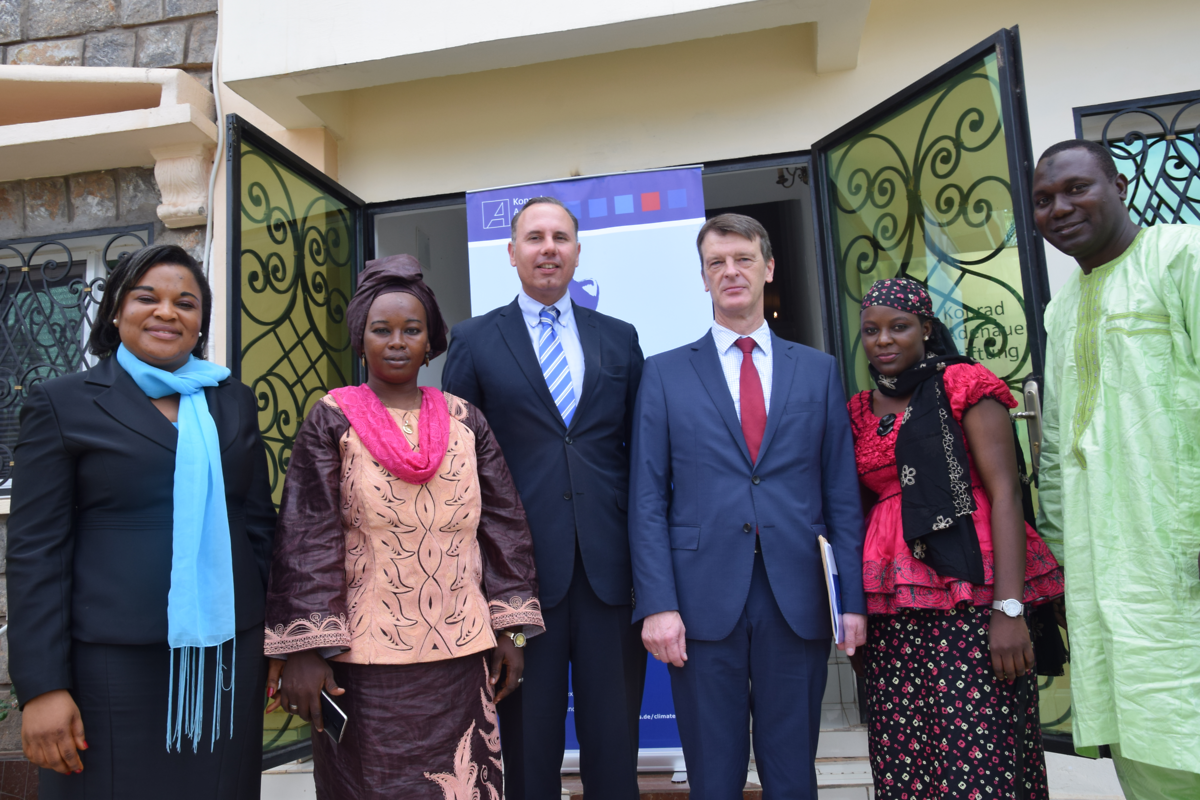 On the 05th of September 2017, the Konrad-Adenauer-Stiftung Climate Policy and Energy Security Programme

organized a workshop on the "Lake Chad Humanitarian Crisis and Migration exacerbated by Climate Change".

Lake Chad Region is historically large, shallow and economically important, providing water to more than 68 million people living in the four countries surrounding it: Chad, Cameroun, Niger and Nigeria. Its size has varied considerably over the centuries. According to the Global Resource Information Database of the United Nations Environment Programme, it shrank by as much as 95 % from about 1963 to today, leading to an humanitarian crisis in this area.

Due the importance of the topic, the Konrad Adenauer Foundation as part of its Climate Policy and Energy Security programme for Sub-Saharan Africa organised a discussion forum bringing together government officials, experts, and students from the 4 countries that make up the Lake Chad Region. Among the distinguished guests was also the special participation of the Deputy Head of Mission at German Embassy in Yaounde, Mr Lars Leymann who introduced the debate along with Professor Mark Bolak Funteh, Associate Professor in Peace Studies of the University of Maroua Cameroon, and Professor Dr. Oliver Ruppel, Director of the Konrad-Adenauer-Stiftung Climate Policy and Energy Security Programme.

The overall objective of this conference was therefore to gain a more in-depth and holistic understanding of and, at the same time act as an awareness forum on, the intricate interrelation between climate change and the vulnerability of the inhabitants of the Lake Chad Basin area. Human crises that come along with these changes include diseases, food and nutrition insecurity, forced migrations, resource competition and conflict, poverty and terrorists actions. 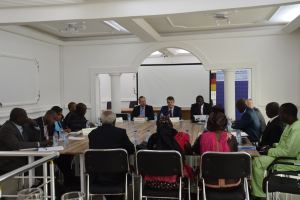