Hydrocarbons in the Offshore - www.kas.de

Hydrocarbons in the Offshore

Natural Gases in the Mediterranean

On Wednesday, March 16th, 2022, The Konrad-Adenauer-Stiftung (KAS) in collaboration with the Lebanese Citizen Foundation held a hybrid discussion session at ESA Business School in order to present a new study titled “Hydrocarbons in the offshore: optimizing the economic return for Lebanon”
2022 Maret 16 Informasi pemesanan 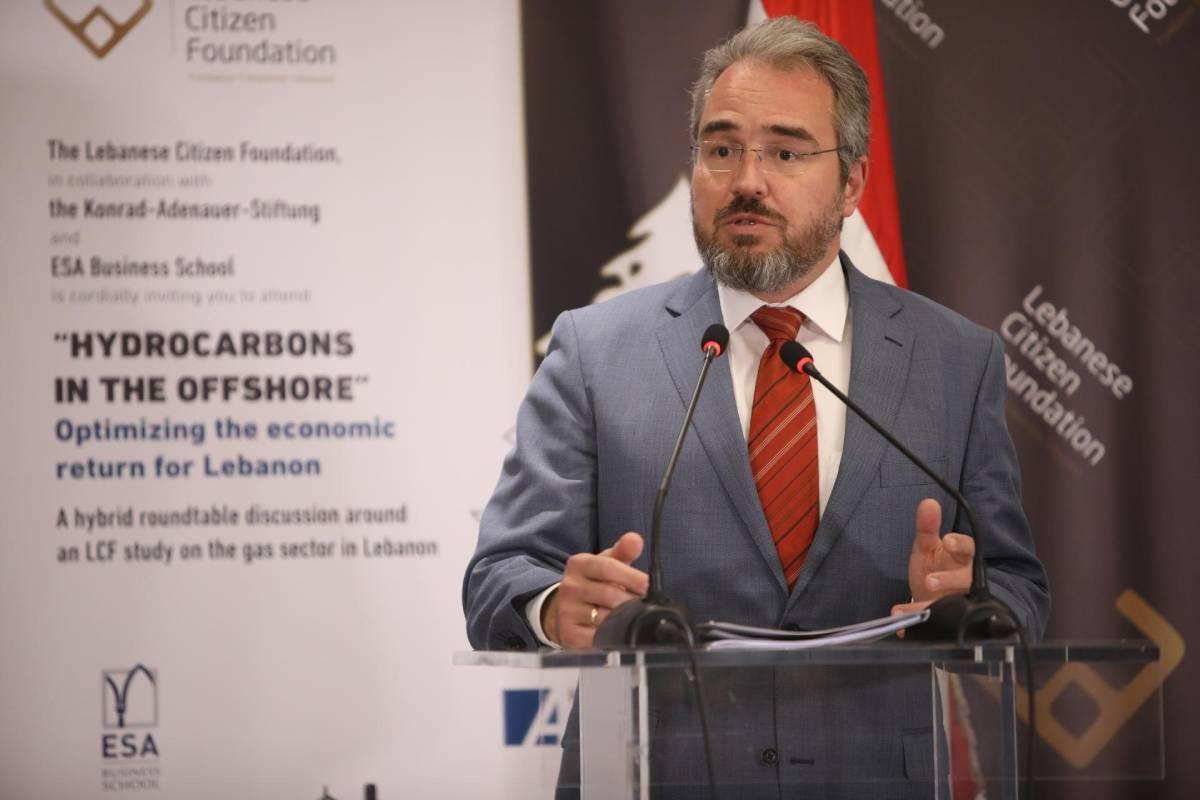 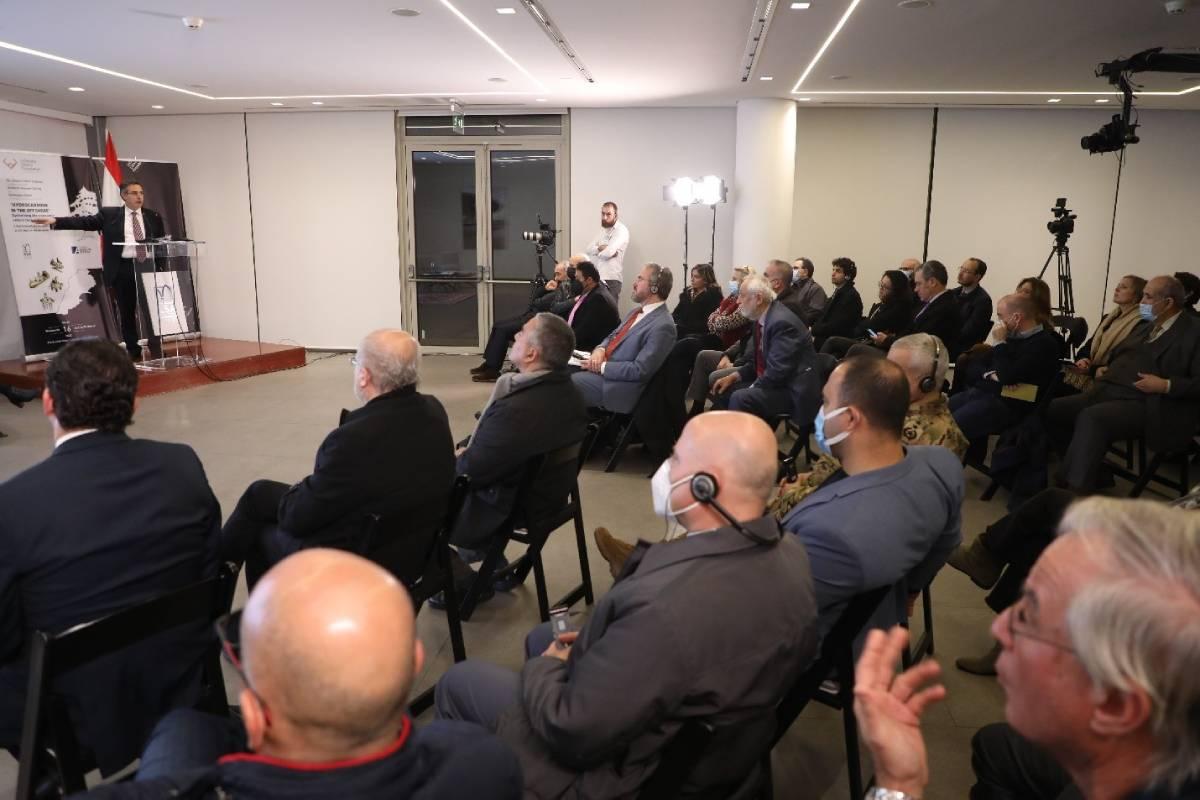 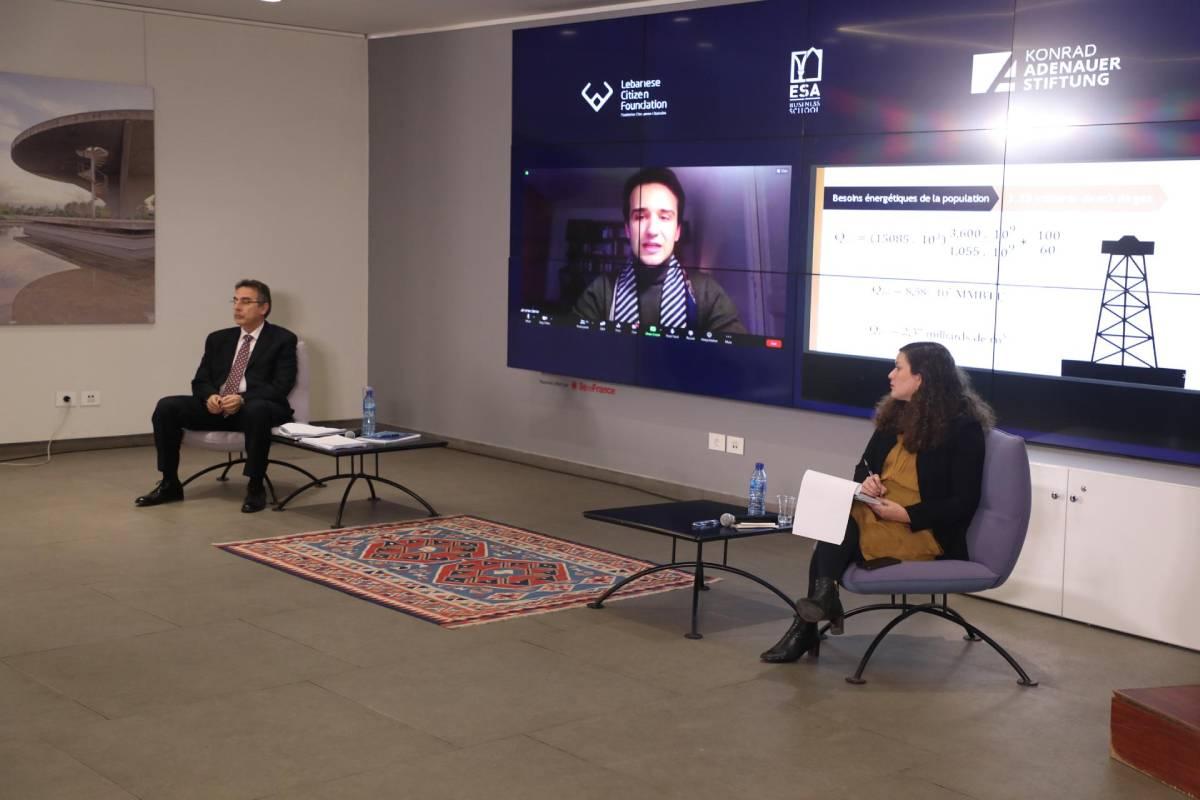 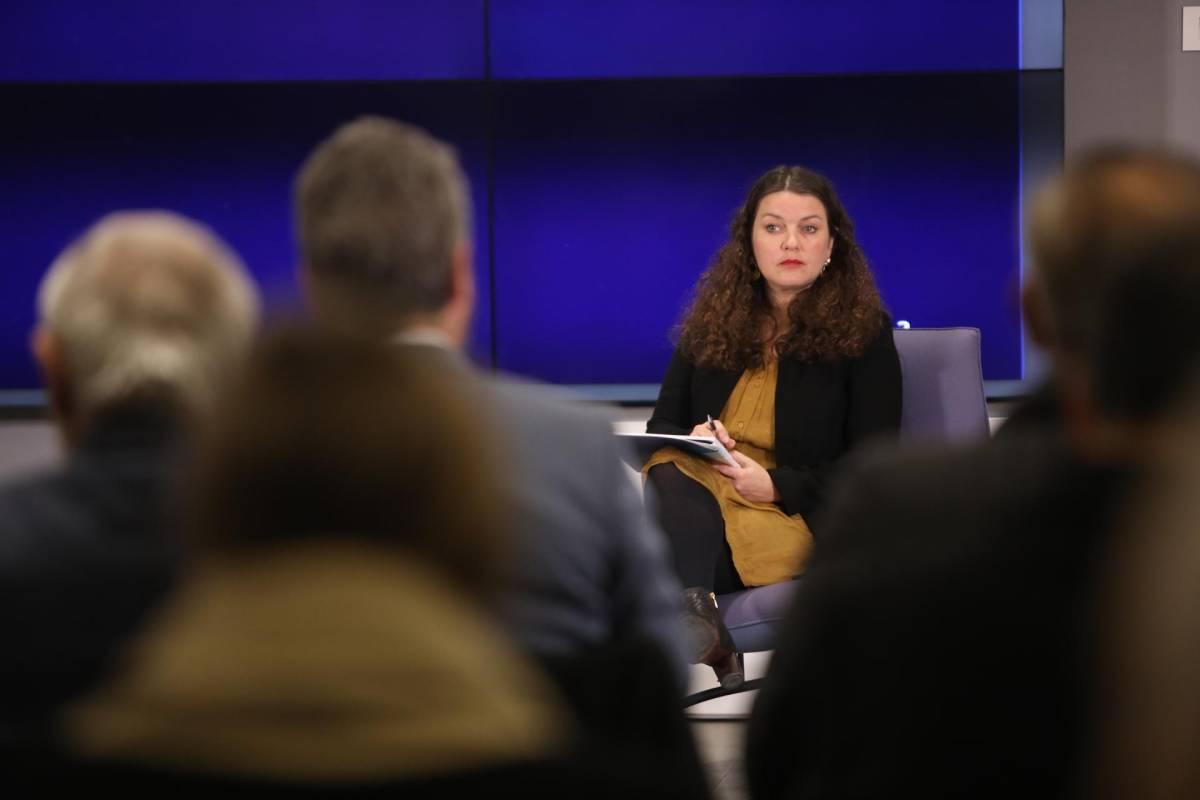 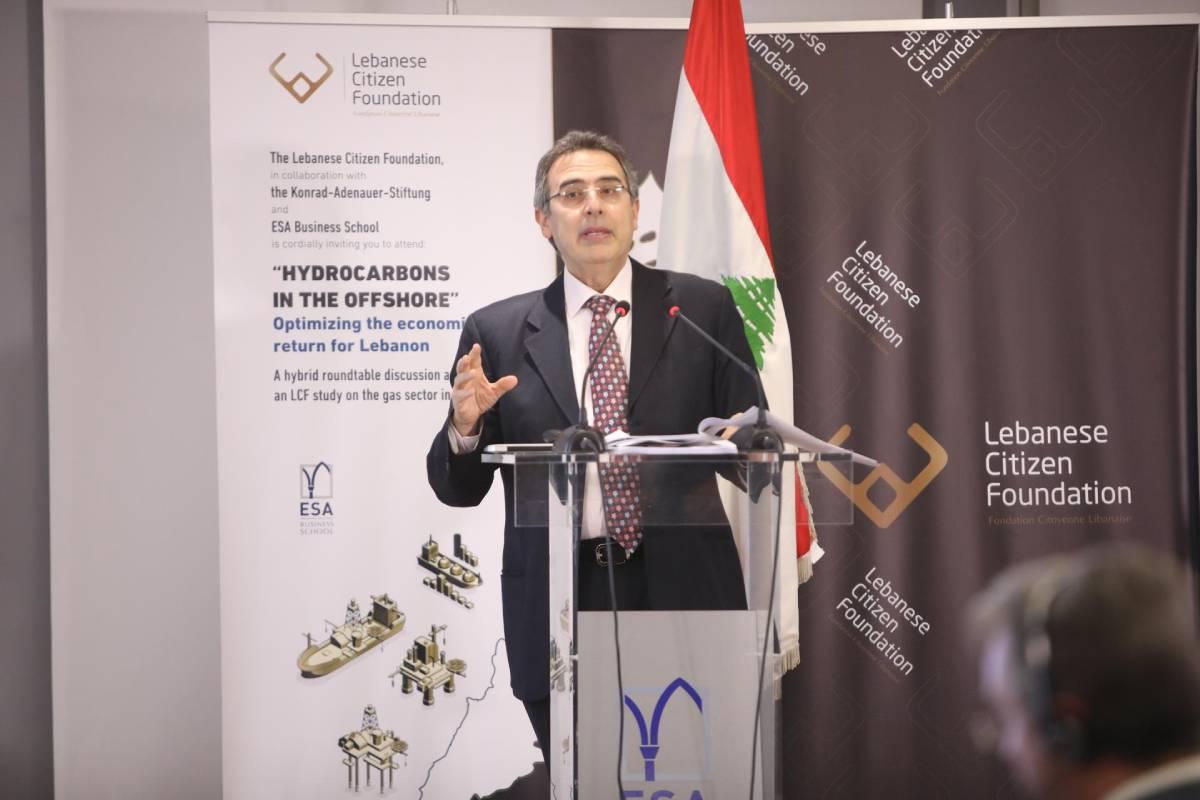 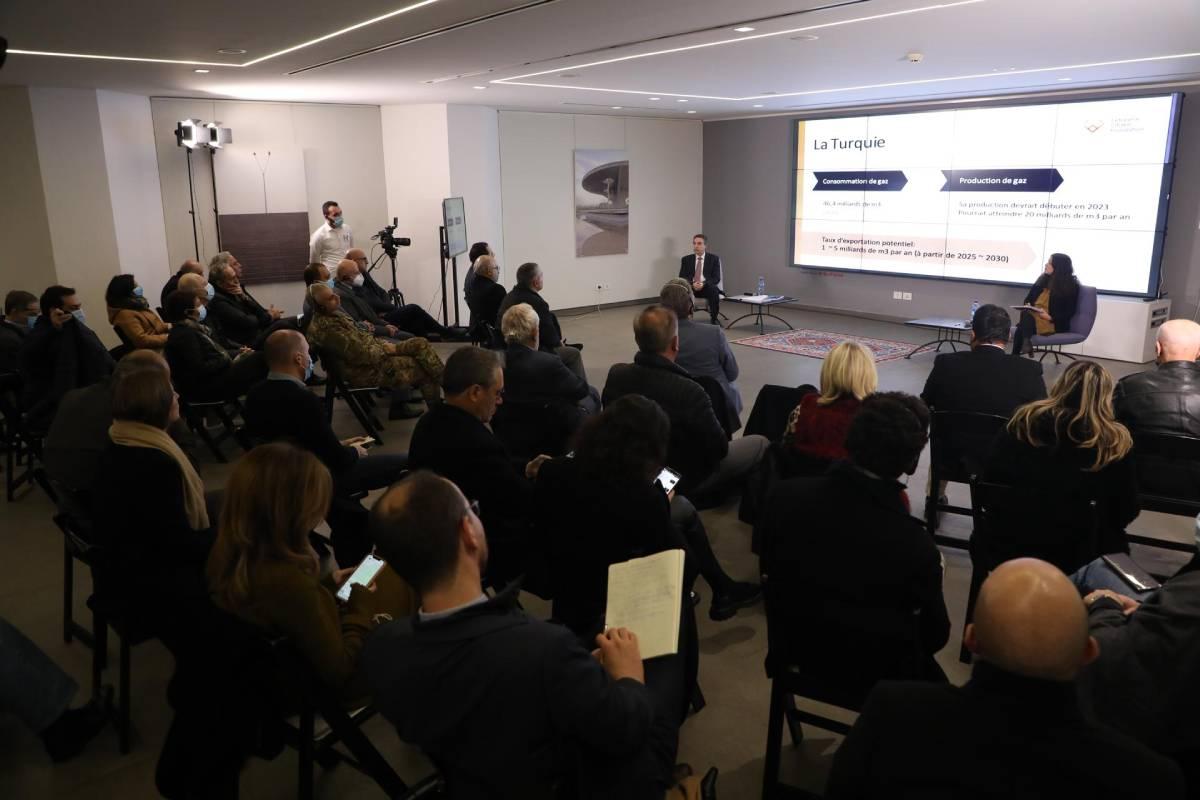 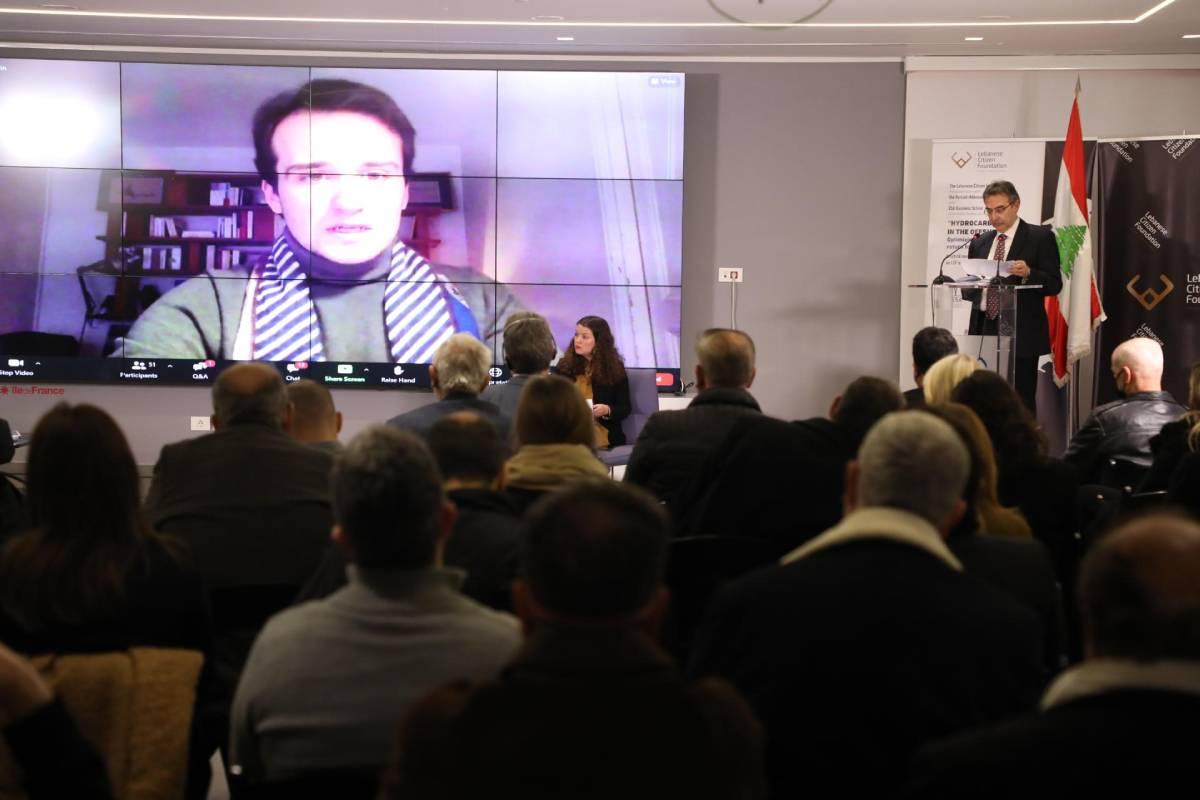 On Wednesday, March 16th, 2022, The Konrad-Adenauer-Stiftung (KAS) in collaboration with the Lebanese Citizen Foundation held a hybrid discussion session at ESA Business School in order to present a new study titled “Hydrocarbons in the offshore: optimizing the economic return for Lebanon”. The event was attended by numerous diplomats, representatives of international development agencies, and a large number of professionals in this field.

Duault: “The gas sector is vital. Relying on it in the upcoming years is a fundamental and crucial matter”

The session commenced with a recorded introductory remark from the General Director of ESA Business School, Mr. Maxence Duault, in which he expressed his pleasure of hosting the discussion on the issue of energy in Lebanon, a second discussion around this topic that he had the opportunity to take part in. Duault emphasized on the current importance of this sector as well as in the near future, especially in light of ongoing events in Ukraine. He considered it a vital sector and claimed that relying on it in the coming years is a fundamental and crucial matter. Finally, he highlighted the importance of this discussion, for it constitutes a significant answer to the pressing questions posed within the oil and gas sector.

Bauer: The gas sector can only be developed through comprehensive and extensive reforms related to its good governance

The Resident Representative of Konrad Adenauer foundation in Lebanon, Mr. Michael Bauer, expressed his gratitude towards KAS’ constant cooperation with LCF in projects related to the development of studies on the responsible and sustainable management of the oil and gas sector. Bauer noted that the oil and gas sector has always been a topic of interest in Lebanon. However, he drew the attention of the audience that natural gas and hydrocarbons will not be the saving grace to all of the energy problems. In fact, Bauer asserted that this sector can only be developed through the implementation of comprehensive and extensive reforms related to good and sound governance for it.

Nevertheless, Bauer conceded that the hydrocarbons sector remains a field worthy of continuous exploration and development, especially in Lebanon, a country, which, as he noted, is in need of safeguarding its energy supply as well as developing and securing state revenues.

He also stressed on the importance of considering the economic return of gas to Lebanon in order to utilize it as an important leverage for an inclusive socio-economic recovery, as well as a contribution to poverty reduction and the socio-economic welfare of the Lebanese community. Nonetheless, he emphasized the need to invest in renewable energy sources, for the conflicts of the past two weeks showcased the sensitivity and dependence of the international and local economy to international turmoil in terms, as seen in the insane rise in fuel prices and the increase in its demand.

Bauer also declared that KAS Lebanon is happy to join and support critical thinkers in developing and disseminating their ideas and proposals in order to advocate and lobby for the necessary political reforms.

Finally, he stressed that, if no political reform or proper governance is established, no strategies for the economic recovery or energy security of Lebanon will achieve its set targets.

Four Potential Scenarios for the Gas sector in Lebanon

Mr. Alain Bifani commenced his speech by welcoming the attendees and thanking Konrad-Adenauer-Stiftung as well as the ESA for their constant support to the Foundation and their contribution to the dissemination of the study, along with the organization of its discussion session. Then, he carried on to present an introduction to the study titled, " Hydrocarbons in the offshore: optimizing the economic return for Lebanon". The study was prepared by Mr. Adrien Sémon, a specialist in the field Humanities and Geography of the Eastern Mediterranean Basin region at the Higher Institute of Sciences and Letters in Paris, and was carried out under the supervision of Mr. Alain Bifani.

Bifani briefly explained the objectives of the study and the hypotheses that were adopted in its preparation. Through this study, he presented the reality of the Lebanese gas from both a geostrategic and economic as well as technical perspective. Diving further into the presentation, Bifani provided an in-depth analysis of the oil and gas sector in Lebanon, analysing several parameters pertaining to the estimated quantities and cost of exploration and extraction, as well as Lebanon’s share of its revenues and export destinations. The study was concluded by elaborating on four different scenarios, each of which highlights the possibilities for the available quantities, taking into account the sustainability of the extraction and an estimation of the annual return to the Lebanese economy.

Once the presentation was concluded, Ms. Hélène Sallon, the Middle East correspondent for Le Monde newspaper, took charge of mediating the discussion session with the audience. Numerous people stressed on the importance of updating public policies that would set the governance over the gas sector on the right track. These policies will also serve as an enhancement tool of optimize the governance and the economic returns of the gas sector’s on the Lebanese economy, rendering it a significant prerequisite for the socio-economic recovery plan.