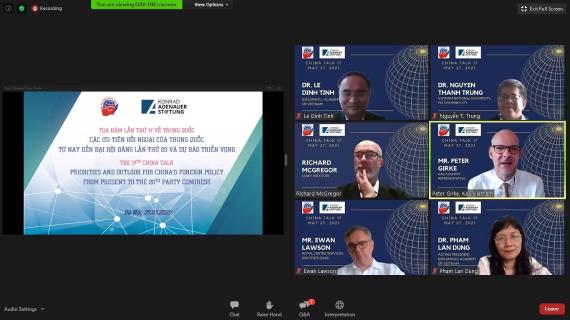 Over the last 5 years, KAS Vietnam has been supporting its partner – Diplomatic Academy of Vietnam organized the China Talk series, and this is now the 17th China Talk with the topic is “Priorities and outlook for China's foreign policy from present to the 20th Party Congress“. This topic was selected in the context that China's communist party is preparing for its 20th Party Congress at the end of the 2022 with multiple issues of interest related to the economy, the pandemic, the relation with the US and their partners… But there is also the question of Xi Jinping's leadership and the question of a possible succession. The main speaker for China talk 17 is Richard McGregor, senior fellow at the Lowy Institute, Australia. Richard McGregor is an award-winning journalist and author of many valuable publications. Richard is also known as an expert on China’s political system and the workings and structure of the communist party. The two commentators provided insightful comments over the topic are: 1. Mr. Ewan Lawson, former Senior Research Fellow at the Royal United Services Institute and 2. Dr. Nguyen Thanh Trung, Director, Centre for International Studies (SCIS), University of Social Sciences and Humanities, Vietnam National University ‐ Ho Chi Minh City. Moderator of the event is Dr Le Dinh Tinh, Director General, Institute for Foreign Policy and Strategic Studies, Diplomatic Academy of Vietnam. For the first time, a China Talk has to run completely virtual. Still, it received more than hundred online participants. China Talk series is always one of the greatest joint activities between KAS Vietnam and Diplomatic Academy of Vietnam and it showed that learning and understanding about China seems to be the never ending. The China Talk 18 is expected to be organized in October 2021. 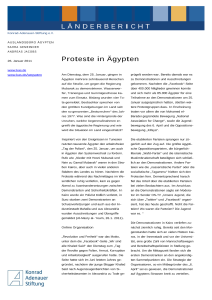