The Declaration “On the Restoration of Independence of the Republic of Latvia” and its adoption on May 4th, 1990 occupy an important place in the memory of Latvians. It symbolised a new stage on the road to the restoration of Latvia’s independence.
8. Mai 2015 09:00 - 17:00 Uhr

The Declaration “On the Restoration of Independence of the Republic of Latvia” and its adoption on May 4th, 1990 occupy an important place in the memory of Latvians. This document, which was adopted by the Supreme Council of the Republic of Latvia by a convincing majority, symbolised a new stage on the road to the restoration of Latvia’s independence. The battle for an independent, democratic and national Latvia became irreversible. Even though the most serious confrontation with Moscow still lay ahead for the defenders of independence, it was with the May 4th Declaration that the deputies of the Popular Front of Latvia fraction of the Supreme Council politically laid down and legally consolidated the people’s will to regain their country. This explains why May 4th, the vote in favour of the declaration, the popular gathering outside the Supreme Council building and the counting of the votes made in favour of the declaration still occupy such an important symbolic place in the memories of many eyewitnesses.

However, in marking the 25th anniversary of the adoption of the May 4th Declaration, one must remember that the May 4th Declaration was not merely symbolically significant. The cornerstones of the declaration and its reinforced understanding of Latvia’s statehood have also been of vital importance to Latvia’s subsequent development during the intervening quarter of a century. The conference “Opting for Statehood” is dedicated to the analysis and discussion of two mutually related subjects. Firstly, the May 4th Declaration itself and its adoption in its historical context, and secondly, its impression on the subsequent course of the restoration of Latvian independence. The conference intends to foster a dialogue between the participants in these events who possess priceless historical experience and the researchers analysing the processes in various realms of Latvian life before and after the restoration of independence.

The conference will consider the May 4th Declaration as a multi-faceted phenomenon, which cannot be fully understood under the auspices of one branch of science alone. The declaration is a monument to Latvian legal thought, which, in laying the foundations for the doctrine of the state continuity, forms an original legal framework for statehood. At the same time, the May 4th Declaration would also be unimaginable without its international political aspects. In this regard, a major role was played by Latvia’s relations with the USSR and its subsequent heir – the Russian Federation, as well as its relations with Western Countries, whose position on the issue of the independence of the Baltic states developed dynamically and in contradictory fashion. Likewise, one must remember that the May 4th Declaration obliged a democratically elected power to establish new governmental institutions, which would accord with both pre-war experience and the requirements for governance in contemporary Europe – in the realms of the legislature, government and judiciary. Finally, the May 4th Declaration also marked the beginning of economical and cultural transformations, as Latvia gradually returned to the democratic European mainstream from the realm of communist totalitarianism. All these processes developed rapidly; therein, there was no shortage of internal contradictions, or successes and failures, which to date have only rarely elicited in-depth analysis.

Therefore, one of the conference’s objectives is also to foster future research on the course of the restoration of Latvia’s independence, its role in European history, as well as further development in various realms of public life.

Laimdota Straujuma, Prime Minister of the Republic of Latvia

Aldis Laviņš, President of the Constitutional Court of

the Republic of Latvia

“May 4th Declaration and the Latvian Constitutional Identity of the State”

May 4th and Latvia’s Geopolitical Choices

With the collapse of the Soviet regime, several post-soviet countries considered the possibility of gravitating towards the nexus of Western values and integration into Euro-Atlantic structures. However, only the Baltic States succeeded in realizing these aspirations. In the early 90s, as far as Latvia’s political elite was concerned, the European Union and NATO still seemed to be distant and hard to attain objectives. However, the new geopolitical reality opened up opportunities for diplomats to persuade Western countries that Latvia deserved to belong to such organisations. The determined, patient and coordinated work done at all levels of State administration during the transition period accelerated the pace of Euro-Atlantic integration. Despite various obstacles, this work provided a clear answer regarding Latvia’s readiness to become a Western country instead of an ambiguous bridge, devoid of identity, between the West and Russia. The objective of this panel of experts is to reflect on the reasons why, unlike other post-soviet countries, Latvia, Lithuania and Estonia succeeded in becoming part of the Euro-Atlantic space.

Olexiy Haran, professor, Director at the School for Policy Analysis at the

the Republic of Latvia

Centre at the Institute of International Relations and Political Science (IIRPS) of the Vilnius University, editor-in-chief of

The transition from a Soviet planned economy to a market economy was an important prerequisite for the consolidation of Western values and democracy in Latvia. Privatisation of property, liquidation of collective farms, and the consolidation of thinking characteristic of capitalism in both the public and private sector, made the 1990s a time of breakneck social changes in which there were both winners and losers. The nominal winners were able to adjust to the new circumstances, but for the losers these reforms proved to be a traumatic experience, which still gives rise to doubts as to whether the chosen shock therapy was the most correct path. The task of this panel is to discuss the economic reform strategy implemented in Latvia during the 1990s, as well as its successes and failures.

Edmunds Krastiņš, Board member of the Economists Association 2010,

Vita Tērauda, founding director and associate researcher at the Centre for

Gatis Krūmiņš, Historian, Rector of the Vidzeme University of Applied

From a Soviet Identity to a European Identity

Under restored independence, completely different mechanisms of identification were established which brought individualism, freedom of choice and diversity of lifestyles to the fore. These values, which took over the post-soviet space like an avalanche, deconstructed Homo Sovieticus as a role model. In its place came forms of affinity characteristic of a national and democratic state with its roots in the Western cultural space. However, Soviet values and practices did not disappear with the adoption of Latvia’s declaration of independence; in hybrid form, they continued to exist in the new circumstances. The task of this panel is to analyse how the past 25 years in general and the transition period in particular have affected the formation of new individual and collective identities in Latvian society.

Aleksis Grigorjevs, PhD in Philology, Redactor of the newspaper of the Popular

Council of the Republic of Latvia

Artis Svece, philosopher, lecturer in Faculty of History and Philosophy, 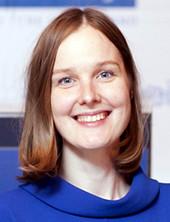 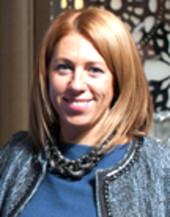 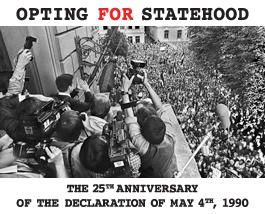