The regional KAS Rule of Law Program and the Tanzanian-German Centre for Postgraduate Studies in Law (TGCL), supported by KAS Tanzania will host a conference on 24th May 2013 about the constitutional reform processes in Kenya and Tanzania.
24. Mai 2013

On 4 August 2010 Kenya voted in a referendum on its new constitution. It was adopted by a large majority of the population and formally put into effect by then President Mwai Kibaki on 27th August 2010. By changing the state structure a new "democratic" form of presidential republic was supposed to emerge. The key questions of state building were set especially in the early years before the elections in March 2013. Even if these elections have internationally been labeled as peaceful and fair, the new Päsident Uhuru Kenyatta essentially symbolizes the old Kenya. He continues the policies of his predecessor, Mwai Kibaki and his father, Jomo Kenyatta, the first president of independent Kenya. Due to his background as a member and officer of the former party KANU, and because of his ethnicity to the Kikuyu, he does not exactly stand for reform and change in the country, as envisaged by the new Constitution.

In Tanzania the process of establishing a new constitution is in its final stages. In May 2013, possibly just before or after the event of KAS and TGCL, the draft of the new constitution is expected. It is supposed to be more citizen-centered and democracy oriented. A special committee, the Constitutional Review Commission (CRC), has been touring across the country since April 2012 for 12 months to collect views and wishes as well as propositions of the population.

The draft will be made public and is expected to be publicly distributed in newspapers and through other media, so that all citizens can see the changes and evaluate the process. In April 2014, the Constitution is planned to come into force.

The conference in Dar es Salaam shall combine the Kenyan experience with the current developments in Tanzania. Representatives from various organizations in Kenya and Tanzania as well as the interested participants are expected to discuss the current developments of the constitutional reform process in Tanzania with regard to the successfully completed process in Kenya.

The event is open to all interested citizens. Registration is not required. 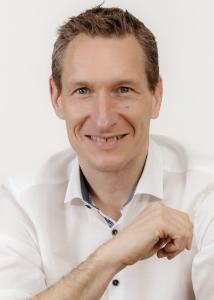