My image of Europe

Seminar on the current challenges of Europe

In the seminar at the European Humanities University (EHU), the students will discuss Europe’s current challenges: refugee and financial crises, foreign policy dilemmas - as well as their effects on the dynamics of European integration.
23. März - 5. Mai 2016 18.00 - 21.00 Uhr

The image of the European Union as an area of freedom, security and justice, which has since decades advanced on a path of expansion, deepening and consolidation, has in recent years got visible cracks. In the face of current developments, the question of how well the European communities are prepared to cope with the four current fundamental crises (the refugee crisis, the financial crisis and the security threats posed by the IS and Russia) arises, as well as of what will be their impact for tomorrow’s Europe. The answers to these questions are heterogeneous and issue-specific. On one hand, there is a visible trend of intensified integration that affects, among others, the room of action of EU’s member states and puts more emphasis on majoritarian decision procedures. On the other hand, the tendencies of renationalization can be observed.

The seminar aims at preparing, in regard to content and linguistic skills, the German-speaking and politically interested students of EHU for the presentation of personal statements about European-related political issues. Through the delineation of the complexities of current political realities, the students will get an overview of the political system of the EU (its structures and actors) as well as its functional dynamics in the context of current challenges. Students will learn, among other things, about the framework in which the EU institutions are acting with regard to the relevant problem areas, how and which political decisions are made and which divergent or homogeneous interests exist on the part of the member states. In addition, the seminar participants will be encouraged to discuss, together with the guest speakers, about what kind of decisions and actions would be possible and desirable.

In addition to the content-oriented learning and discussion module, the students will acquire the basic skills of camera appearance, in order to be able to present the developed statements in German language. This applies to the message creation (topic, content, formulation) message presentation (speaking techniques, facial expressions/gestures, etc.) as well technical (post)production. In their statements, the students will be challenged to use and reflect the insights that they’ve encountered during the seminar. This will not only allow the students to train their analytical capacities for the evaluation of interdependences and to formulate and express the personal views. It will also make them more self-confident in using the issue-specific vocabulary in German language. The statements will address the heterogeneous public and will be published on the websites, as well as social media accounts of EHU and the Konrad Adenauer Foundation. 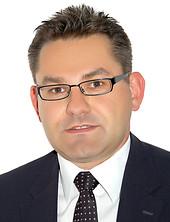 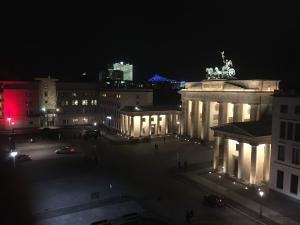