On April 20-22 Vilnius hosted the 1st session of the KAS-Martens Centre Discussion Club 2018 - a multi-part series of seminars and workshops organized by the WMCES together with Belarus country office of KAS, and funded by the European Parliament.
24. April 2018 Bestellinformationen 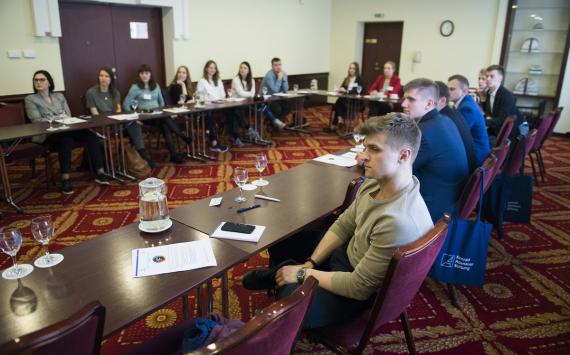 The 1st workshop within the series had a purpose to direct and shape the work during the whole project.

The main aim of the session within the series was to teach the participants of the Club how to construct a full-length speech, how to build a good argument, what techniques to use and how to take different roles in a debate. In order to practice their skills, the participants were able to take part in a competitive debate which was evaluated and summarized by providing tips for further self-improvement in public speaking situations. Within the frames of the workshop, Mr. Gavin Synnott, Project Assistant at WMCES, made presentation about the role of political think tanks in the EU context and Mrs. Anna Kanopatskaya, Deputy of the House of Representatives of the National Assembly of the Republic of Belarus of the VI convocation (2016-2020), presented her work as the only opposition member of the parliament, as well as participated as a judge in the debate.