Public Debt, Reforms, and Growth Prospects of the Greek Economy

von Susanna Vogt
Event on the growth perspectives of the Greek economy beyond the reform program
8. Dezember 2014 Bestellinformationen 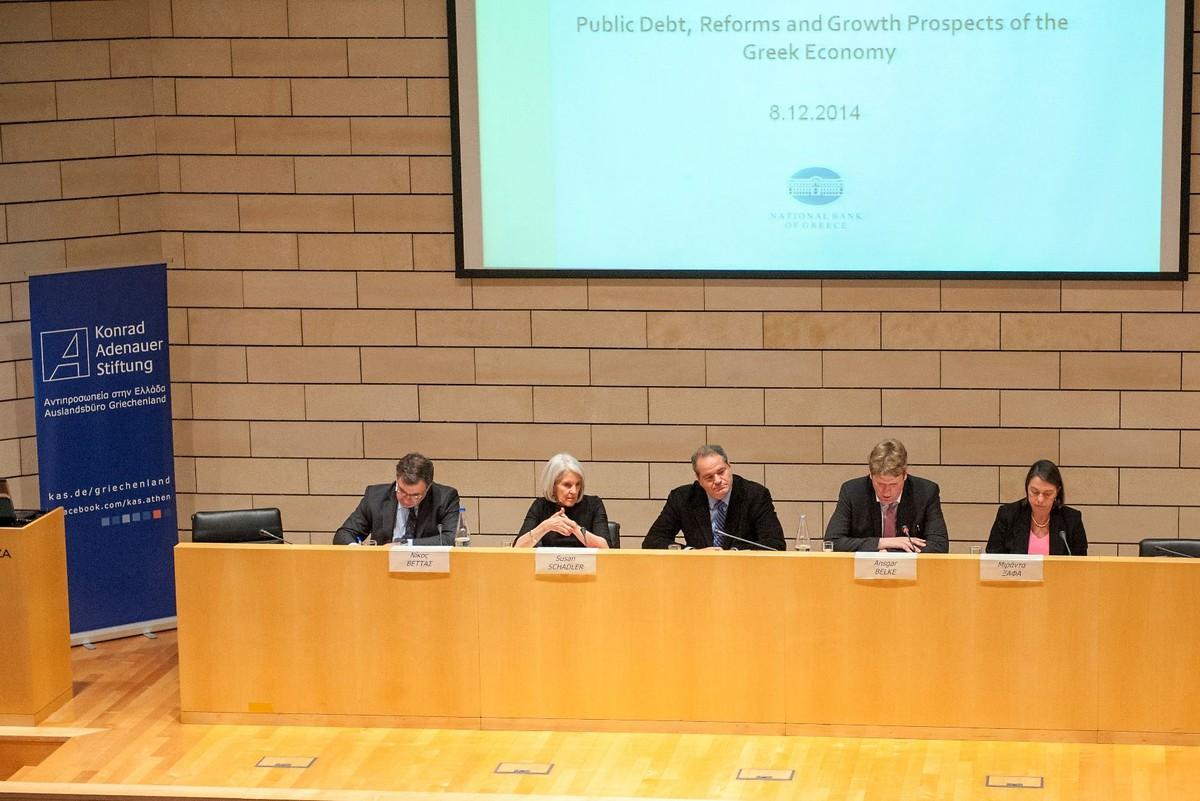 The discussion organized by the Foundation for Industrial and Economic Research (IOBE), Konrad-Adenauer-Stiftung Greece Office and the Centre for International Governance Innovation (CIGI)on 8 December 2014, to which approximately 150 guests were welcomed to the Karatzas Auditorium in Athens, focused on topics such as the level of Greek debt, the framework and the assumptions under which it could be considered sustainable in the long run, as well as the importance of structural reforms and the power of exports as a positive drive of the economy.

Professor Ansgar Belke pointed out that Greek economy is recovering, due to the increase of its exports, but still made clear that austerity measures are not a curse but rather common sense in a fragile, yet developing, economy.

On the other hand Susan Schadler, former deputy director of IMF’s European Department, argued that Greece's debt is not really sustainable and that the IMF and the international creditors should first make sure that reforms which promote investment and growth are undertaken in order for the debt to be considered sustainable.

Professor Nikos Vettas mentioned that the sustainability which under high costs is already established in the Greek economy needs to be protected as a base for higher growth rates that are to be pursued in the upcoming years. In this way he made the point that for political as well as economic reasons debt restructuring or even relief, should, and could, only happen through the transformation of the Greek economy.

Miranda Xafa's contribution focused on how the delay in the PSI, undertaken as debt cut in 2012, and the exemption of the banks from the EU System could raise strong arguments towards easing further debt. According to her analysis single debt reduction without growth and financial stability does not lead to a viable solution.

The panel discussion was followed by numerous questions and remarks from the audience which consisted mostly of former ministers, think tanks representatives, policy advisors as well as Greek academics.