Welcome to Wits Journalism! Speaking at the department’s recent mini-seminar series, Markus Brauckmann, director of the KAS Media Africa programme, told delegates that political parties operating in the region can raise their profile if they emulate their counterparts overseas, where Internet TV has successfully been used as a campaigning tool. Brauckmann managed the Internet TV operation of the German Chancellor, Angela Merkel, during her successful re-election campaign in 2009.
10. Juli 2011 Bestellinformationen

The Wits Journalism’s mini-seminar series ran from June 1 to June 15 at Wits University. Professor Franz Kruger, head of Wits Journalism’s Radio Academy, kicked off the series with a presentation which focused on news broadcasting on South African community radio stations. Lesley Cowling, senior lecturer at Wits University's School of Journalism, ended the seminar series on June 15 with a discussion about newspaper columnists.

Unpacking the valuable contribution of web TV in the complex and sometimes tricky world of political communication, Brauckmann said this technological resource (web TV) can become a powerful audio-visual voice for opposition groups, especially in countries where the public broadcaster is controlled by the government.

He cited the following factors an organisation must consider before embarking on the Internet TV journey:

•What are your goals?

•What story do you want to tell?

•Who are you targeting?

•What means do you have?

•Keep it simple: start with a press conference

•Move slowly but surely to a more complex reportage

•Break the top-down barrier; do not only focus on the leadership but give ordinary citizens a voice

•Most especially, do not be a copycat - come up with your own ways of doing things.

Brauckmann also demonstrated how he and his team successfully connected CDU.TV with the social media space, thus creating a full digital connection with the voters.

"We were a small TV station linked with social networks, where we forged emotional attachments with our audiences though Facebook-Twitter-Video, which I call a triangle Web 2.0," he explained, adding that web TV for political parties is a blend of internal and external communication.

"TV is a superficial media, but newspapers have the depth and the capacity to fulfil your knowledge," he said. However, he said TV can generate emotion more than copy and text. "That was precisely our point of departure. We knew TV could rise above other media, so we wanted to make news, and we also used this platform as a rapid response tool whenever we took fire," Brauckmann pointed out.

"You will have to offer a unique experience, so don't try to copy SABC News or eNews. Be realistic and seek exclusivity."

But what would happen to the project in places where the Internet penetration is low? Brauckmann replied: "TV is all about moving pictures. In situations like these, you will have to burn the content into a CD and show it in market places, town halls, and overland busses".

IN THE FIRING LINE - COMMENTATORS IN THE MEDIA

Newspaper columnists in South Africa have been allowed a wide degree of latitude, a mentality inherited from the British convention that has elevated them to the status of 'gods', Lesley Cowling, senior lecturer at Wits University's School of Journalism, told attendees to the forum. Such a wide degree of latitude constitutes what Cowling described as a “weak spot” for the media and is problematic, and makes us wonder whether the media should not have some ethical codes for commentary, Cowling stressed.

While Bullard was subsequently fired and Roberts' Bitch's Brew column discontinued, Qwelane's "Call me names, but gay is NOT okay" tirade earned him a guilty verdict of hate speech in the Johannesburg Equality Court. He has also been ordered to pay R100 000 to the SA Human Rights Commission, which took him to court in terms of the Promotion of Equality and Prevention of Unfair Discrimination Act.

Qwelane, who equated gay relationships to bestiality, has in the meantime been appointed as SA ambassador to Uganda, and has ignored repeated calls by the Democratic Alliance and gay lobby groups to step down.

However, the scandal has not gone away and the fire of outcry is still burning, as the three sagas have become central case studies for any platform debating media ethics. Cowling said: “The outrage caused by these columns raises the question of whether they should have been published at all”.

“There is a tension between what can be said and what constitutes stereotypes, racism and hate speech, among others. I am not advocating for rules that regulate commentary, but I firmly believe that there should be some limits in any form of reporting. So let's have some guidelines and ethics discussions about columns”.

Professor Kruger, who is the head of Wits Journalism’s Radio Academy, was quick to add that the sample does not represent South African community radio as a whole.

He asserted that community radio stations are failing to meet their news mandate, in that news (on community stations) is overwhelmingly lifted - often without permission - and is not local. The expert went on to suggest that the mainstream news agenda shapes the news on community stations. He cited a lack of skills, facilities and staff, the problem of volunteerism in poor communities, a lack of a workable and affordable news model, and the pressures of volume which impacted on quality.

Prof. Kruger said this translated into a lost opportunity for the broader public sphere to be enriched through information flows, and went on to say that in this regard, community radio has made little contribution to broadening the SA public sphere. The study also found that there is very little when it comes to actual audio, and Prof. Kruger quoted a figure of 8.5%, and that almost all the news is simply read.

There are currently around 100 community stations on air in South Africa, with weekly listenership of around 7.3 million people. 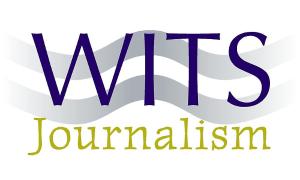