The role of the Group 77 in promoting the development of Foreign International Cooperation
11. November 2016 Bestellinformationen 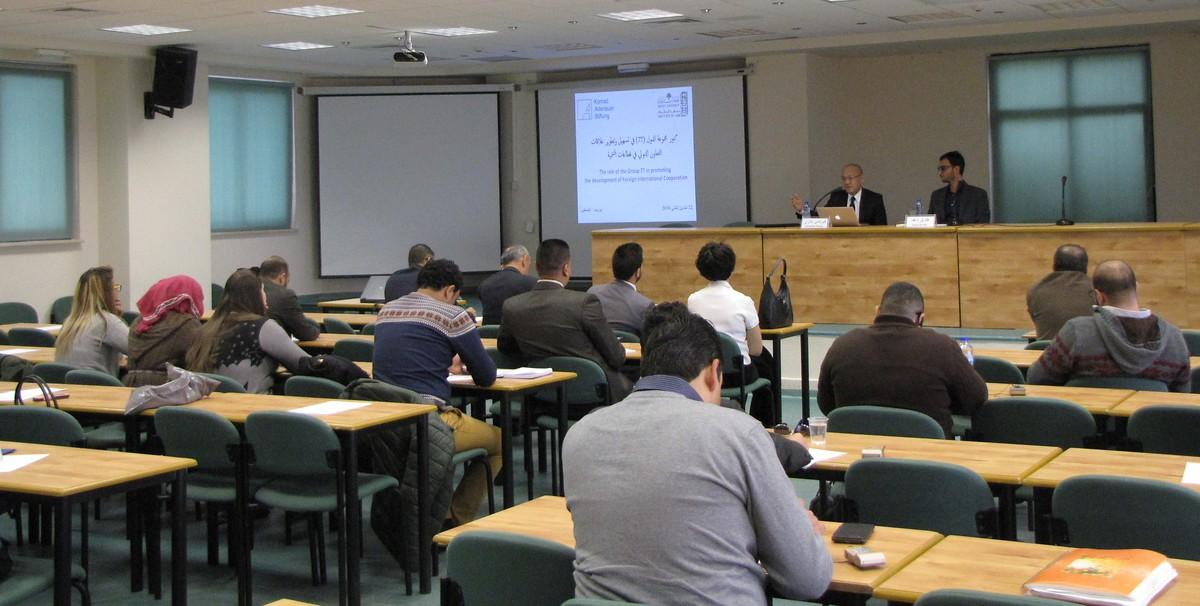 On November 11, the Konrad-Adenauer-Stiftung Palestinian Territories and the Institute of Law invited students, professors and representatives of the civil society to a lecture at Birzeit University on the topic of “The role of the Group 77 in promoting the development of Foreign International Cooperation” by his Excellency Ambassador Virachai Plasai, Permanent Representative of Thailand to the United Nations, chairman of the Group 77.

The lecture was focused on presenting the Group 77, its objectives as well as its relevance today. The group was founded in 1964 and encompasses today 134 members mostly from the global south, among them Palestine as a fully recognized member. The group aims to strengthen south-southern cooperation and to promote the economic position of developing countries on the world market.

During the open discussion following the lecture, the political role of the group was discussed in depth in relation to the Palestinian case. The Ambassador made clear that the group is not foremost a political cooperation but a platform to support and address the needs of developing countries. However, he explained the group’s commitment to the concept that sustainable development goes together with sustainable peace and points out that the group pursues peacebuilding through economic development on a long-term basis.