How to Use the Right Political Communication for Politics Affirmation 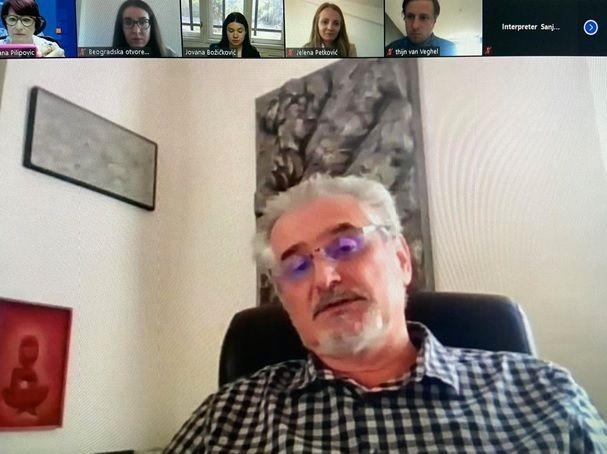 How to Use the Right Political Communication for Politics Affirmation

The last debate within the program PolitiKAS Debates: the New Normal took place online on June 8th 2021. The topic was “How are political messages communicated today?”

The participants were the founder, general manager and editor-in-chief of the publishing house CLIO Zoran Hamović, the freelance journalist Jelena Petković and the manager for communication and political campaign of the Christian Democratic Party CDA from the Netherlands, Thijn van Veghel. The debate was moderated by the coordinator for communications and public advocacy in the Belgrade Open School Jovana Božičković.

Do all Messages have Political Weight?

“When it comes to messages, it is very important who is sending them and where they are coming from. If a certain message comes from a source that nobody trusts, then it can clearly be connected to a certain negative context and your message can then be completely wrongly or at least incorrectly interpreted. It is very important to understand why certain political messages are being used, who they are mobilizing and what type of energy they are creating with what type of goals. Those things are most important in every political message, regardless of whether we are talking about a slogan, a newspaper article or about a political action which follows a narrative”, Zoran Hamović said.

Thijn van Veghel spoke about the characteristics of the political communication in the Netherlands which has been taking place mostly on online platforms and social networks lately. “The most important and the biggest part of my job is to convince the voters that they should vote for my party. I think that good political communication means to inform the voters about the things you are standing up for, about your main subjects, your political leaders, ministers, their main reasons for being in politics and about what they would like to accomplish.

Political communication has changed in the last four years in the Netherlands. We can now convey our story to several thousand people. Communication is making it possible for us to send a special message to almost every voter and that is something new. Another thing which has been changing everything, since the beginning of the pandemic, are the social media. Also the content that the people want to consume is changing. Eight years ago it was important to inform the voters about what was important in healthcare and in the economy and since we have Instagram and TikTok, the politicians are sending a lot more information about their personal life. That trend is also followed by the media in their reports. Therefore it is becoming increasingly difficult to find the right messages and it is necessary to find a new model of communication with the voters, which would not include only a huge number of messages without concrete content”, van Veghel concluded.

Talking about the graffiti as a non-conventional way of sending messages, even political ones, Jelena Petković presented her project “Graffiti of Pristina“. The project aimed at showing that “the Serbs from Kosovo and Metohija are not political beings in the first place. They are above all citizens who had their dreams, who used to go out to interesting places and who had all of that erased by the war. With this project we are reminding ourselves of them. These graffiti on the walls of Pristina, those names of young people, dates, their dreams remained there as a part of an urbane culture and they are the only written testimony that Serbs used to live in that town. Those young people from this city now live on new addresses and with wiping out these graffiti every trace of them was wiped out”.

When talking about the political communication of the Movement of Free Citizens, Zoran Hamović said that “the name of the movement points to the political messages that they are sending. Politics is one of the most important activities of people, it protects the processes happening in society, and it creates the orientation and enables the mobilization of human resources and talents needed for a better society. With the affirmation of politics we should make several steps back in order to give the citizens a chance to rely on a type of affirmative approach to politics. Only after that we can talk about different ideologies. So, it is important to have a critical approach toward society and not a criticizing approach, which is harmful for the opposition and the opposition opinion and it is harmful to the effectiveness of critical interpretations in general”.

It was concluded that generating change is the most important political activity. A warm human story is the essence of strategic communication. Within the abundance of information that we are consuming every day on social networks and other media we have lost the individual person and because of the individual person we are informing ourselves. So it is necessary to establish direct contact with the citizens as potential voters, to listen to them and to use the benefits of continuing communication in the online space.

With this debate the Konrad-Adenauer-Foundation, the Belgrade Open School and the Eduardo Frei Foundation have closed the second cycle of debates within the program PolitiKAS Debates: the New Normal.