by Jan Senkyr
Since 2008, KAS in cooperation with his Indonesian partners, has been providing training for female parliament members at national and regional level. This is intended to strengthen the role of women in Indonesian politics.
October 3, 2019 Ordering Information 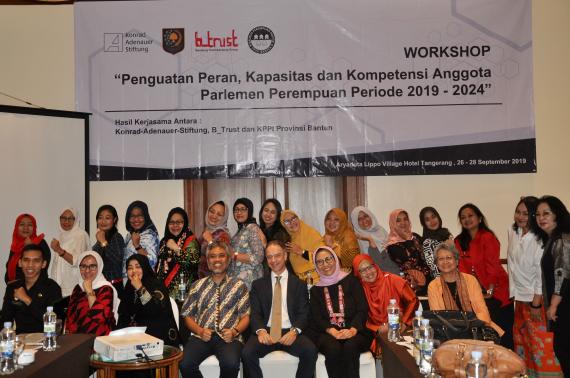 Group photo: The workshop was attended by 30 women from different parties 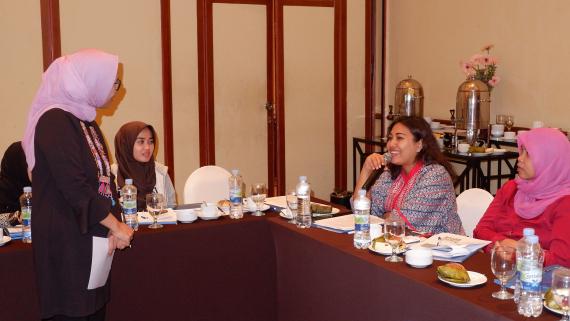 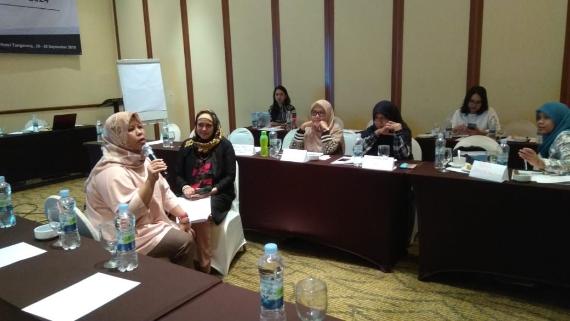 Simulation session"how to deal with the media" 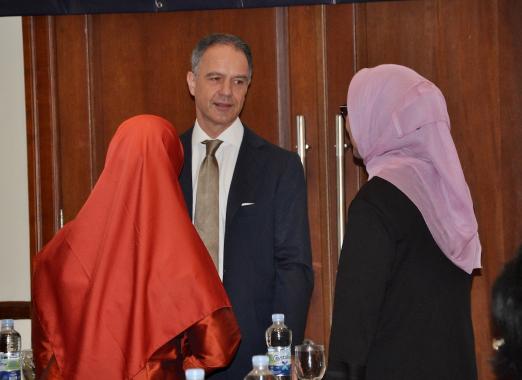 Jan Senkyr , Representative of the Konrad-Adenauer-Stiftung in Indonesia in conversation with Mrs. Hetifah, Member of indonesian Parliament and Dwi Septiawati, Head of the Indonesian Political Women Caucus (KPPI)
Women are clearly underrepresented in the political system of Indonesia. The targeted 30% quota for female elected parliament members has so far been clearly missed. In cooperation with the organization B_Trust and the Indonesian Political Women Caucus (Kaukus Perempuan Politik Indonesia), theoretical and practical trainings are held for female politicians from various parties. With the help of communication experts, psychologists and experienced women politicians, the skills and competences of women are to be improved in order to strengthen them in the political competition. On the 26- 28 September, a workshop took place in Tangerang for female MPs from the Banten / West Jakarta region. There were 30 women representing four different parties in the parliament: PDI-P, Golkar, PKS and Gerindra. On two days they were trained on "Narrative & Dynamics of Female Leadership", "Emotional Intelligence & Self-Awareness", "Political Communication", "Policy Analysis - Decision Making Based on Evidence" and "Public Finance and Budgeting". The gained knowledge and skills  should help the female parliamentarians to make their parliamentary work more competent and efficient and thus to further improve their political career opportunities.