This was the first ever Mobile Journalism Conference in Asia - a great event to network and learn from like-minded journalists. Over 250 reporters and academics from 31 countries came together in Bangkok, Thailand to exchange their ideas and skills on mobile reporting.
July 5, 2019 Ordering Information 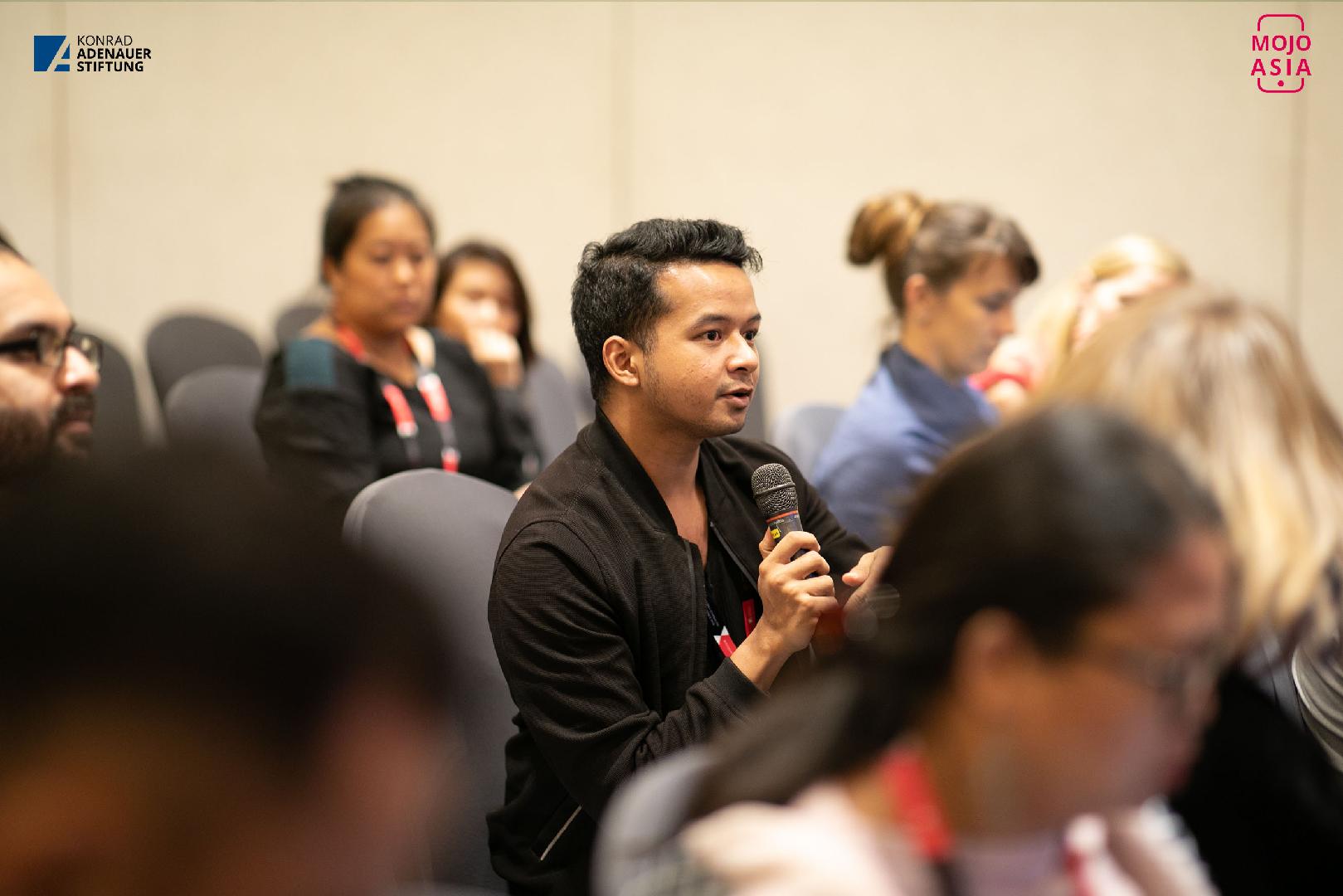 The atmosphere was casual and respectful. 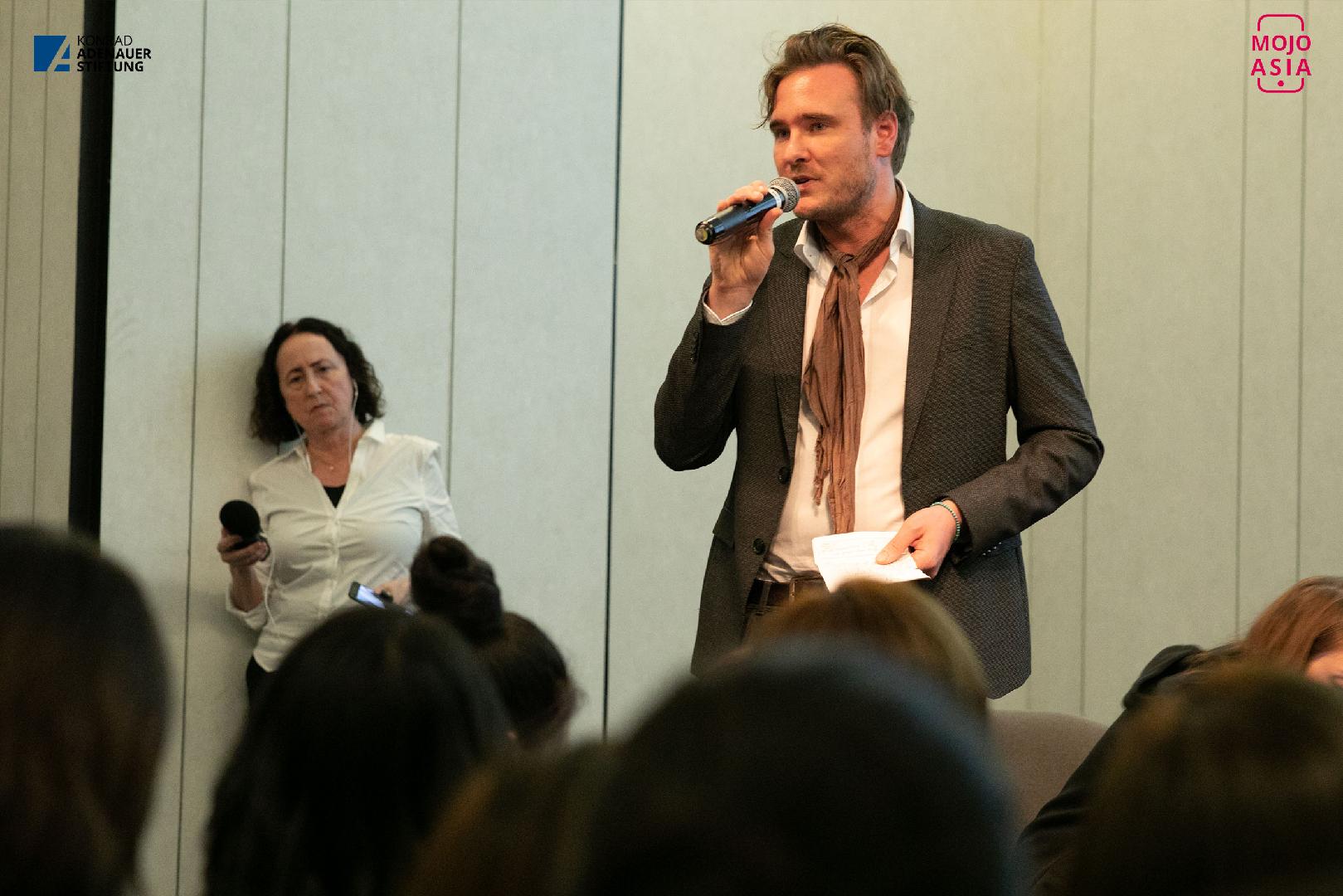 Christoph Grabitz, Director of the Media Programme Asia, described mobile journalism in his speech as "young, playful, innovative and fresh". 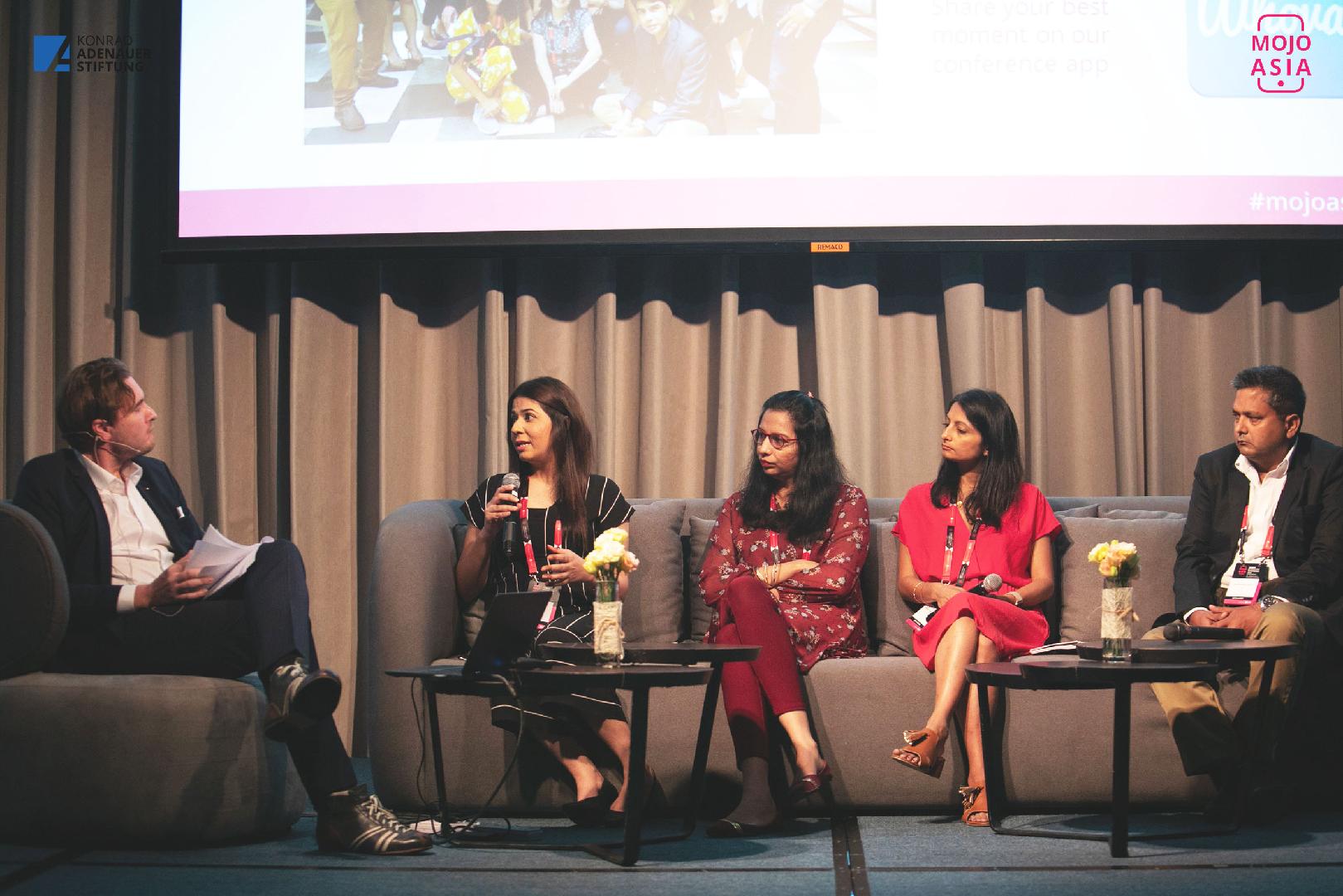 In the first panel, Christoph Grabitz spoke with journalists about the challenges and opportunities of mobile journalism. 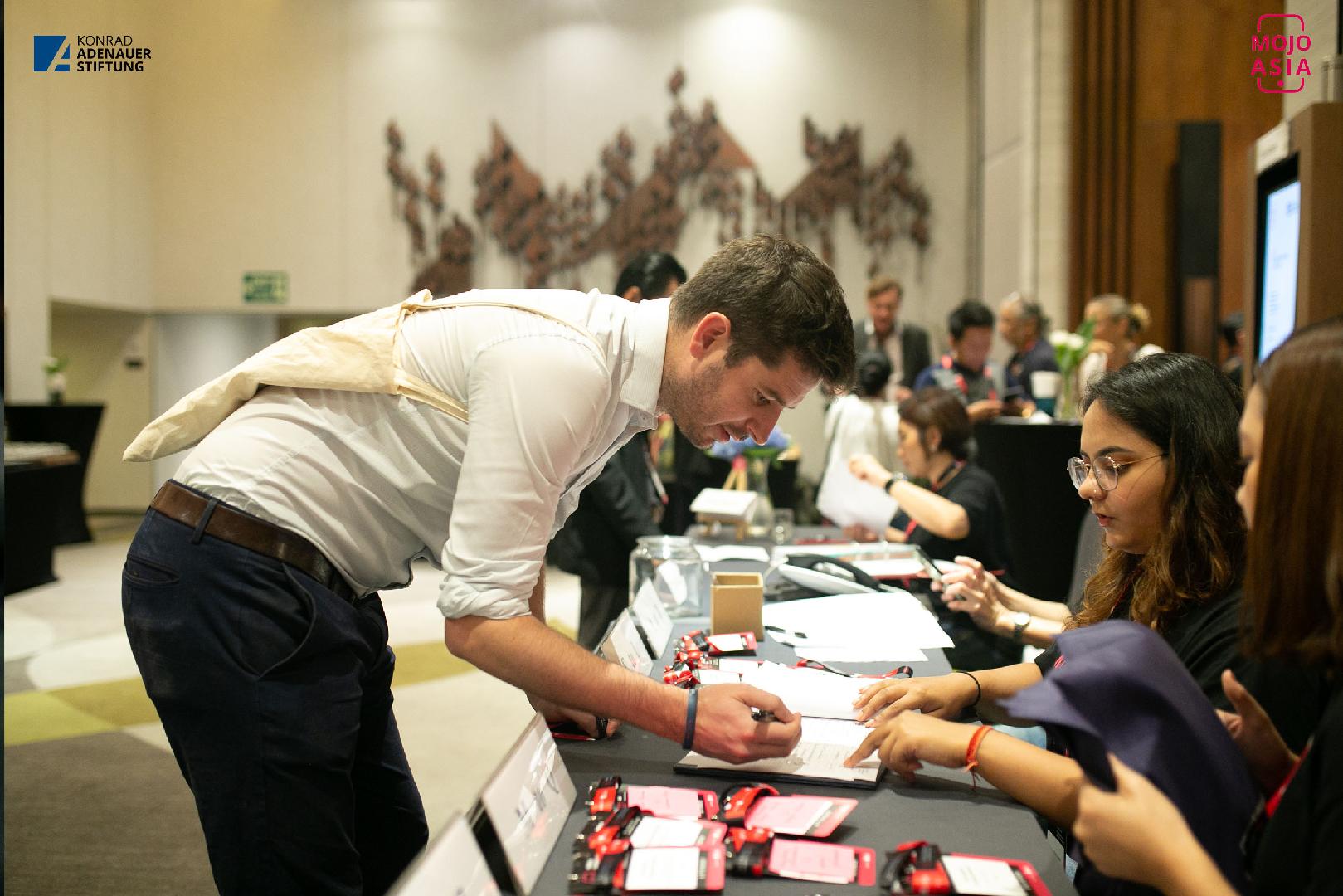 256 journalists and scientists attended the conference. 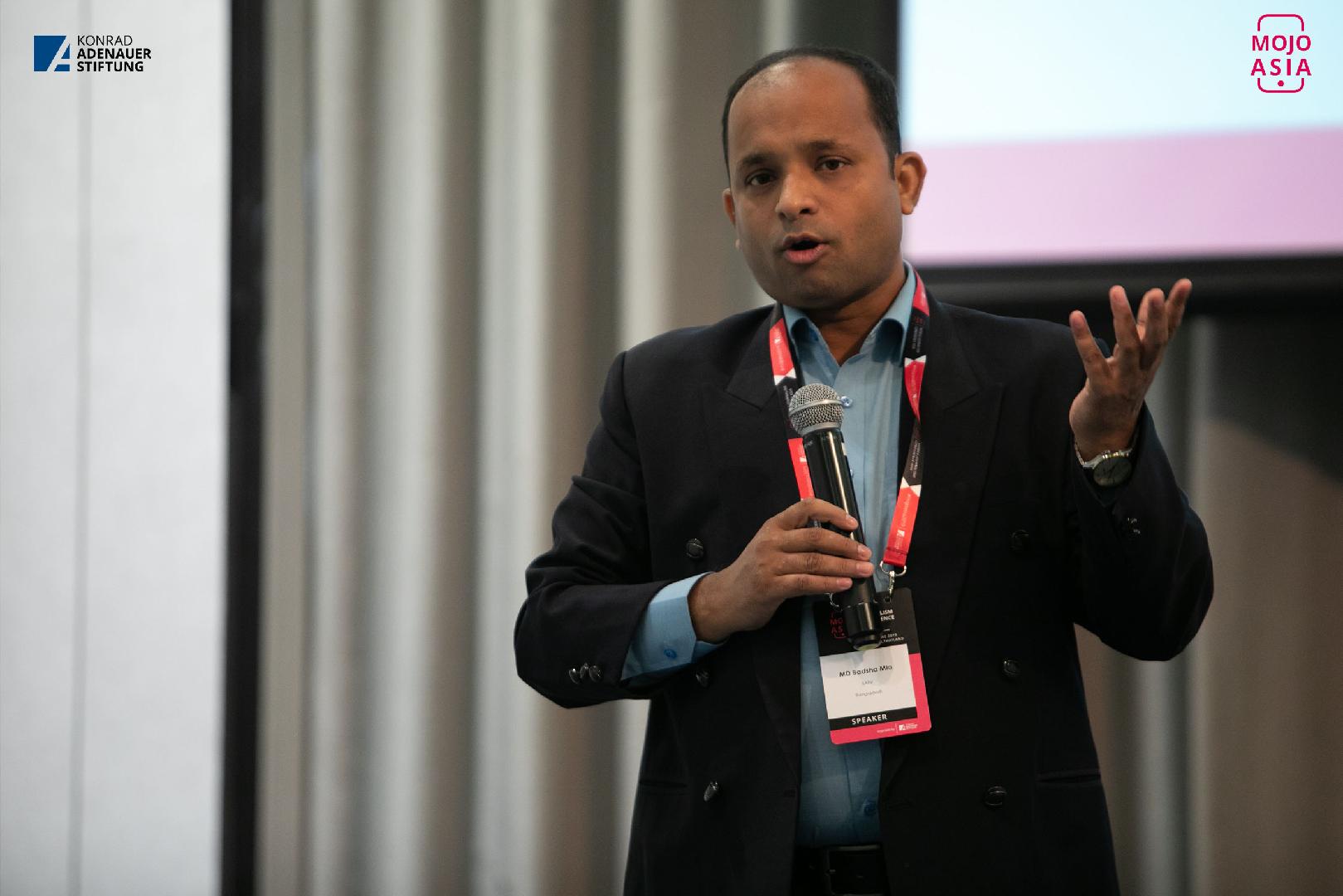 MD Badsha Mia from Bangladesh spoke about the advantages and disadvantages of newsrooms in which journalists only work mobile. 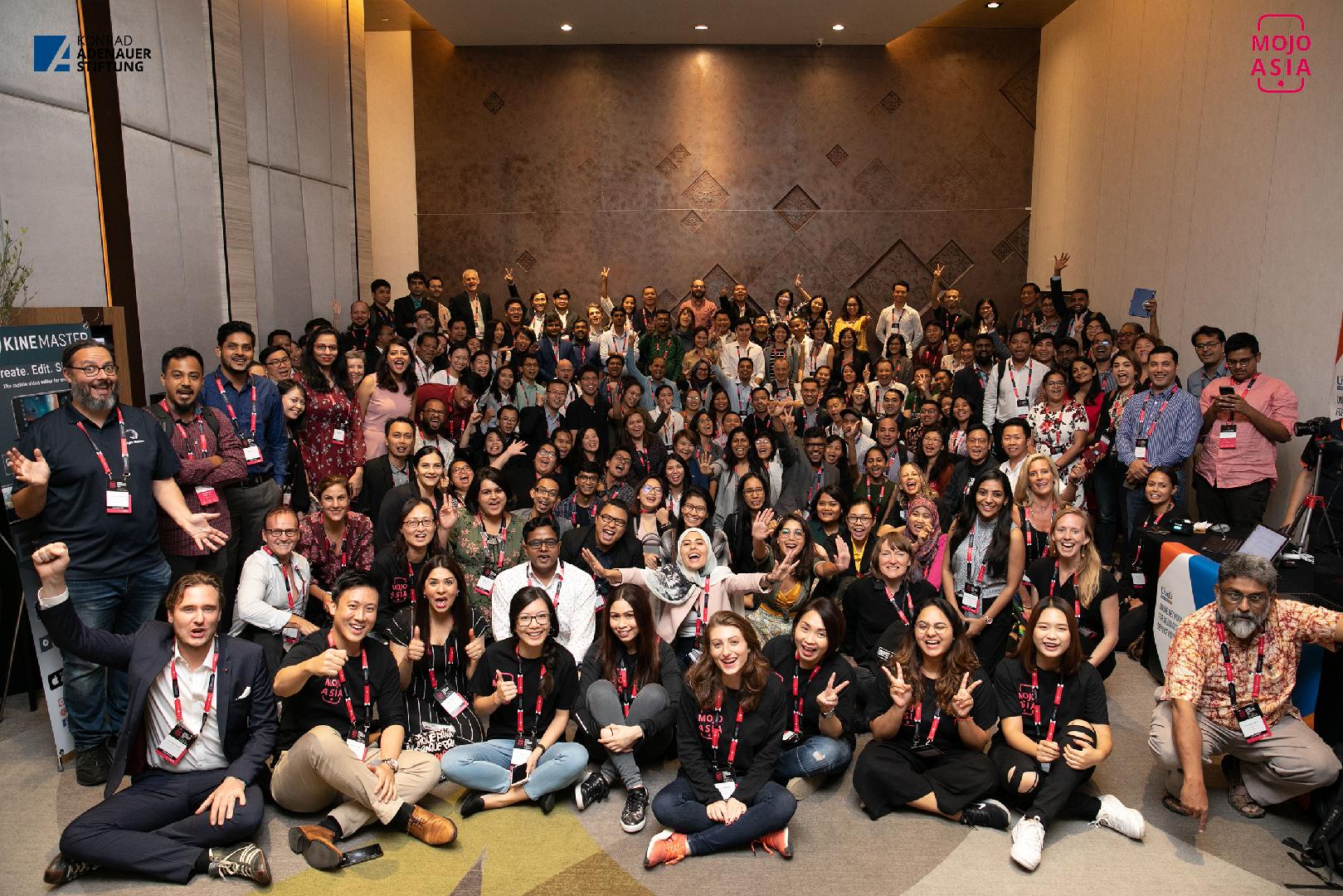 31 nations were part of the conference. 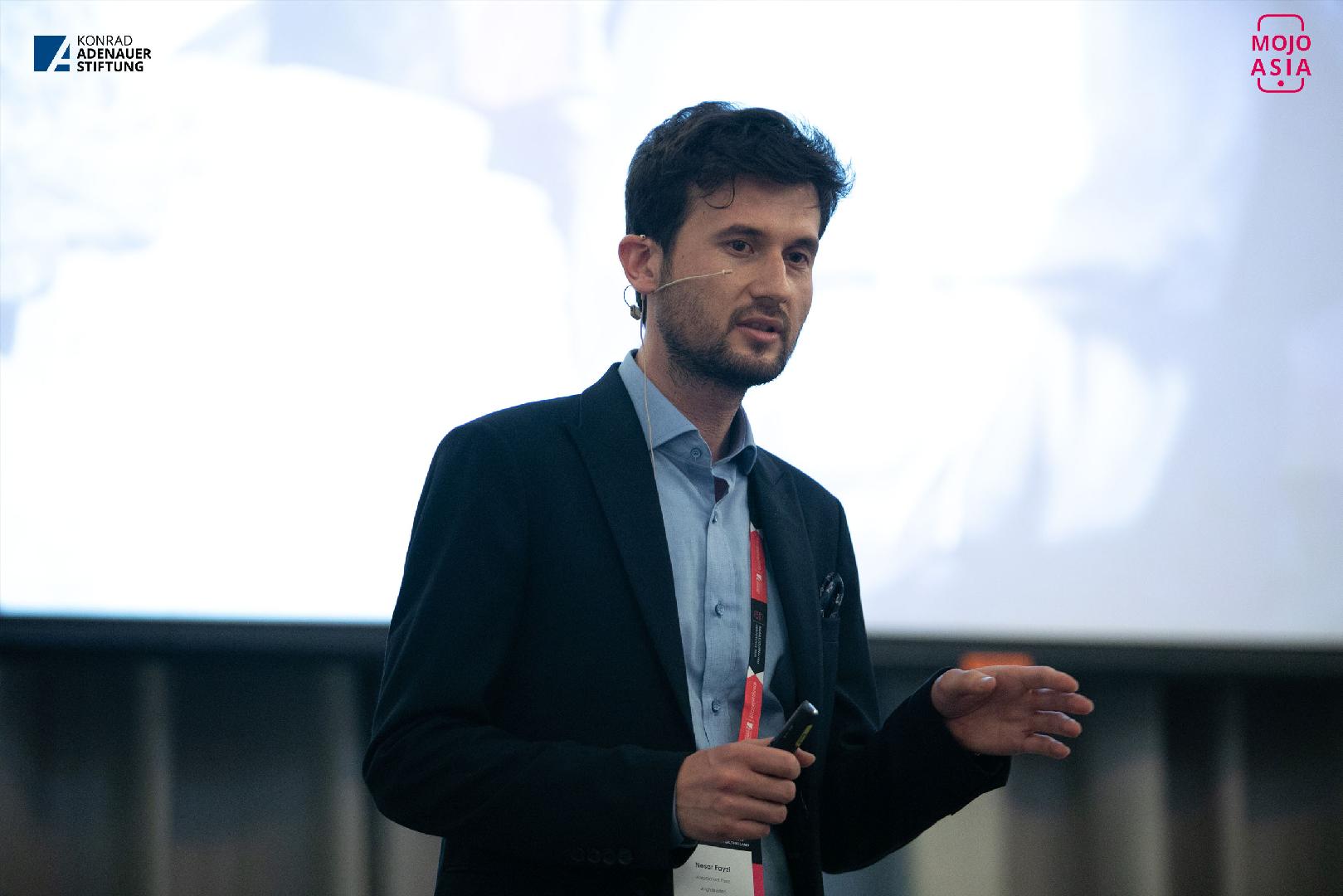 Reporter Nesar Fayzi told the attendees about how to work with mobile phones in crisis regions. 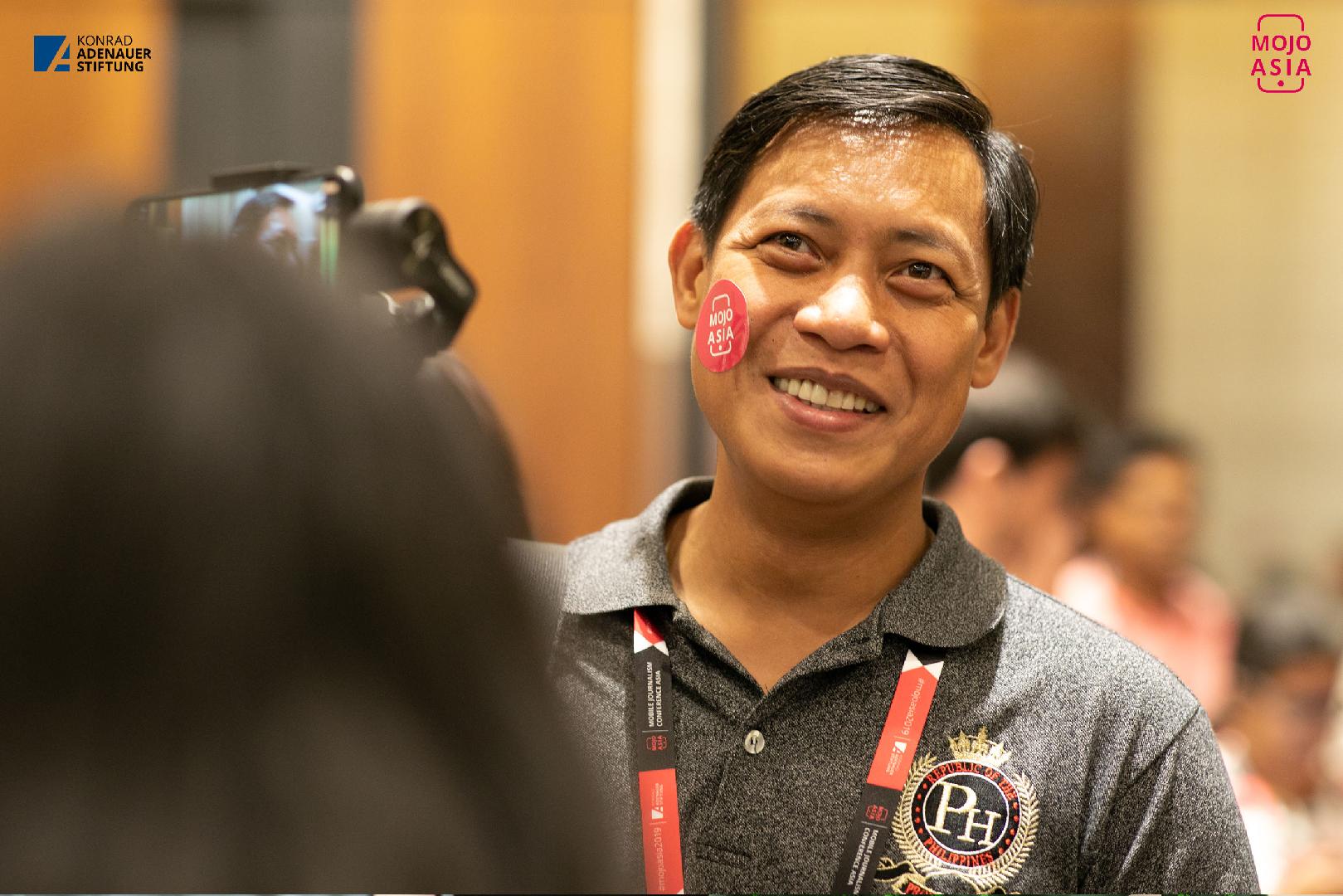 The attendees had much fun when they networked with each other. 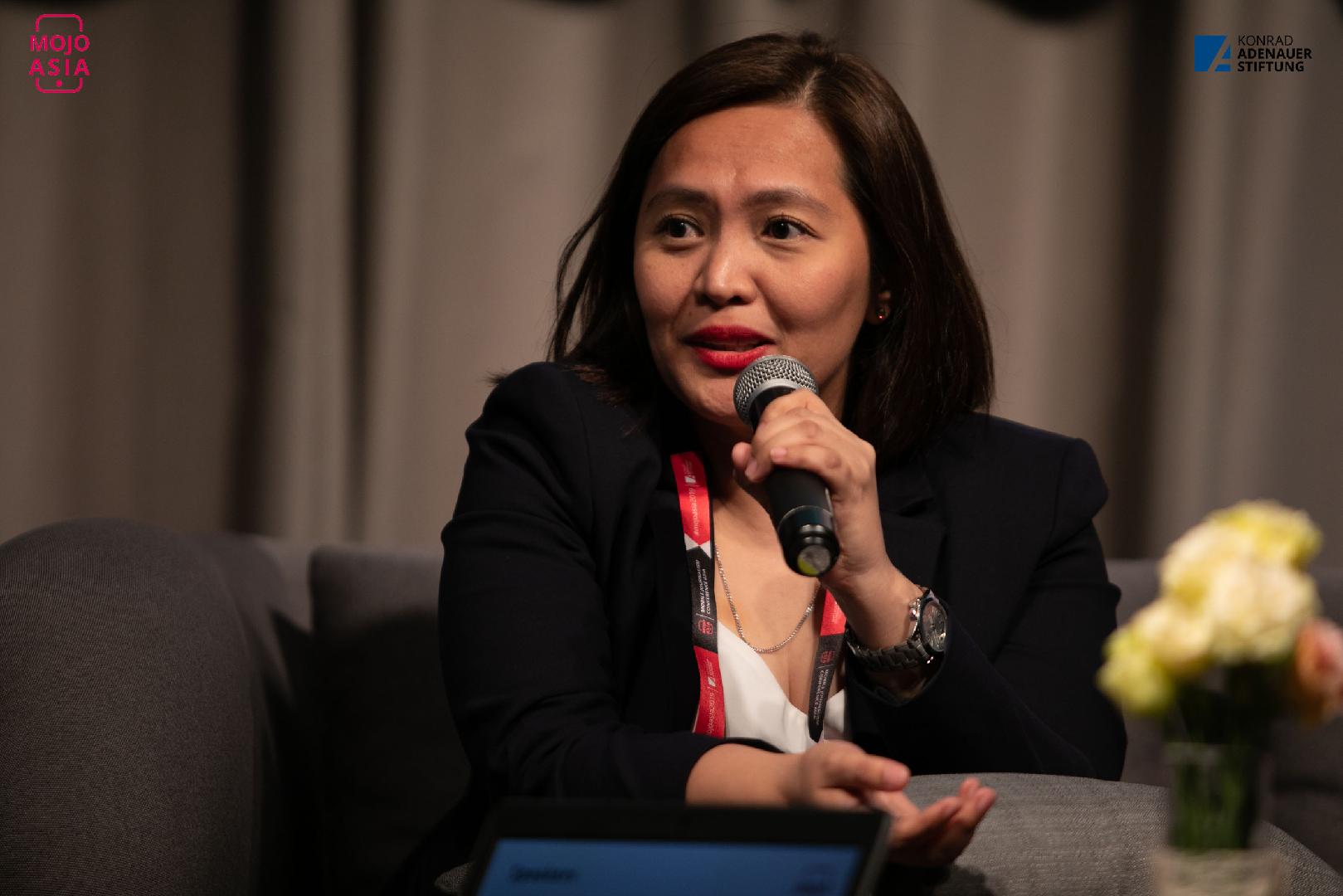 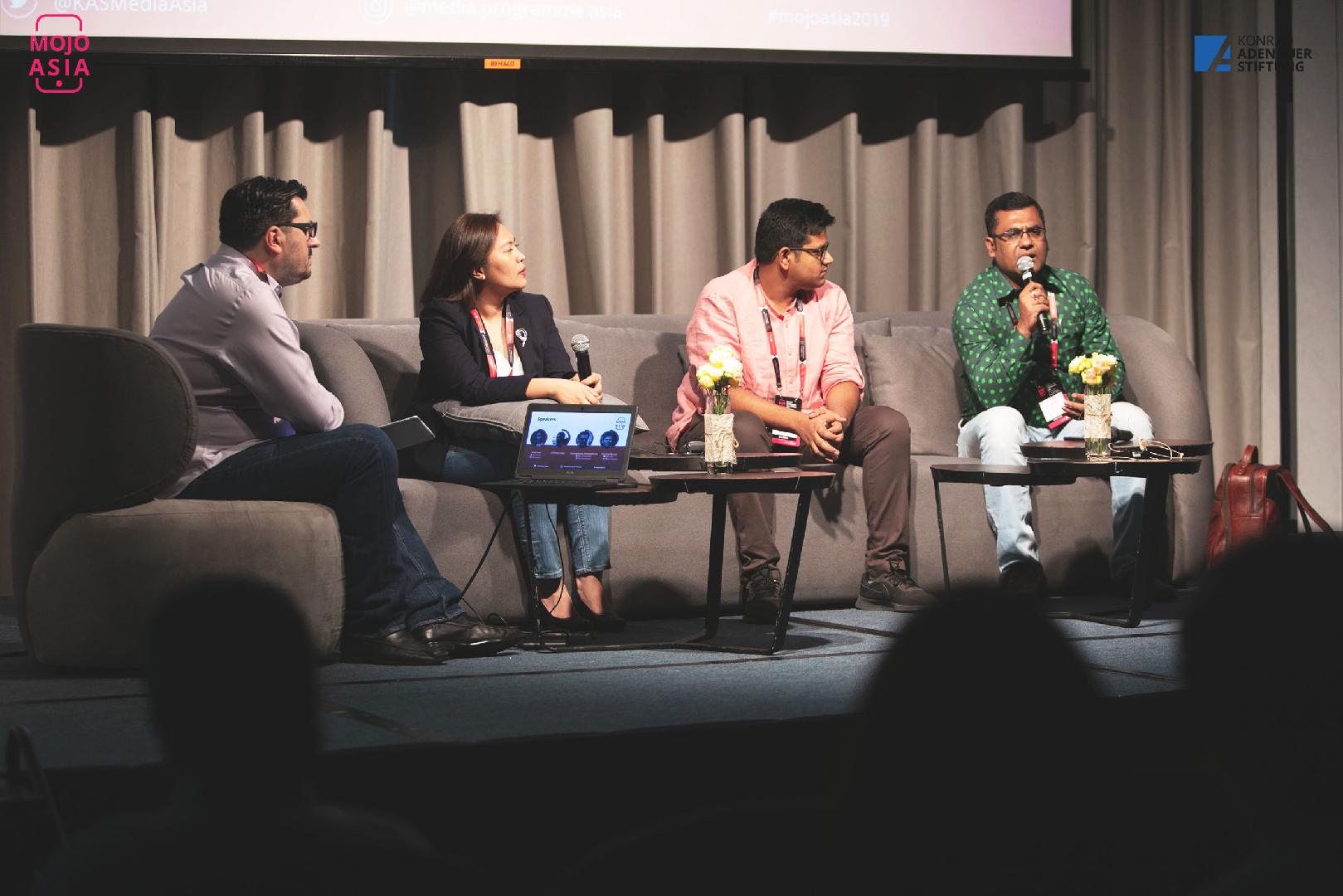 How can mobile phones be integrated into the processes of newsrooms? This question was discussed by Konstantinos Antonopoulos, Ana Puod, Sanshey Biswas and G M Mourtoza. 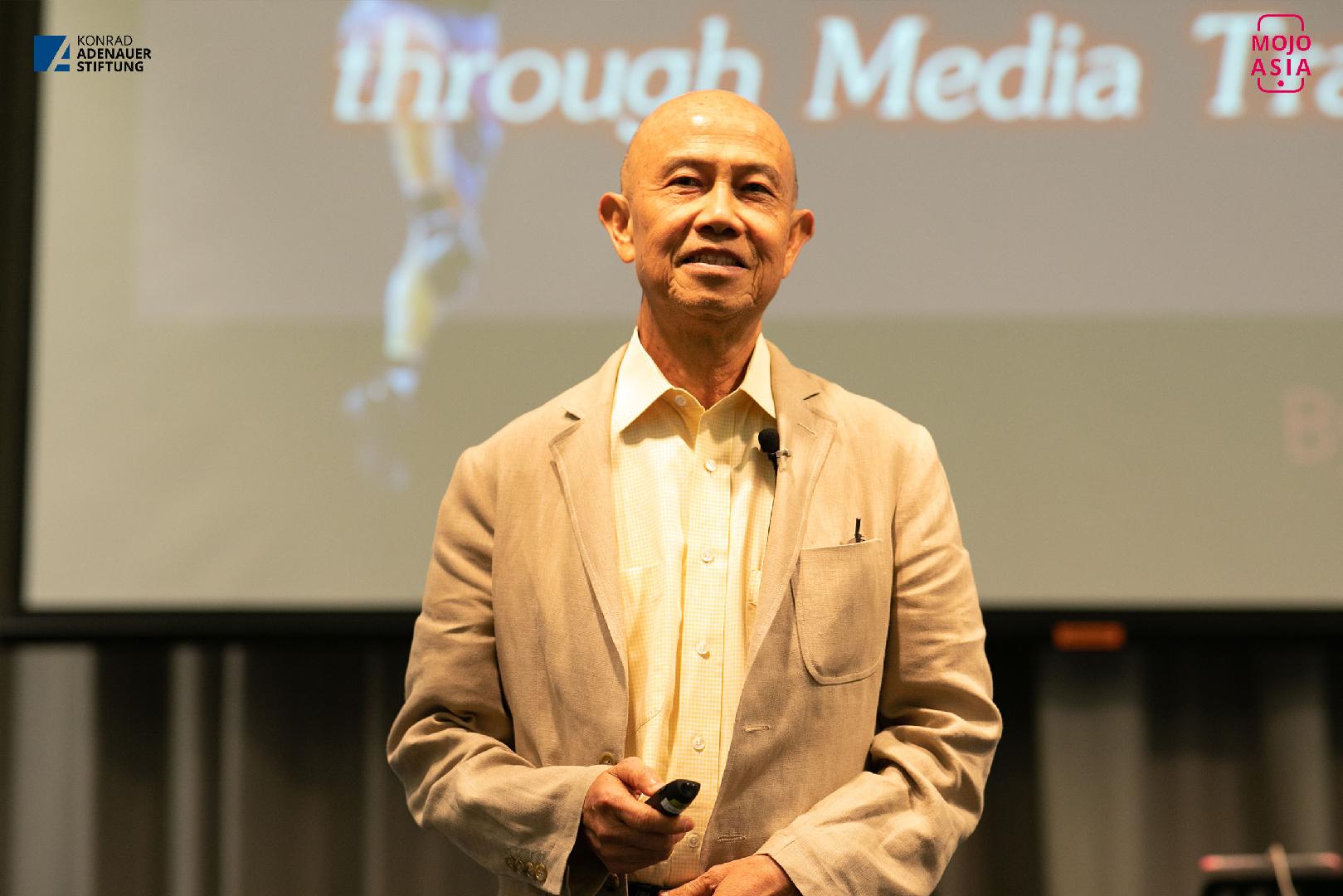 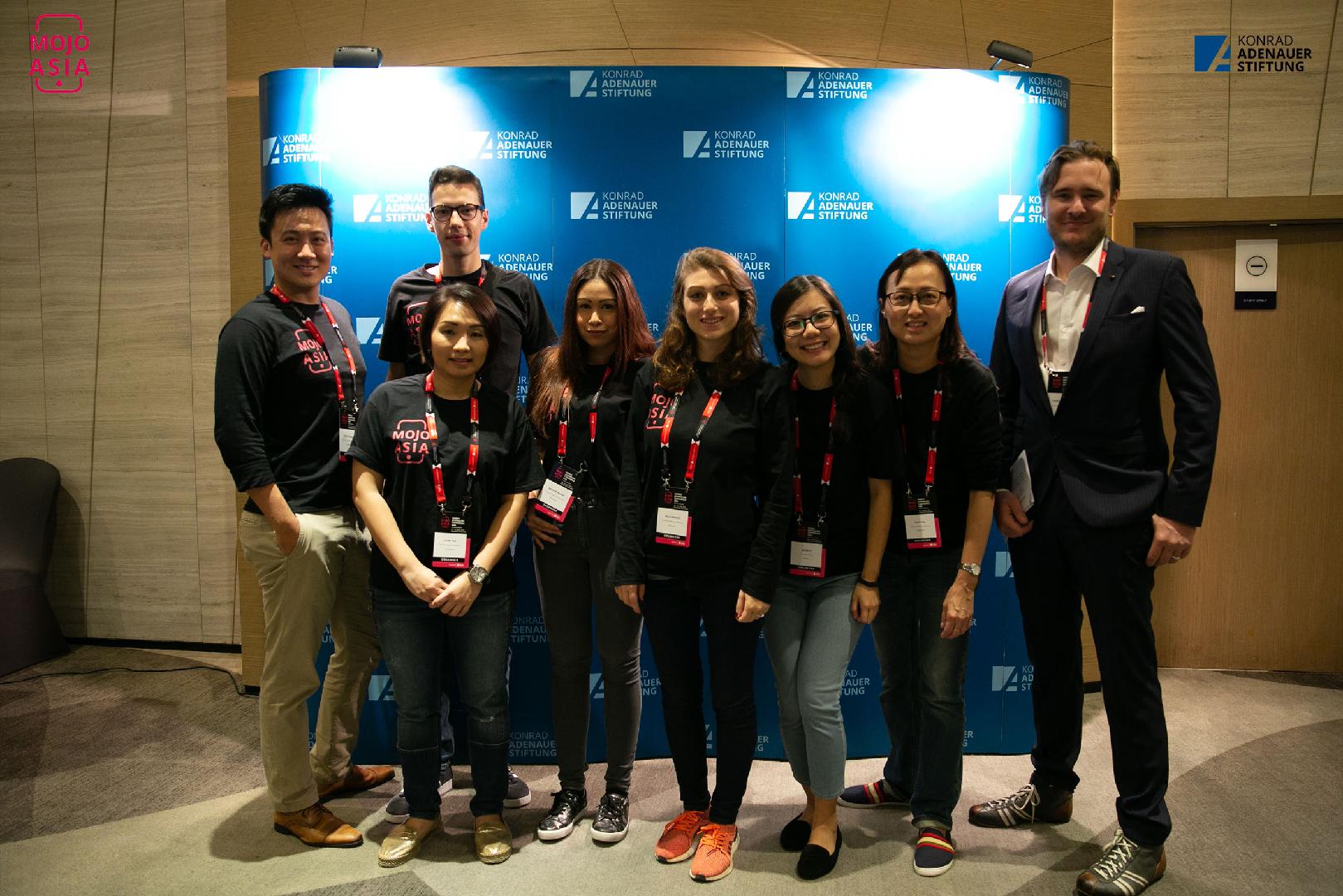 This is the Team behind #mojoasia2019.

Thousands of journalists all over the world use smartphones to produce and edit professional videos, audio and photographs for television, online, radio and social media. This phenomenon is known as ‘mobile journalism’, and it was the core theme of the inaugural Mobile Journalism Conference Asia, which brought together more than 250 journalists, editors and academics to share knowledge, insights and best practice on 28-29 June in Bangkok, Thailand.

Mojo Asia is one of a growing number of ‘mojo’ events, including international conferences and more recently, regional conferences in Africa and Latin America. The first ever Asian conference was organised by Konrad Adenauer Stiftung’s Media Programme Asia, which last year published a Mobile Journalism Manual for Reporters and Newsrooms that has been viewed online more than 135,000 times in the 14 months since it was published.

The conference programme featured presentations, panels, masterclasses and workshops by 28 leading mobile journalism practitioners, including 21 from Asia, and covered everything from using a smartphone to report for television, to covering warzones and crises, to creating podcasts, to making long-form documentaries.

“Asia’s first ever Mobile Journalism Conference has refuted the 20-year-old-narrative of media as a dying industry: He or she who uses the newest technologies in a smart, ethical and professional way has a golden future as a journalist, despite the fact that new business models have yet to be defined”, said KAS Media Programme Asia Director Christoph Grabitz.

The event attracted media coverage by a large number of media outlets including Thai PBS, ABS-CBN News and Journalism.Co.Uk. To help those who couldn’t afford to attend to participate in the discussion, the main sessions were live-streamed on Twitter.

One of the most popular panels was ‘Bringing Mobile Journalism to Our Communities’, a panel that explored collaborations between newsroom journalists and citizen reporters to tell under-reported stories while maintaining high journalistic standards.

In wealthier countries, mobile journalism is sometimes seen as a choice, and one that is not always welcomed – especially in television. But this is not the case in Asia, where many of the world’s big smartphone manufacturers and mojo app developers are based. Here, smartphones are increasingly part of daily practice at newspapers, TV and radio stations.

And while the switch from traditional cameras to smartphones can be difficult, for newsrooms but also for individual reporters, there is strength in continuous learning and adaptation, as keynote speaker and Thai media legend Suthichai Yoon told attendees at a special networking event on the Friday evening.

In the current crisis facing journalism, only those who can “leave their comfort zone, learn new skills, and keep experimenting will survive,” he said. “If you have the courage to change, you will find that you can do anything as a reporter”.

Some media outlets – like News5 in the Philippines – have taken that view to its logical extreme and gone ‘mojo only’. Senior producer Ana Puod gave a workshop on how the station manages its workflow, and which apps and phones it uses to get the best results.

Another outlet that relies almost exclusively on smartphones is Radio Padma in Bangladesh, and News Chief GM Mourtoza used his workshop to explain how the station’s reporters use phones to record, edit and distribute broadcast-quality audio. Because smartphones also come with a camera, the station live-streams video to Facebook and its popular YouTube channel during special programs and events.

The conference was followed by two days of intensive mojo training for 12 regional reporters in Bangkok, delivered by Thomson Reuters Foundation, the charitable arm of the global news agency Reuters.

The quality of the Mojo Asia sessions was praised by many of the participants, but so too was the atmosphere of the conference, which was one of mutual respect, knowledge-sharing and excitement about using an increasingly ubiquitous device to do high-quality reporting across all genres of journalism.

At the closing session, KAS Media Asia Director Christoph Grabitz announced that there will be a Mojo Asia 2020. “This conference is the beginning of a strong network of mobile journalists in Asia and cross-border. We want to use the #mojoasia2019 spirit to expand the awareness in the region to report with mobile devices. We will be back with new topics and more networking opportunities next year.”

A host country has yet to be chosen, but ideas for panels, workshops and masterclasses will be sought soon from the Asian journalism community. 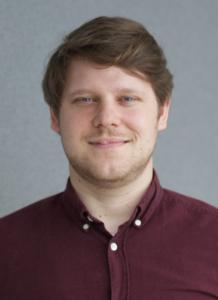