Cooperation between the Executives and the State Parliaments in making Laws

The programme for delegates from parliaments of Plateau, Cross River and Ogun States took place from March 26 -27, 2014 in Obudu Mountain Resort.The theme was chosen to discuss how the cooperation between the executives and the legislature towards making good laws for their states could be improved.
April 9, 2014 Ordering Information 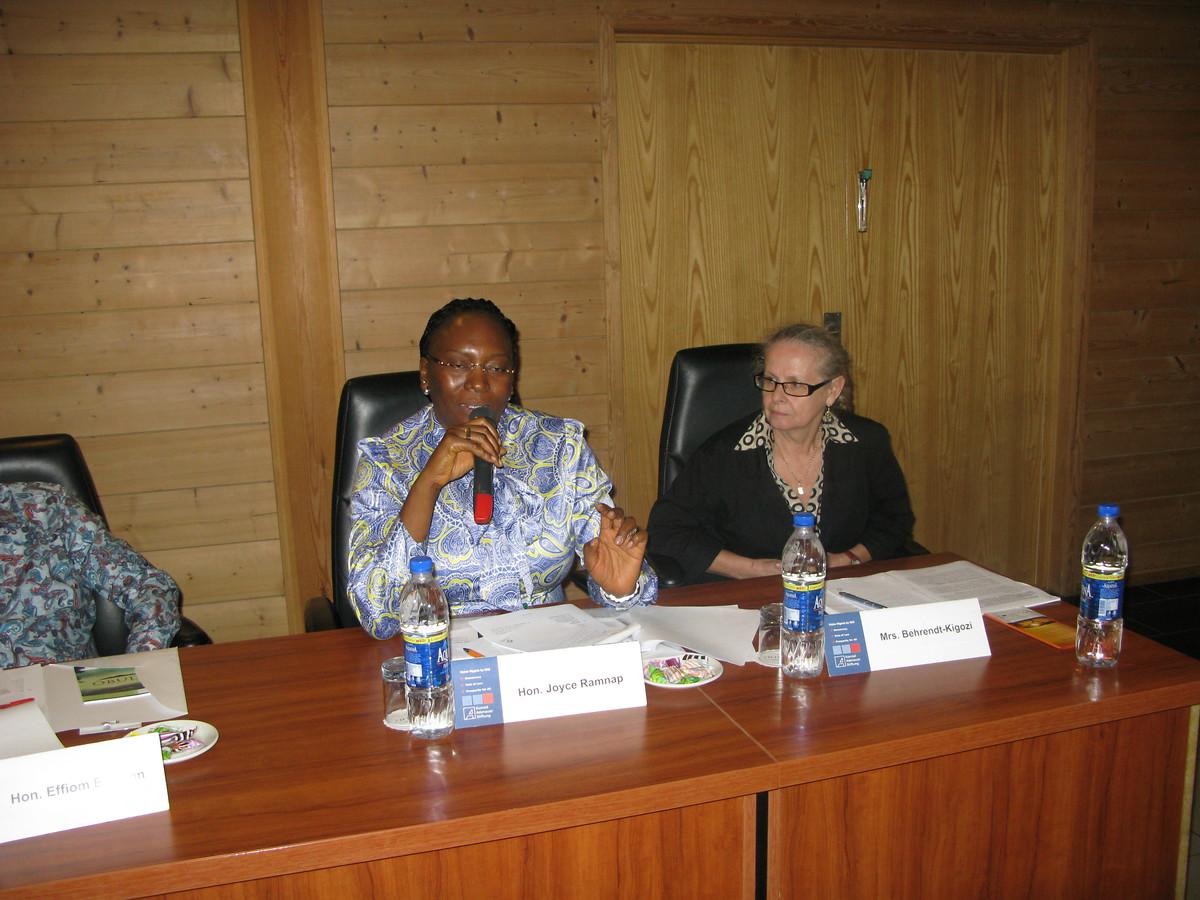 It was found out that in all states an overwhelming majority of the bills were sponsored by the executive, which lead to further discussions about the reasons.

Considering that initiation of bills is not only done by the executives, the Transition Monitoring Group’s chairman, Comrade Zikirullahi Ibrahim, spoke on the roles of the civil society organizations in the initiation of bills. Prof. Tajudeen Akanji from the University of Ibadan contributed to the discussion with ideas on possible laws for reducing insecurity in Nigeria, by looking at other countries that are facing the same challenges Nigeria is facing today. Dr. Otive Igbuzor looked at the parliamentary oversight of the executive and pointed out the positive and negative roles of the Governors. He raised the fact that the governors are very powerful in their states, and can determine the affairs of the states. Despite of the very influential and powerful tool of Governors the legislature should stand up to their task, by doing the right thing at the right time and should always follow the constitution in their dealings with the executives.

As a result of the program the participants issued a communiqué with 17 recommendations which will be followed up and worked upon in each state. The communiqué is attached for further information

Cooperation between the Executives and the State Parliaments in making Laws