Fateh-Hamas reconciliation agreement improves the standing of Hamas, but the public prefers Fayyad as prime minister to Hamas’ candidate and wants the new government to follow Abbas’ and the PLO’s peace policy rather than Hamas’
June 20, 2011 Ordering Information

These are the results of the latest poll conducted by the Palestinian Center for Policy and Survey Research (PSR) in the West Bank and the Gaza Strip between 16-18 June 2011. The poll was conducted after the signing of the reconciliation agreement between Fateh and Hamas and during the continued turmoil and revolt in the Arab World including the popular uprisings in Syria, Yemen and Libya. This press release covers Palestinian domestic conditions, the performance of the governments of Salam Fayyad and Ismail Haniyeh, the internal balance of power between Fateh and Hamas, the future of the reconciliation agreement, and the views of the public on the most vital Palestinian goals and the most serious problems confronting Palestinians today.

Findings of the second quarter of 2011 show that the reconciliation agreement between Fateh and Hamas has triggered important changes in public attitudes and perceptions. Indeed, the agreement has removed, almost completely, the issue of the split between West Bank and the Gaza Strip from the list of critical problems in the minds of the public. But the fading of the problem of the split led to the emergence of a new problem: the concern that the agreement, once implemented, and a majority believes that it will indeed be implemented, it will bring back international political and financial sanctions and boycott. For this reason, and while findings show that Hamas has benefited considerably from signing the agreement, a clear majority of the public wants the new Palestinian government of specialists, once formed, to implement the president’s and the PLO’s peace program and policy rather than that of Hamas. Most importantly, the largest percentage wants Salam Fayyad, Fateh’s candidate, to be the next prime minister. Indeed, only a small minority wants Jamal Khodari, Hamas’ candidate, to be the next prime minister. Perhaps the public believes that if Fayyad stays as prime minister and if he continues to implement Abbas’s peace agenda and policies, the threat of boycott and sanctions would diminish or disappear.

The future of the reconciliation agreement:

These are the results of the latest poll conducted by the Palestinian Center for Policy and Survey Research (PSR) in the West Bank and the Gaza Strip between 16-18 June 2011. Total size of the sample is 1200 adults interviewed face to face in 120 randomly selected locations. Margin of error is 3%. For further details, contact PSR director, Dr. Khalil Shikaki, or Walid Ladadweh at tel 02-296 4933 or email pcpsr@pcpsr.org. This poll was produced with support from the Konrad-Adenauer-Stiftung (KAS) Ramallah. 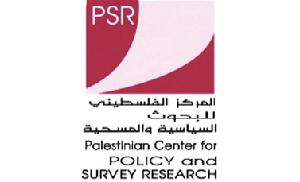