A delegation of volunteers of Aktion Sühnezeichen Friedensdienste (ASF) visited the Konrad-Adenauer-Foundation (KAS) Ramallah on June 8th, 2011. The 32-strong delegation was headed by Katharina von Münster, the representative of ASF in Israel.
June 8, 2011 Ordering Information 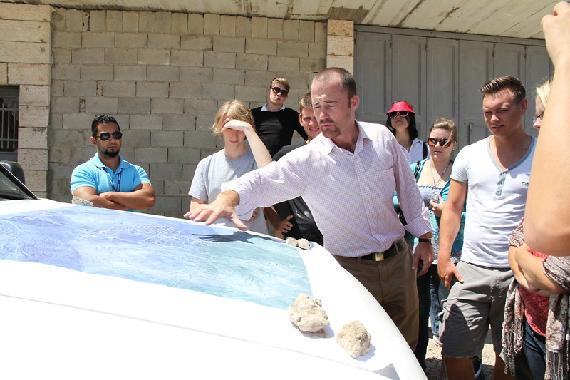 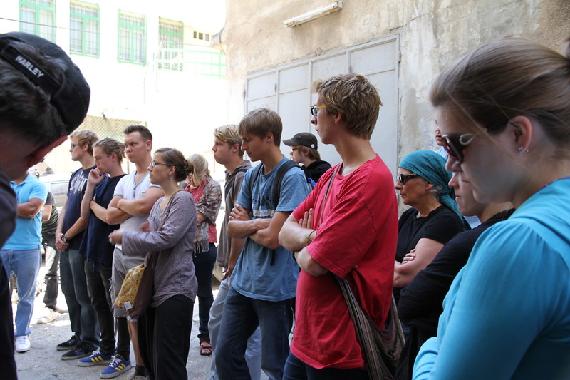 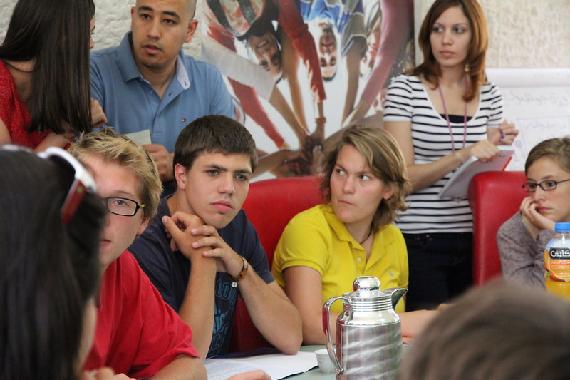 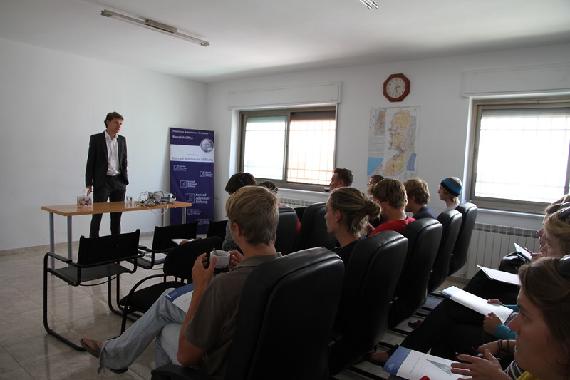 Still in East-Jerusalem, the group visited the Palestinian refugee camp Shufa't. Michael Neuwirth, Operations Support Officer at the United Nations Relief and Works Agency for Palestine Refugees in the Near East (UNRWA), led them through the camp. This gave them an insight into the hardships of life in a refugee camp as well as the work of UNRWA, whose goal it is, amongst others, to provide the refugees with basic schooling and medical services.

The delegation met with staff of the Palestinian Youth Association for Leadership and Rights Activation (PYALARA) and a group of young Palestinian journalist. PYALARA is an association devoted to educating the Palestinian youth about an independent and specialized media, as well as to providing them with the necessary tools to become valuable members of their society. PYALARA considers “young people as catalysts for change”. The ASF delegation had the opportunity to discuss the realities of the Palestinian youth's daily life, including the importance to them of “the virtual public sphere” as a means to “compensate the disconnection” between the Palestinian populations in the West Bank, Gaza, Israel, and abroad.

Then, the volunteers of ASF and the journalists from PYALARA had a lunch together at the KAS Ramallah office. Mr. Felix Dane, the KAS Resident Representative to the Palestinian Territories, welcomed the delegation and laid out the KAS-office's projects and goals.

Following this talk, Mr. Xavier Abu Eid, consultant at the Negotiations Support Unit (NSU), summarized the Palestine Liberation Organization's (PLO) official position in the peace negotiations with Israel. The NSU is a department of the Ramallah-based Negotiations Affairs Department (NAD), whose more than 20 employees implement the Negotiations Support Project supported by Great Britain, the Netherlands, Norway and Sweden. The project's objective is to lend technical support to the Palestinian Authority in their peace negotiations with Israel, as well as to revive them through diplomatic initiatives after they fail. In his presentation, Mr. Abu Eid referred to the preparation of negotiations as the tool to reach the end game of a sovereign Palestinian state within the 1967 borders.

After a closing talk with Mr. Dane in the KAS offices, the group made their way back Jerusalem.