Expert Discussion on the Current Mood in the Palestinian Territories

On March 19, our partner the Palestinian Center for Policy and Survey Research (PSR) presented the findings of the 71 joint Public Opinion Poll carried out in partnership with Konrad-Adenauer-Stiftung Palestine during a press conference in our Ramallah office.
March 19, 2019 Ordering Information 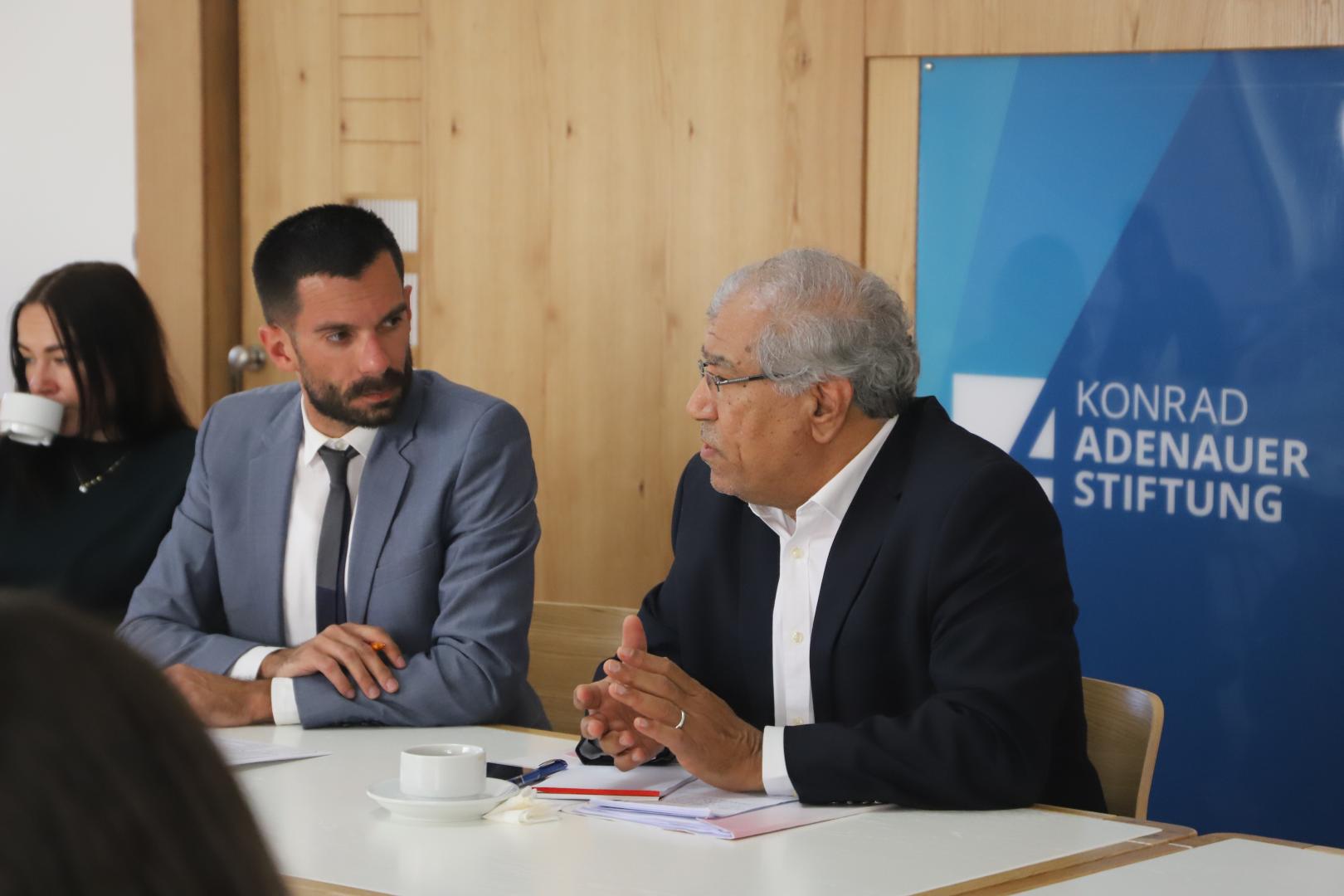 Marc Frings along with Dr. Khalil Shikaki during a joint press conference to present the findings of public poll 71

Dr. Khalil Shikaki, Director of PSR, presented the latest results of the quarterly survey, which focused on the appointment of Dr. Mohammed Shtayyeh as the new Prime Minister of the Palestinian government, the US President Donald Trump’s peace plan, and the shift in public support for President Mahmoud Abbas and the Palestinian Liberation Organization (PLO).

It became clear that support for President Abbas has increased significantly in recent months due to his strong stance on Israel in the context of withheld funds for the Palestinian Authority (PA), while support for the PLO has declined in the same period, both in the Gaza Strip and the West Bank. Another focus was on the attitude of the population towards potential upcoming elections led by the PA, which according to the polls would result in a boycott of elections that do not include presidential ones. Moreover, and in contrast to the last Public Opinion Poll carried out in December, the majority expressed disagreement with the decision to dissolve the Palestinian parliament.

It is worth noting that today, 54% of the public sees the PLO as the sole legitimate representative of the Palestinian people whereas it used to be 69% thirteen years ago.

To review the full results of the study, check the PDF available in English. 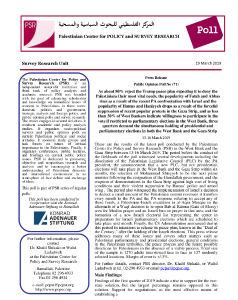