The results of the Transatlantic Trends 2022 Survey were published. As last year, Turkey's inclusion in the Survey was made possible thanks to the support of the KAS Türkiye.

The results of the Transatlantic Trends 2022 Survey, conducted by The German Marshall Fund of the United States (GMF) and the Bertelsmann Foundation (North America) in partnership with BBVA Foundation, Montreal Jean Monnet Center, Luso-American Foundation for Development (FLAD), Konrad-Adenauer-Stiftung Türkiye (KAS) and the Embassy of the Kingdom of the Netherlands in France, were published on 29 September 2022.
September 29, 2022 Ordering Information

The results of the Transatlantic Trends 2022 Survey, conducted by The German Marshall Fund of the United States (GMF) and the Bertelsmann Foundation (North America) in partnership with BBVA Foundation, Montreal Jean Monnet Center, Luso-American Foundation for Development (FLAD), Konrad-Adenauer-Stiftung Türkiye (KAS) and the Embassy of the Kingdom of the Netherlands in France, were published on 29 September 2022.

Kantar Public carried out the fieldwork for the survey, which covers the USA, Germany, the United Kingdom, France, the Netherlands, Spain, Sweden, Italy, Canada, Lithuania, Poland, Portugal and Romania, as well as Türkiye, between March 26, 2022 and July 11, 2022. A sample of 1,500 people aged 18 and over was used in each country. Data was collected through online access panels (in Türkiye: 1,000 online and 500 in-person surveys were conducted) and results were weighted by age, gender, income, region, and occupation.

As last year, Turkey's inclusion in the Transatlantic Trends 2022 Survey was made possible thanks to the support of the Konrad-Adenauer-Stiftung Türkiye (KAS). For KAS Director Walter Glos, it is very important to examine the views and attitudes of the Turkish population towards the transatlantic community. He also pointed out that trust is an important aspect in international relations and that both political leaders in Turkey and Western allies should be asked why there is so much skepticism towards Turkey abroad and towards Western allies among the Turkish population. Compared to the previous year, the Turkish population's trust in Germany continues to decline. Walter Glos emphasized that the Konrad-Adenauer-Stiftung Turkey Office will continue to work for understanding and dialogue between Turkey, Germany and the EU.

Turkish respondents are more likely than respondents from other countries to advocate an independent approach to their countries' relations with China and Russia. In addition, most Turks are negative about the influence of the US and the EU, disapprove of US President Biden's management of international relations and do not want the US to play a role in European security.

Nearly three quarters of Turks surveyed are dissatisfied with the current state of democracy in Turkey.

The "crisis of confidence" between Turkey and its Western Allies manifests itself in the fact that Turkish public opinion does not find Western countries trustworthy, and public opinion in Western countries does not find Turkey trustworthy. In five years' time, the influence of the US and the EU is expected to diminish, while that of China and Russia will increase. Germany stands out as the country that the Turkish public trusts the most.

65% of Turks surveyed view US President Biden's handling of international relations unfavorably. This is considerably higher than the 32% average across all countries surveyed.

Turkey is not seen as a reliable partner in the countries surveyed. While only 27% of respondents in the other countries surveyed see Turkey as a reliable partner, Turkey ranks at the bottom of the list in terms of reliability after Lithuania (43%) and Romania (32%). Romania (63%), Lithuania (36%), Poland (35%, up 9 points from last year) and the US (33%) are the countries with the highest rates of trustworthiness, while Sweden (11%, down 5 points from last year), Germany (17%) and France (18%) are the countries with the lowest rates of trustworthiness.

In Turkey, on the other hand, trust in partners has declined significantly compared to last year. Forty-three percent of Turkish respondents (down 11 points from last year) consider Germany to be a reliable partner. Germany is followed by Canada (down 15 points on last year), Spain (down 9 points on last year) and Italy (down 8 points on last year), each with 37%. The partners that Turks find least trustworthy are the US (17%), the UK (24%) and France (25%). The biggest decline in terms of trust is observed for Sweden. While 53% of Turks surveyed in 2021 stated that they considered Sweden to be a reliable partner, this rate dropped to 33% in 2022.

Across all countries surveyed, the average of those who think democracy is under threat in their country is 45%, while this rate rises to 74% in Turkey. Italy follows Turkey in this regard with 64%.

On the other hand, 51% of Turks who support a tougher stance against China do not support it if it would harm the Turkish economy. 56% of the Turks surveyed support their country to conduct its relations with China independently from other actors. While 16% of Turks favor a policy towards China together with Asian countries, 13% support acting together with the EU.

In the case of China's invasion of Taiwan, 45% of Turks think that a purely diplomatic approach should be taken. 15% support sanctions against China together with other countries, while support for both military support and sending troops to Taiwan remains at 2%. 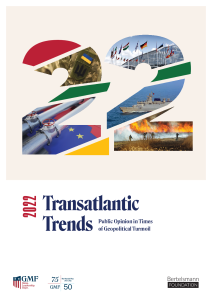 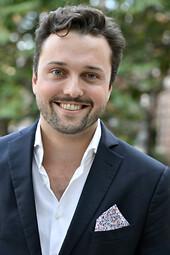