Addressing Past Injustices from a Canadian-German Perspective

The 2022 revelations of mass graves of children at the sites of former
residential schools forced Canada to consider more directly
what the Truth and Reconciliation report had already concluded
in 2015: Canada’s residential school system was part of a program
of “cultural genocide” that sought to eliminate Indigenous peoples
by, among other things, taking children from families and forcing
them to endure destructive and indeed deathly conditions. Notwithstanding the real dangers of disrespecting the uniqueness
of the relevant wrongs and traumata in the two countries, comparing
the “memory cultures” of Canada and Germany can yield
important lessons – about the diversity of forms that genocide can
take, about the range of possible responses to gross wrongdoing,
about productive modes of commemorating the past, and about
the possible roles of collective memory in forging more democratic
forms of citizenship. Memory politics in the two countries has been unpredictable and
deeply contested, involving battles by far-right groups against any
form of national introspection or questioning, on the one hand, and
struggles by citizens’ groups and Indigenous nations against topdown
approaches that try to silence or contain the past, on the other. Our comparisons leads to four key conclusions about what meaningfully
addressing historical injustices tends to require: 1) critically
considering the country’s national identity and related modes of addressing
the past in lasting ways; 2) actively confronting present-day
injustices, such as racism, anti-Semitism, and the dispossession of
Indigenous peoples; 3) opening up a space for memory activism
of historically oppressed groups also in the form of grassroots, citizen-
based commemorative practices; 4) recognizing that a democratic
memory culture requires an ongoing commitment to critical
assessment, openness, and collective learning. 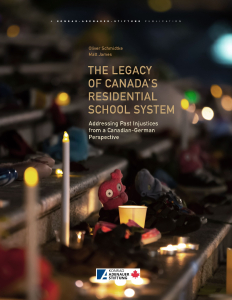