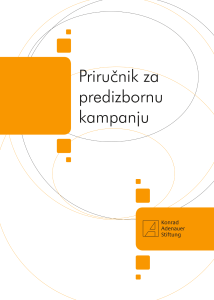 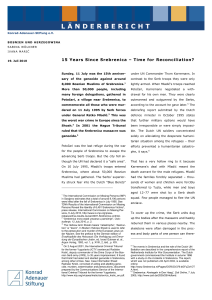 15 Years Since Srebrenica - Time for Reconciliation?

Sunday, 11 July was the 15th anniversary of the genocide against around 8,000 Bosnian Muslims of Srebrenica. More than 50,000 people, including many foreign delegations, gathered in Potočari, a village near Srebrenica, to commemorate all those who were murdered on 11 July 1995 by Serb forces under General Ratko Mladić. This was the worst war crime in Europe since the Shoah. In 2001 the Hague Tribunal ruled that the Srebrenica massacre was genocide. 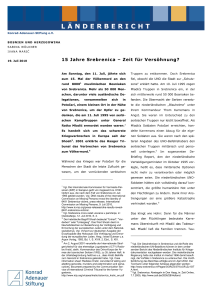 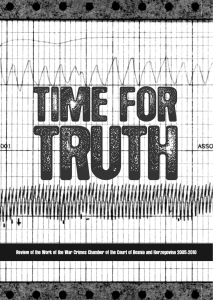 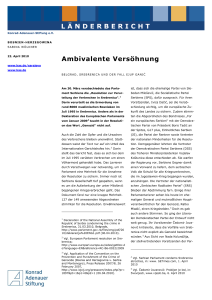 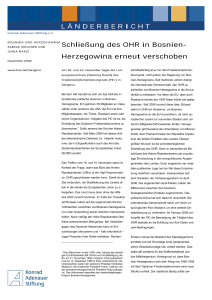 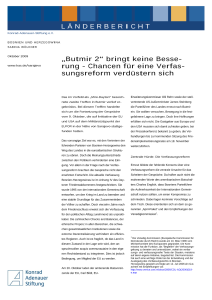 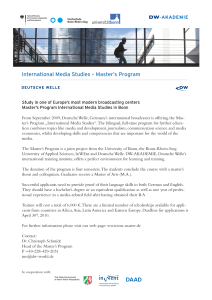 From September 2009, Deutsche Welle, Germany’s international broadcaster is offering the Master’sProgram „International Media Studies“. The bilingual, full-time program for further educationcombines topics like media and development, journalism, communication science and mediaeconomics, whilst developing skills and competencies that are important for the world of themedia. 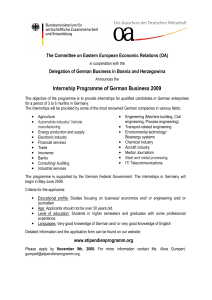 The objective of the programme is to provide internships for qualified candidates in German enterprises for a period of 3 to 6 months in Germany.