The Seventh Annual Conference on Russia of BALTDEFCOL in Tartu

Responding to Russia in a Multi-Threat World

Putinism, the pseudo-Counter Enlightenment, Russia´s Alternative World Order: Ideology or Camouflage, “Responsibility/Duty to Protect” as Legal Basis for Russian Interference? – those are only some topics that were discussed on the seventh annual conference on Russia of Baltic Defence College (BALTDEFCOL) on 4-5 March 2021 in Tartu.
11. März 2021 Bestellinformationen

The 2021 Annual Conference on Russia was held online from Tartu on 4-5 March. The event brought together the best experts from the Baltic Sea Region, Russia, Europe, and the United States for two days of debates on matters relating to Russia, its perception of the current world order, universal values, its partners and adversaries, regimes and values, approaches to neighbors and truths, and leadership. The Commandant of the Baltic Defence College Tamm bracketed the goal of this event as a dialogue that would not end up with any easy answers or solutions to the challenges of this relationship for any entity with Russia.

Continuing this way, President Toomas H. Ilves outlined the intellectual and philosophical history behind the ideology of Putinism, which currently informs Russian state policy. As an incoherence born of the ‘anti-Enlightenment’, this ideology definitely does not provide any easy answers as much as it leads to more questions of how to engage with a country that at its core understands foundational concepts of society in a completely different way. Any tool to intervene and obstruct international rules in the name of values dear mostly to Russian elites - finds justification. An example at home even in religion, as the Orthodox Church becomes a tool and defender of the political class – and it has come to justify the bad state behavior because it has the blessing of the Church. According to Ilves, Russia views democracy as disorder and disorder as democracy on the domestic and international levels. Several of these conditions among many others make cohabitation with the present Russia rather complicated.

Practical cooperation with Russia bears risks. Estonian Minister of Defence Kalle Laanet underlined this point by urging for a unified Western response. With solidarity, caution, and resilience, the near abroad must especially consider Russia as an entity that takes any open-door policy as an invitation for intervention and the reestablishment of Cold War buffer zones with Ukraine, Moldova, Belarus, and possibly even beyond. Owing to the growing domestic political paranoia from an assumed but deliberately constructed global anti-Russia attitude, the Kremlin generates revisionist and expansionist foreign and security policies. In front of such ambitions, no country should be sacrificed on the altar of Russia’s expansionist ambitions. Conversely, the West should assume firm stand to contain Russia – willing to take back all that has been lost to the collapse of the Russian Empire or the Soviet Union. Politically, there are no signs or trends that could possibly break this trend with Russia. Any opposition to the well embedded Putinism is unthinkable - while millions of Russians have supported such opposition figures as presently incarcerated Alexei Navalny, millions more either think they cannot do anything or remain apathetic.

The conference experts made it very clear – there is no such thing as global anti-Russia. Conversely, the non-existence of a unified front against Russia’s efforts to undermine liberal democracy by ruling and dividing is dangerous – currently multipolarity is the central concept for Russian foreign policy at the official level according to Dr.  Ivan Timofeev (Russian International Affairs Council). Since Russia has not been able to offer or impose any new global order, it only dreams of regional hegemony, according to Sir Andrew Wood, Chatham House. This assertiveness is the ideological result of the Russia’s modern appraisal of the Soviet Union by celebrating the victory of 1945 without the context of the horrors of 1917.

In this light, neighboring states such as Georgia, Ukraine, and now Belarus are trying to maintain their own independence with every action they take in reaction to Russia as a ‘nuisance power’ that disrupts the rules of civilized international relations, according to Ilves. The Baltic States, Europe, and transatlantic partners must be ready to deal with such a Russia in a long-term. The essential issue is the nature and development of Russia’s domestic affairs, but there is no real succession dynamic for Putin per the words of Professor Lukas Milevski (Leiden University).

The West should just let Russia be Russia – one that must not be provoked or indulged, but well contained according to Dr. Sandis Šrāders (Baltic Defence College). The result of the absence of such paradigm and policies is well in our sight. Ambassador Batu Kutelia (Foreign Policy Research Institute) underlines the appalling outcomes of the Western reactive strategy thus far. He says, to tame Russia the free world needs to be on the offensive or at least not to wait until Russia takes aggressive actions. According to James Sherr (International Centre for Defence and Security) stability and peace in Europe derives from the post-Cold War security order which Russia sees as illegitimate. Russia will never accord us more respect than we accord ourselves. Russia’s actions will aim at undermining the very institutions, such as NATO and the EU, and solidarity that binds Europe and the United States together in this common community of security and also affluence. Thus, we must act from the position of strength.

The 2008 war against Georgia was the first of Russia’s overt actions against NATO. The ongoing and expanding war against Ukraine since 2014 is part of Russia’s war against the EU – especially its future expansion, values, and partnerships. Thus, there is an urgent need to reassert European strategy in relations with Russia – a hard task with presently and formerly inept EU leadership guiding and foreign policies with Russia. During the 2021 Conference on Russia – with Kremlin statue in the background – Dr. Leonid Karabeshkin (Euro University) succinctly noted that Russian political rationality has prevailed over international law. Even though the West should try to find ways of working with Russia, Dr. Viljar Veebel (Baltic Defence College) concludes that Russia and the West are not always in conflict with each other, but presently are increasingly going in different directions.

Now, there are three pillars that are guiding Russia’s international efforts. The first is to assert the control over the former Soviet Union. These geopolitical ambitions include geographic control over the Baltic States, Poland, Central and Eastern Europe, and even Germany – with all possible means both politically and economically. The second is to organize the rest of the world against the West by building close connections on military and economic front throughout Eurasia. Finally, the weakening of US influence and engagement with Europe is an important task in order to fulfil the first (rebuilding former Soviet space) or the second (replacing with the rule of the jungle where the powerful subjugates the weak – the post-Cold War cooperative liberal democratic world order). We can conclude these three tasks are strongly interrelated.

The current reality check and tasks for the EU and NATO are a reassessment of energy cooperation, remedying of the rupture in transatlantic ties from the times of the Trump administration, and increasing efforts to tame such bilateral efforts by European states as Italy (among others) to build bridges, both multilaterally and bilaterally, with Russia over distinct and common NATO and European foreign and security policy according to Professor Stefano Braghiroli (J. Skytte Institute of Political Studies of Tartu University). This European disunity and a divergence of approaches is well utilized by Russia, to divide left and right, to alter truths and falsehoods, and to create confusion and political opposition domestically for transatlantic partners and within the EU. The objective from the Leninist times for Russia was to obstruct democratic political processes by finding more useful idiots in our homes, and according to Ambassador Shota Gvineria (Baltic Defence College) such an objective has not changed. The Kremlin seems to be succeeding in this game where approaches are rather different.

We, the West, should understand that informational environment inside of Russia is manipulated, but also the fact that we in Europe are victims of Russia’s multiple truths, hostile narratives, and manipulated information. This abuse of the informational domain is creating dissent and political fragmentation inside of Europe, the United States or elsewhere. There is a clear dichotomy – the EU is too idealistic but Russia is exclusively realist in its calculations. While we should not abandon our values, Europe must finally look at Russia through this realist lens, to see it as is, not as we would like it to be. A counterexample to what the West should do is the episode of the inept and idealist EU chief diplomat Josep Borrell who, instead of responding to overt lies while in Russia since he was “not authorized to speak about that,” clear and straightforward information to the public about Russia’s intents, actions and obstruction of international norms must be our priority. Europe has to abandon this idealistic dream of possibilities regarding cooperation with Russia and to fully engage with the Kremlin’s authoritarian regime as it is, from a position of strength in this zero-sum game, according to Dr. Dmitry Lanko (St. Petersburg University). Moscow oversees the production of information, and the Kremlin is piercing through the European minds through and hearts, especially for Russophone populations. These channels need a European alternative that does not focus on Russia, according to Dr. Veebel.

According to the invited experts, the ongoing COVID-19 pandemic has exacerbated and deepened the current and past trends of Western-Russian relations. Russia has capitalized from the pandemic by showing its partners that connections with Russia lead to concrete results, such as the delivery of vaccines. At the same time, Russia believes that it is gaining in this situation as it has lost less than others, according to Kadri Liik (European Council on Foreign Relations). Professor Andrey Makarychev (J. Skytte Institute of Political Studies of Tartu University) underlined that the pandemic has presented more challenges to liberal democratic countries than to autocracies like Russia. However, Russia’s health diplomacy did not lead to any changes in relations with the West, as most notably, sanctions still remain in place.

The Russian Federation today is submerged in the images and ideas of yesteryear – always seemingly willing to take back what was lost during the collapse of the Soviet Union and the Russian Empire. It is still a major military power, but it has economically declined, equal to South Korea and therefore angered by its current global position. Unable to cope with these challenges, it searches for enemies and new challenges that would extend the political lifeline of the Putin’s regime. Any changes inside of Russia can come from only the Russian people – they historically have proven their ability to cope with protracted suffering for ideas and their rulers – for something that budyet (will be) in the future. Considering these conditions, the rest of the world, but especially Russia’s neighbors, must be vigilant and resilient to deal with any coming changes inside of Russia or regarding its external approaches. It will not remain static forever. 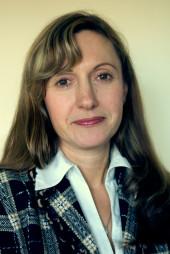