Strategic autonomy, European military and other initiatives – what is the future of EU foreign and security policy? An open lecture/discussion with Nicolas Tenzer - Verbindungsbüro Litauen

Strategic autonomy, European military and other initiatives – what is the future of EU foreign and security policy? An open lecture/discussion with Nicolas Tenzer

Conference on the Future of Europe event

Discussions about potential European strategic autonomy have been gaining momentum in recent years and especially intensified after the trilateral AUKUS agreement between the United States of America, the United Kingdom and Australia. Is the European Army just a beautiful idea or an inevitable future scenario? How does the US – Chinese rivalry impact the EU’s foreign and security policy? We will try to find an answer to these and many other questions in an open lecture/discussion with French political analyst and publicist Nicolas Tenzer.

Nicolas Tenzer is a French civil servant, academic, writer, and editor. Mr Tenzer is the Chairman of the Center for Studies and Research on Political Decision (CERAP) and the publisher of the review Le Banquet (1992-2015), he is a guest professor at the Paris School of International Affairs (PSIA, Sciences-Po), ENA Paris, and France’s Institute for Advanced Studies on National Defence. Since May 2021, he is the publisher of Desk Russie, a bi-monthly newsletter on Russia and the countries of the former Soviet space. He has been a visiting professor at foreign universities (U.S., Canada, Serbia, South Korea, Poland, etc.) and guest speaker at many international conferences on security and international issues. He is the author of 22 books. Most of his recent pieces deal with European and security issues, Ukraine, Russia, Middle East, and US foreign policy. He regularly appears in leading newspapers worldwide and TV and radio talk-shows. He is the owner of a leading strategy blog, launched in June 2021.

The event is organised by the Eastern Europe Studies Centre, Konrad Adenauer Stiftung and the Ministry of Foreign Affairs of the Republic of Lithuania in cooperation with Vytautas Magnus University. 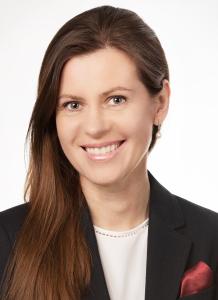