Fifteen young African journalists whose careers were boosted with KAS scholarships tuned for a virtual meeting with their fellow alumni.
29. März 2021 Bestellinformationen

With a physical gathering not yet possible, KAS Media Africa hosted the inaugural alumni network meeting virtually, with the full compliment of fifteen KAS scholars linking up via zoom from as far afield as Monrovia, Nairobi, Harare and Freetown.

The young journalists, representing ten different African countries, all successfully completed post-graduate Journalism degrees at the University of the Witwatersrand between 2014 and 2020 with KAS support.

The scholars outlined their career developments since graduation and special interest areas; all have gone on to achieve success within the African media sector – one started a business news website, another founded an investigative journalism centre, one works for BBC in Ghana and three are currently Phd candidates.

The meeting was also joined by the students’ former professor at Wits Journalism, Anton Harber, who spoke about the research that went into his new book, So, for the Record, Behind the Headlines in an Era of State Capture and the potential pitfalls of fast journalism and compromised journalistic tenets.

The KAS scholarship is awarded annually to two or three young African journalists, with the offer regularly attracting more than 200 applications. 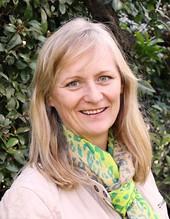