From the terraces of Aristotle’s rhetoric of persuasion in speech writing and other examples, the event proved that this subject is shaped by the political environment. 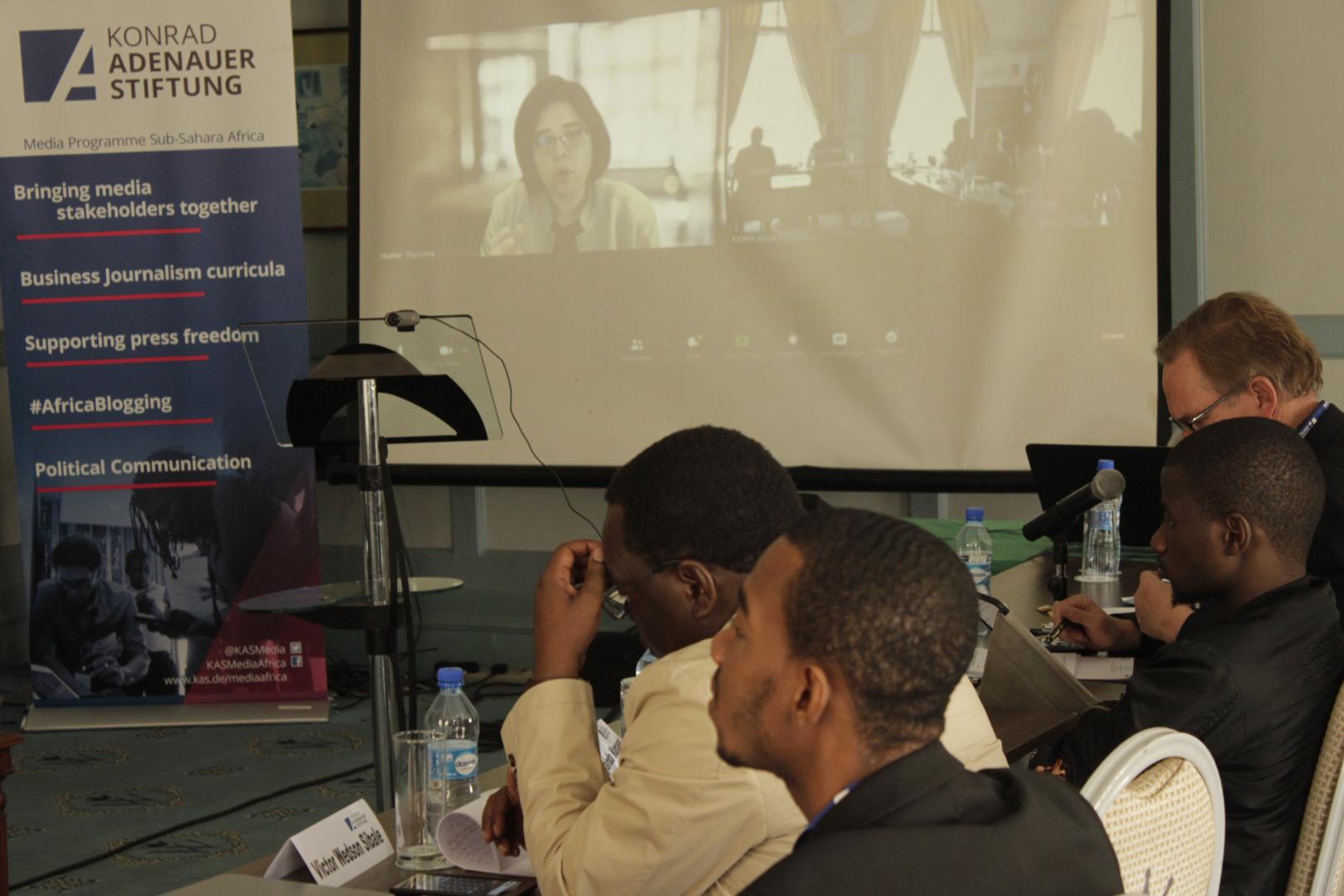 Apart from digging into what has really changed in political speech writing, the discussion which was more interactive covered all the stages of speech writing while paying more attention to the importance of brainstorming before writing a speech, identifying key issues in the society, understanding the audience, coming up with the theme and appropriate dress code and tone.

In his opening remarks, KAS Media Africa Director Christoph Plate said the event was timely and had the potential to bridge the political speech writing literature gap. Having noted that most of the published work on the subject is from the United States, Plate wondered whether it captures the reality of Africa, for example.

“An audience in Kenya is as different from an audience in Senegal or Mali, as an audience in the UK is from the one in Romania,” Plate said while contrasting the different styles seen in Africa and the US and other parts of the world. “But if at the end of this conference we do see those African particularities, we would have achieved quite a bit.”

The speakers exposed some unique features of political speech writing and presentation in Africa such as the use of proverbs to reinforce themes. On the other hand, the participants — most of them speech writers for different presidents, politicians, and political parties — shared some practical experiences which included the highs and lows that exposed or made their bosses shine. From the terraces of Aristotle’s rhetoric of persuasion in speech writing and presentation to the analysis of Hilary Clinton’s campaign by University of Pretoria lecturer and communications manager Heather Thuynsma and other examples drawn from Ghana, Kenya, Liberia, Malawi and Tanzania, the event proved that speech writing and political campaigning are shaped by needs and emerging political issues in a particular society.

“Literature shows that from the work of the likes of Aristotle to date, speech writing has been transforming and there is a need for more research on political speech writing in Africa to appreciate the different dimensions that it is taking,” said Thuynsma. Her presentations focused on lessons from elsewhere across the world, including the dos and don’ts in speech writing, and others.

Also on the speaker line-up was Stephanie Büscher who shared her experiences as the speech writer for the Mayor of Cologne, Germany. Meanwhile, Albert Sharra, researcher at South Africa’s Wits University, discussed the findings of his recent paper on how the press covers political speech and also presented preliminary findings of his new paper on the use of imagery in political speech.