„Multiculturalism in Serbia on its Way to EU“ - Auslandsbüro Serbien / Montenegro

„Multiculturalism in Serbia on its Way to EU“

The Workshop “Multiculturalism in Serbia on its Way to EU” has been designed as the initial step in the development of civic capacities of the youth sections of non–governmental organization that deal with ethnic,
27. - 28. Februar 2009

and to provide the future leaders from minority and `majority` and non-ethnic organizations with skills on how to mainstream civic values and common good policies into their political agendas.

The Ethnicity Research Centre is of opinion that ethnicity blind political arena would not be a good formula for Serbia; on the contrary, minority representation is indispensable in the field of cultural rights and societal cohesion. On the other side, we argue that Serbia craves for an ethnically unbiased political arena that would be open for all and that would put incentives to individuals and groups to take part in a dialogue over the issues that concern us all. The overall objective of this project is to fortify consolidation of democracy in Serbia. The specific objective is to provide the future leaders from minority, `majority` non ethnic democratic parties with the skills on how to mainstream civic values and common good policies into their political agendas.

In accordance with these objectives and the project proposal “Multiculturalism in Serbia on its Way to EU” approved and supported by Foundation Konrad Adenauer based on the contract from 14.01.2009, Ethnicity Research Center has organized a training, on which 19 young leaders aged 18–25 have participated, chosen on the bases of the application and the motivation letter. The participants came from various multi–ethnic municipalities in Serbia (Belgrade, Novi Sad, Prijepolje, Kikinda, Mali Iđoš, Kula, Obrenovac, Niš, Novi Bečej, Bački Monoštur, Preševo i Kovačica). One of the conditions for the participation was active membership in an NGO or a political organization. In order to secure more successful discussions about the basic subject of this seminar, the organizers have particularly encouraged the applications of national minority members, therefore some of the participants of the training came from the minority background (Hungarian, Slovak, Bosniak, Albanian, Croatian and Roma minorities).

Each of the lectures and workshops was followed by interactive discussions with participants that showed different attitudes.

The final evaluation of the seminar took place at the end of it. The participants were satisfied with the seminar and the lectures, and had suggestions about future seminars. They criticized the fact that the timeframe of the seminar was too short to cover such a complex issue as multiculturalism. The participants have expressed the wish to continue attending the seminars of such kind, that ERC plans to organize in the future, upon finding the financial support. 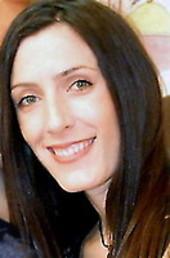