A discussion on digitalization 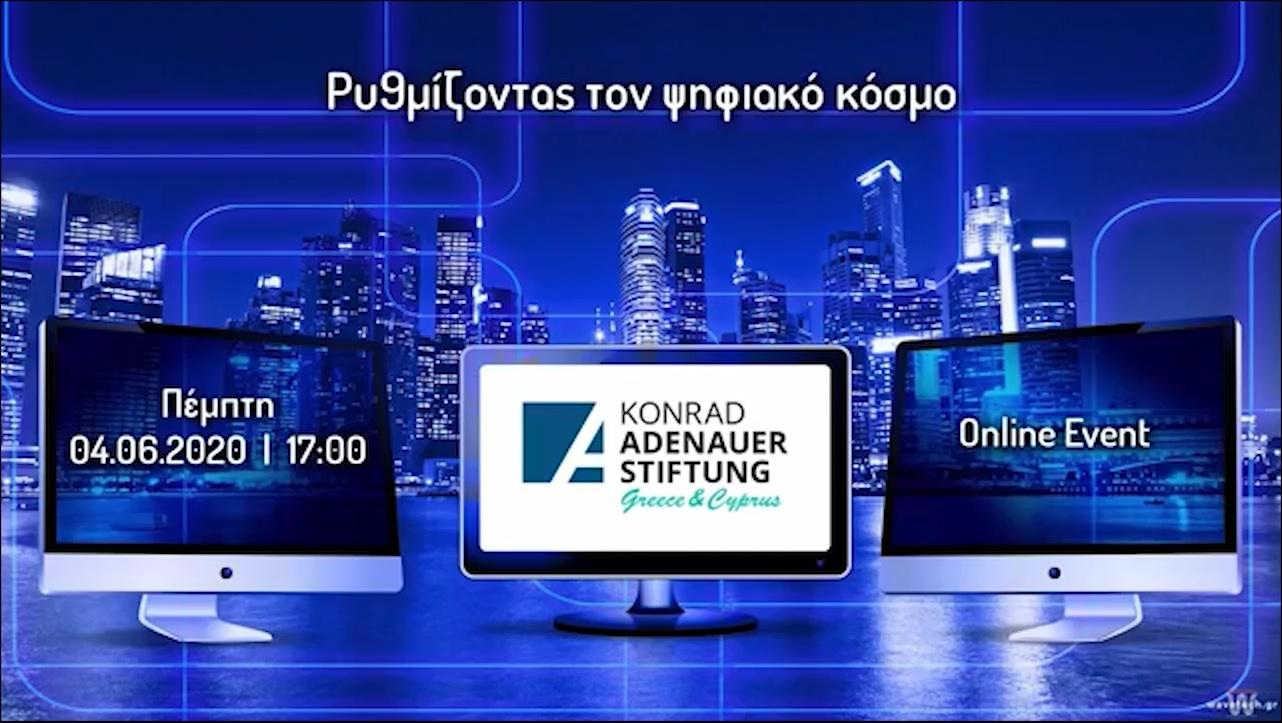 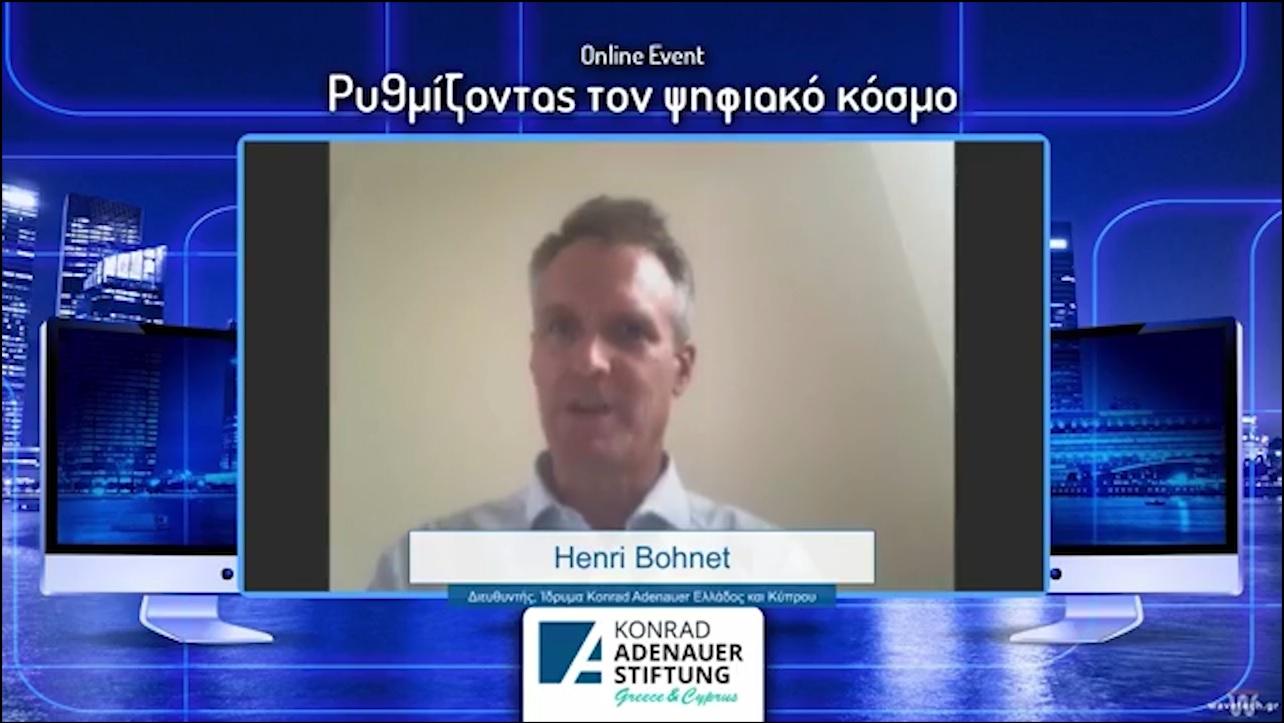 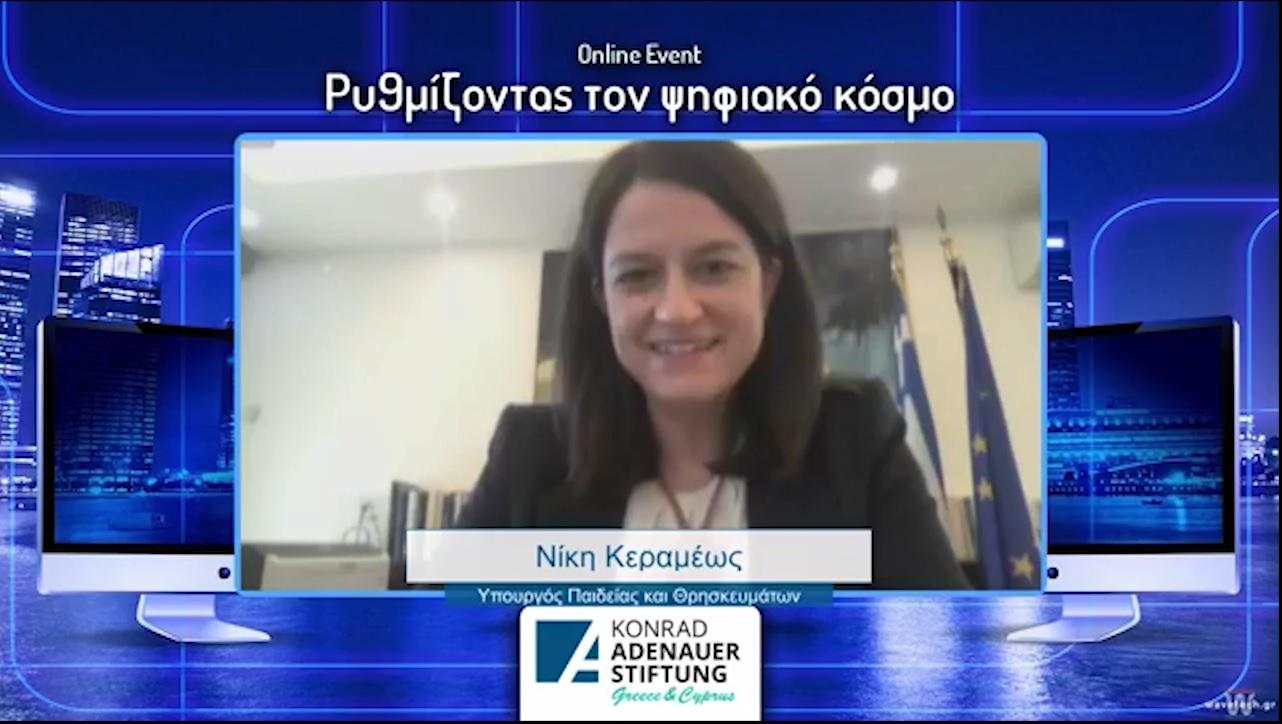 Introductory remarks | The position of the policy side Niki Kerameus, Minister of Education and Religions 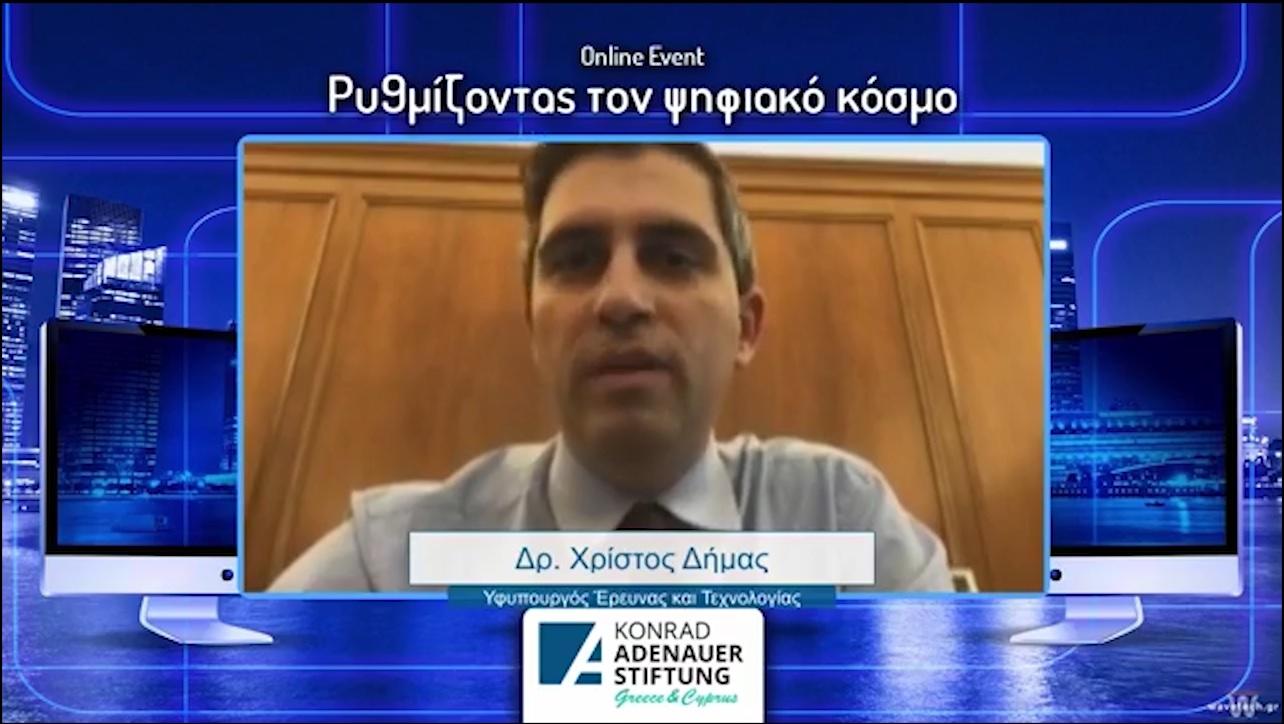 Introductory remarks | The position of the policy side Dr. Christos Dimas, Deputy Minister for Developments and Investments 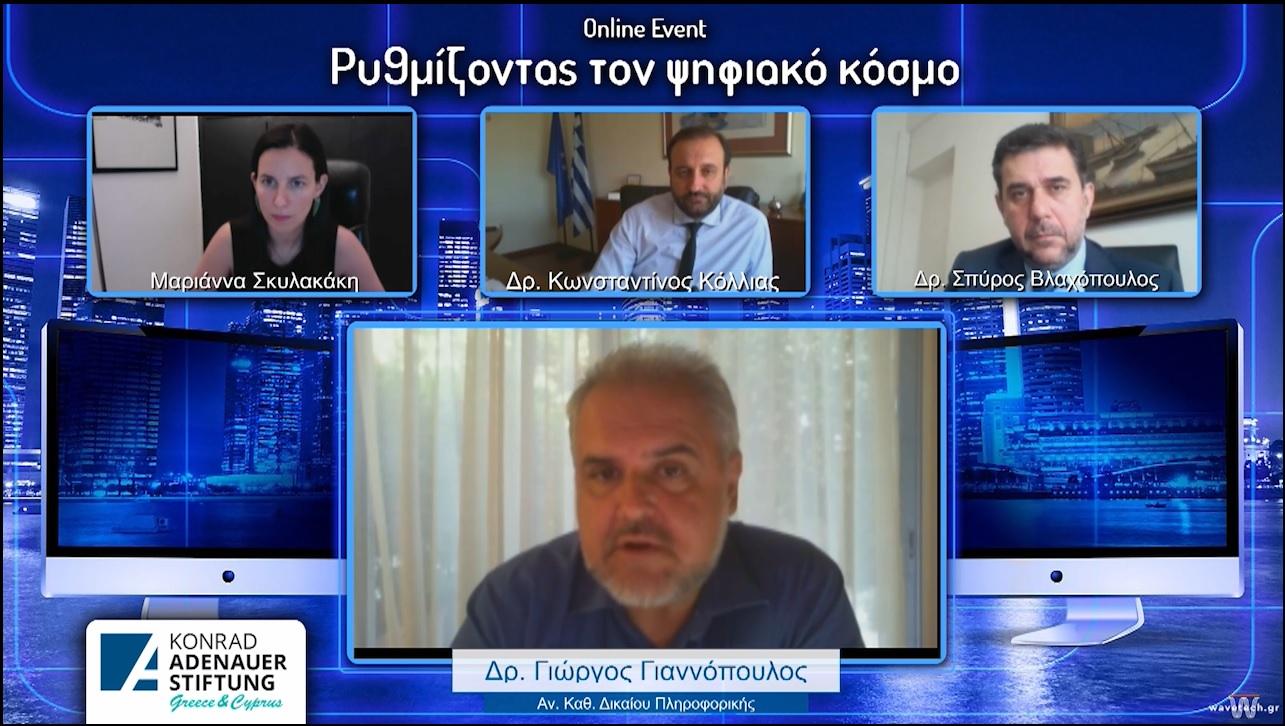 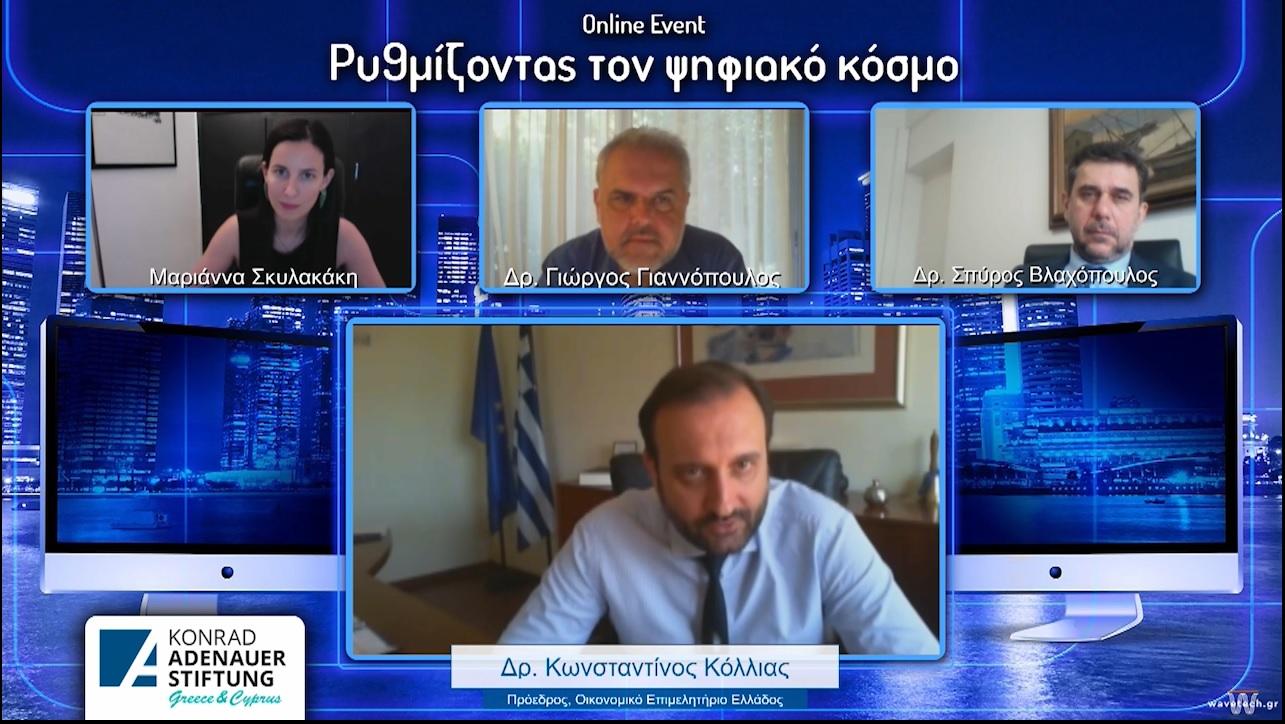 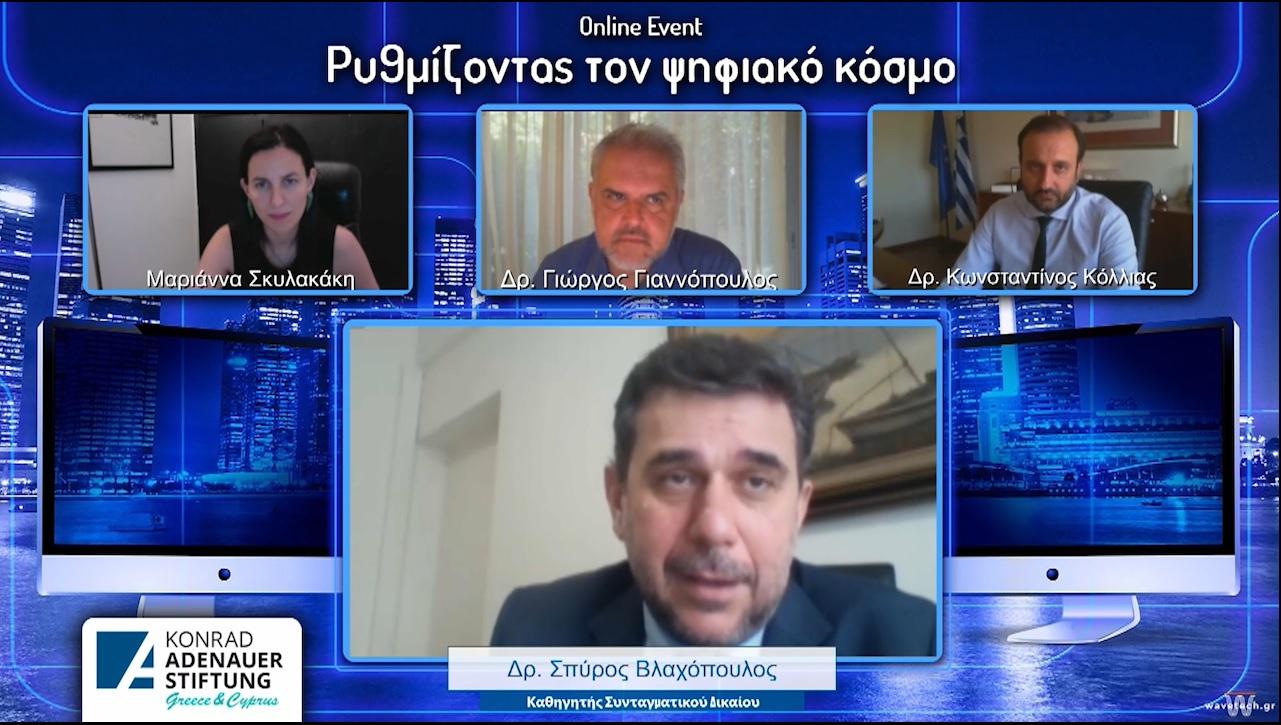 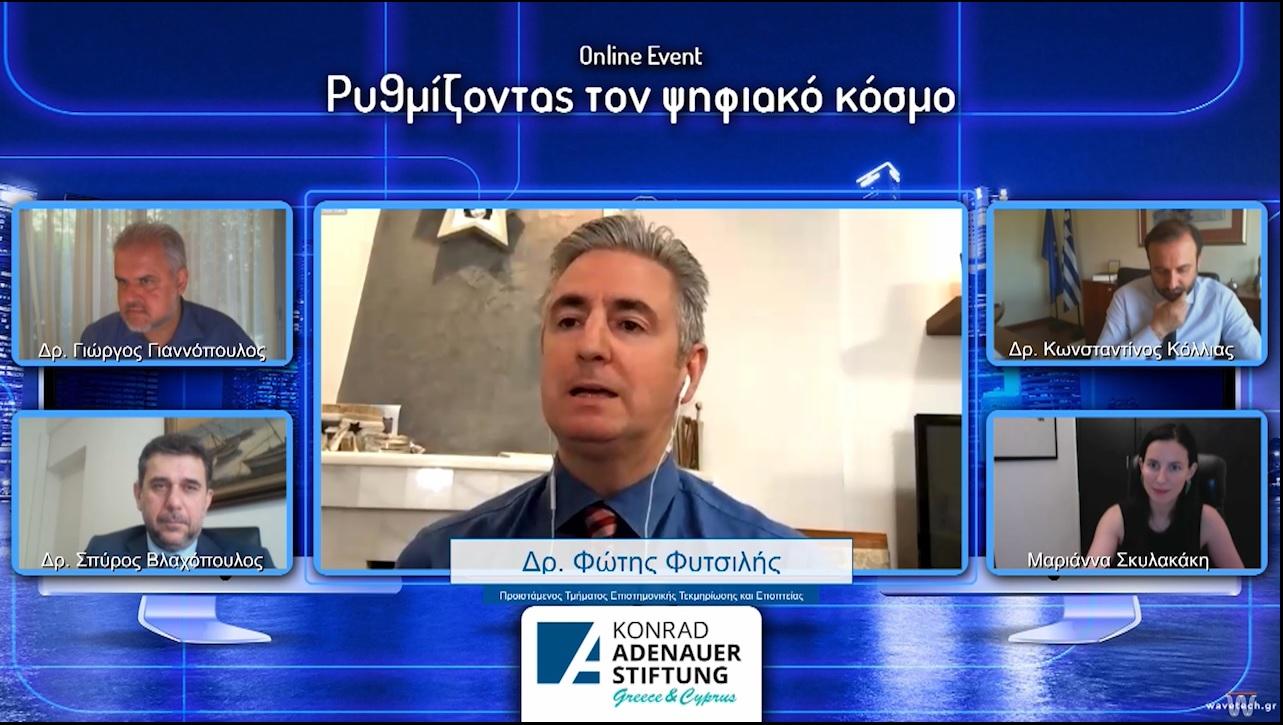 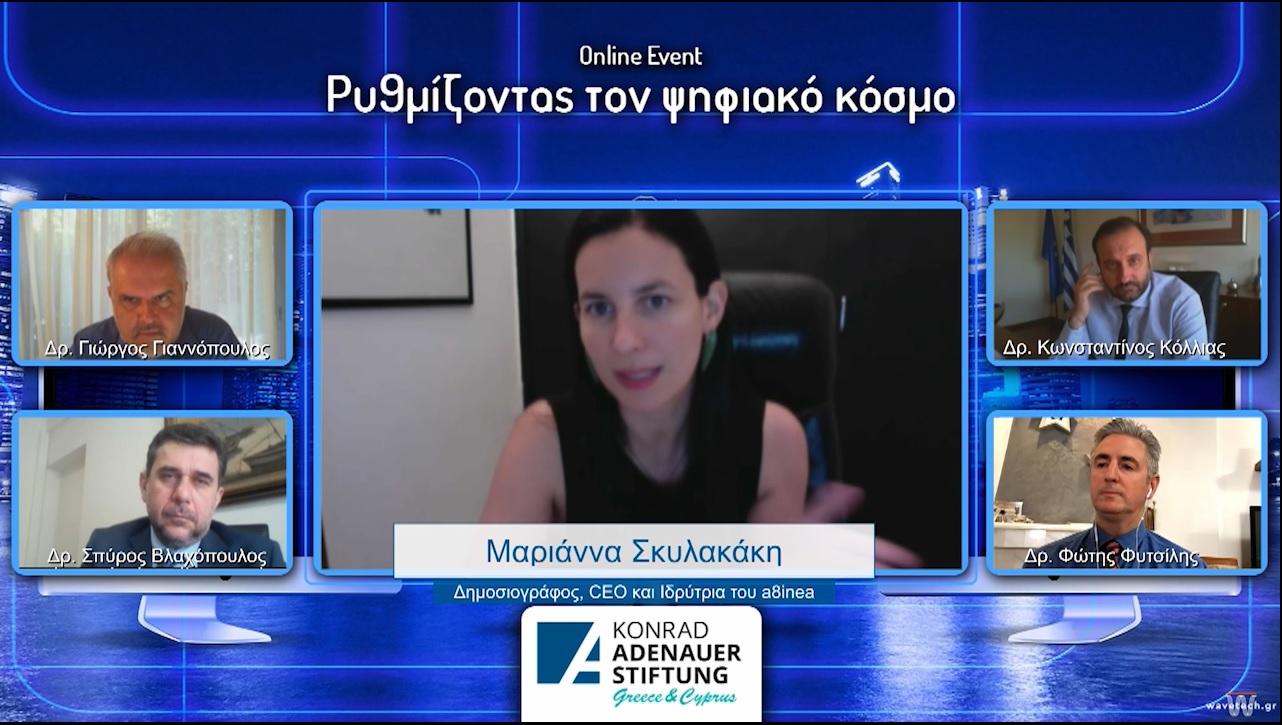 The panel and the issuing discussion were monitored by Marianna Skylakaki, CEO and Founder of a8inea

During the experts discussion organized on Thursday June 4th 2020, by Konrad Adenauer Foundation Greece and Cyprus on the regulation of the digital world, interesting positions were presented and a live discussion on up to date topics was held.

Minister Niki Kerameus focused on the development of digital skills from the first levels of education. She mentioned additionally the need for change of mindset and the global paradigm change taking place.

Deputy Minister Dr. Christos Dimas focused on the need to modernize the administration fields through the use of cutting-edge technologies, from which would also benefit the private sector. In this regard, he described the national research policy and the relevant actions of the Ministry of Development.

Professor George Giannopoulos outlined examples of the use of algorithms and focused on the quality of the data with which they are trained. He mentioned in specific how in the legal science is always striving for balance between different human rights, which underscores the complexity of the algorithmic regulation project.

Dr. Kostas Kollias presented statistical data with estimates for the application of Artificial Intelligence in society and businesses. He focused especially on the need for lifelong learning for employees in order to meet the ongoing technological changes.

Professor Spyros Vlachopoulos discussed a decision by the French Constitutional Court that answers the question of whether it is possible to issue administrative acts through algorithms.

Dr. Fotis Fitsilis, author of the book Imposing Regulation on Advanced Algorithms (2019, Springer), summarizing the interventions of the previous speakers, found a general consensus. He argued that rapid developments in Artificial Intelligence technologies require rapid action by societies and politicians. To this end, he described the action of the Union bodies and the need for international co-operation to address the complex issues arising from the application of algorithms to all aspects of human activity.

Concerning Greece, Dr. Fitsilis characteristically said that it has sufficient research potential and political will to follow the technological developments. The pandemic may be the spark for a new beginning. A start that will bring the country to the international forefront in the use of these new technologies.

The Panel and and the resulting discussion were moderated by Marianna Skylakaki, CEO and Founder of a8inea.