“THE CHANGING POLITICAL AND ECONOMIC DYNAMICS OF GLOBAL ENERGY FLOWS“

“HOW WILL CHINA`S ENERGY HUNGER AFFECT THE WORLD?”

The fifth Energy Talk under the overall theme of “Changing Political and Economic Dynamics of Global Energy Flows” – the last workshop in this year – took place on 6 November 2014. The common event of EUCERS, Institute for Strategic Dialogue (ISD) and Konrad-Adenauer foundation London had the topic “How will China`s energy hunger affect the world?”.
November 18, 2014 Ordering Information 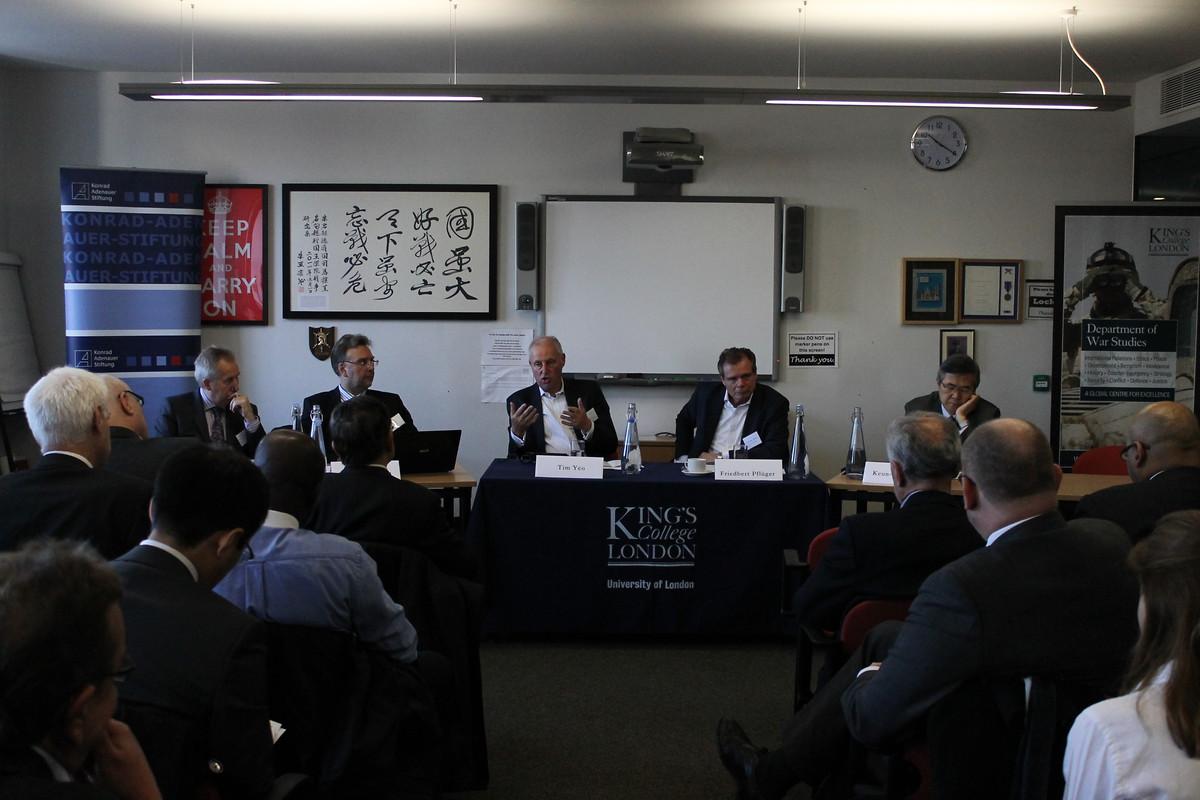 “China is too big to ignore” was the consensus of the debate. The Middle Kingdom is the country with the highest energy consumption in the world and it will rise corresponding to their economic growth.

Moreover the Chinese society is not sensitized for climate change, they are more interested in the bad air pollution in the cities accompanied by health hazard. In estimation of the speakers on theses grounds there will be no new big climate protection agreement in Paris in 2015. Probably China and also the USA – the two biggest players on energy market - will brake ambitious attempts. The current goals of climate control are not reachable, if China does not reconstruct its energy mix radically.