On 7 and 8 May 2011, the Konrad Adenauer Foundation in cooperation with the Oxford German Forum 2011 held the “Embracing the Shift of Powers” conference at Oxford Union. The distinguished participants of the four discussion panels focused on the question of how Europe will develop in a changing global order.
May 9, 2011 Ordering Information 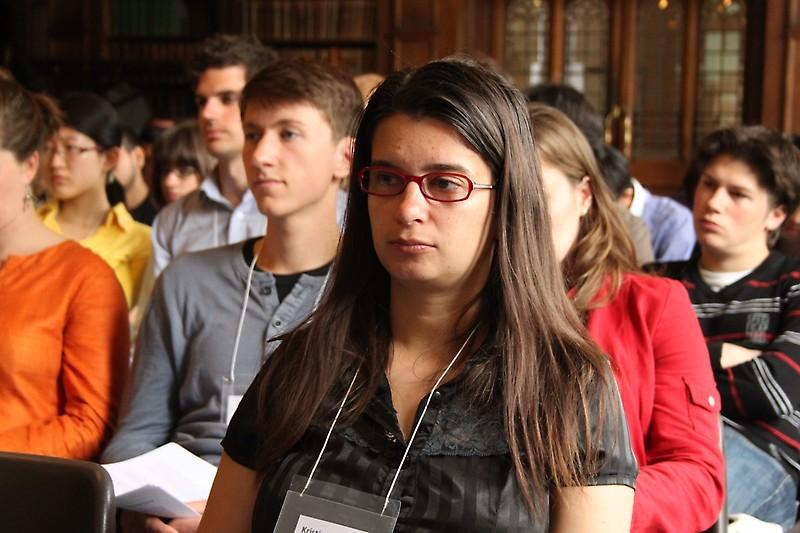 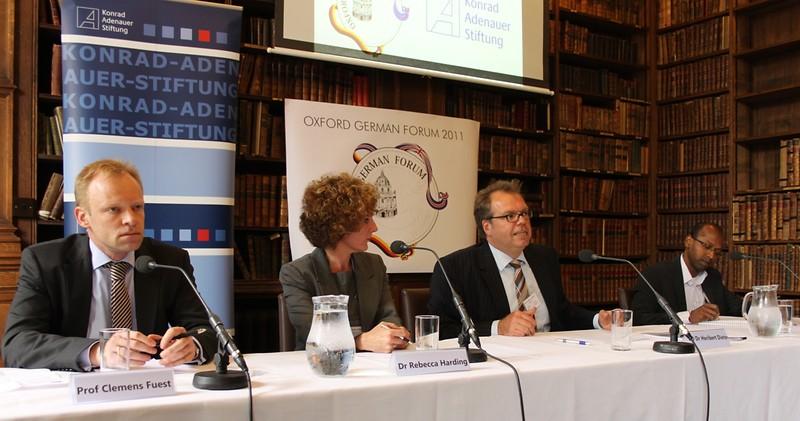 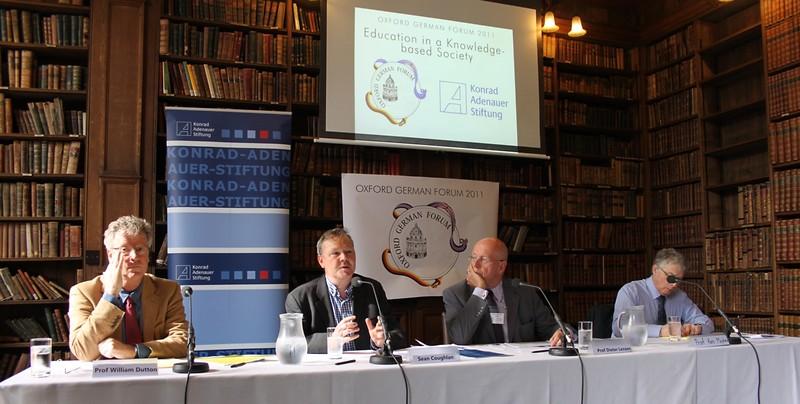 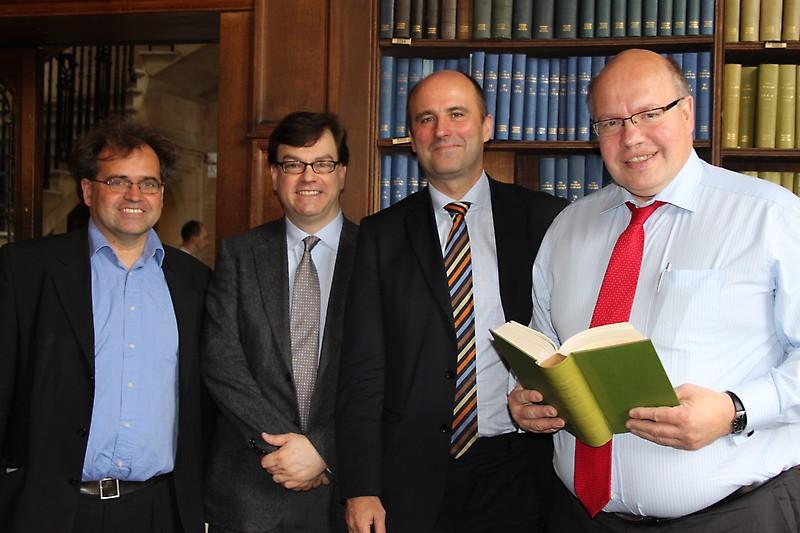 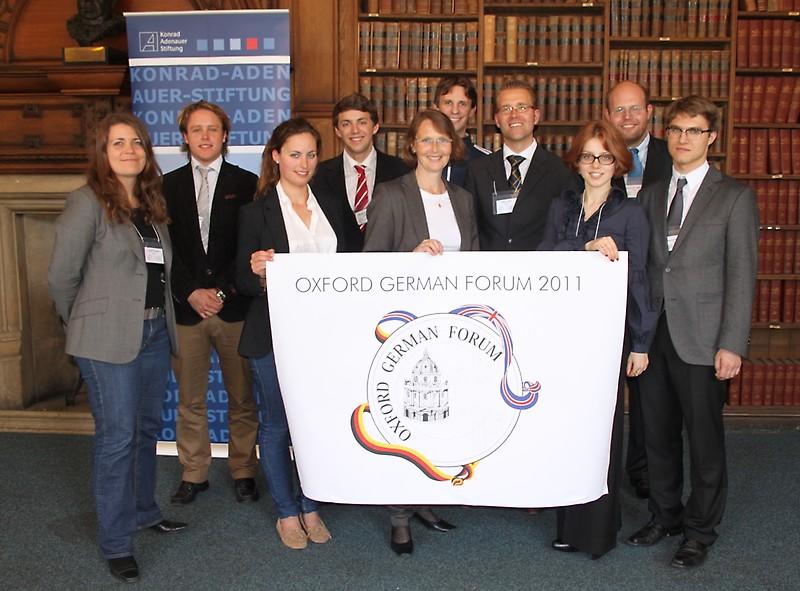 Most experts agree that the sustained growth of Asia and the power shift from the West to the East, and in particular to China and India, will trigger economic and political changes in the global balance of power. This shift will undoubtedly improve the economic and social situation of millions of citizens in Asia’s emerging nations.

It is, however, equally predictable that the Western traditional superiority in the field of global security, high production standards and in the financial sector will be questioned.

The first panel discussion, “Emerging Economies - Chances, Competition and Cooperation”, was moderated by Dr Rebecca Harding from Delta Economics. Throughout the discussion, Dr Heribert Dieter, SWP, Prof Clemens Fuest, University of Oxford, and Navi Radjou from the University of Cambridge, debated the risks and chances for Europe in an ever increasing global competition.

In the second panel “Education in a Knowledge-based society”, moderated by Sean Coughlan from the BBC, Ken Mayhew from Oxford University, Prof Dieter Lenzen, Director of the University of Hamburg, and Prof William Dutton from the University of Oxford looked at legal frameworks for future education and life long learning, and discussed the increasing importance of the Internet and Social Networks.

Peter Craven from Deutsche Welle moderated the third panel discussion “Economic and Social Integration Policies in Germany and Britain”. Shenaz Bunglawala of ENGAGE and the Muslim Council of Britain, Sasha Havlicek from the Institute for Strategic Dialogue, and Matthias Matussek from Der Spiegel emphasised on both the tasks and duties for immigrants as well as the role of the receiving societies.

In the final panel “The European Union - A Global Player?”, moderated by Roland Freudenstein from the Centre for European Studies, Peter Altmaier, MdB and Chief Executive Officer of the CDU/CSU Fraction of the German Bundestag, Anthony Teasdale, Deputy Chief of Staff of the President of the European Parliamant, and Prof Hartmut Mayer from the University of Oxford analysed Europe’s future role in a globalised world. 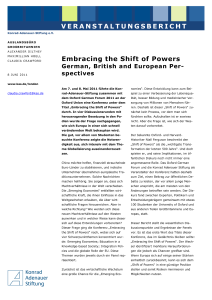 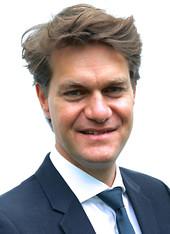