In co-operation with the European Movement in the UK, the Konrad-Adenauer-Stiftung in London held a panel discussion on March 20th, 2014 to address the important issues at the top of the European policy agenda. The discussion took place on the same day as the March European Council summit, therefore focussed upon topics such as the crisis in Ukraine, the development of a common climate and energy policy, and the ongoing process of constructing a banking union.
March 20, 2014 Ordering Information 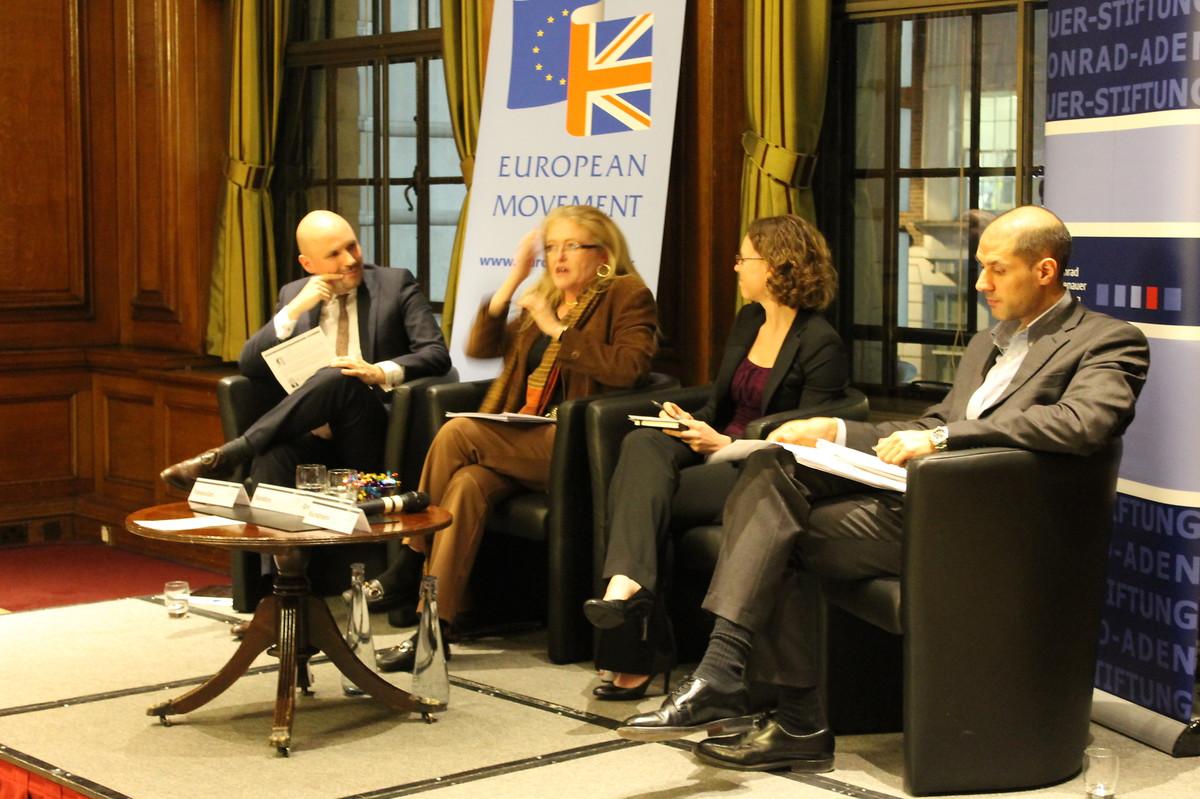 Chaired by Petros Fassoulas from the European Movement, Laura Sandys MP (Conservative Party MP for South Thanet), Megan Greene (Chief Economist, Maverick Intelligence) and Hans Kundnani (Research Director, European Council on Foreign Relations) commented on the important dynamics and relations at work in the European Union and offered their opinion on issues such as the Crimea and it’s impact on global policy making, the development of a European foreign policy and international identity, and the UK Conservative Party’s proposed EU in/out referendum and the domestic debate over membership.

Laura Sandys repeatedly emphasised the crucial importance of continued UK membership in the European Union, identifying the core British national interest as being best represented within the 28-state bloc. She also referred to the manifesto of the European Mainstream group of Conservative MPs which can be found here.

Though wide-ranging, the discussion was significantly focused on the crisis in Ukraine. In addition to the breaches of international law and their economic implications, the EU’s future Russia policy was addressed. In this context, the importance of diversification in the EU’s energy security policy was stressed, with US shale gas, Cypriote gas, and energy transition of the German Energiewende type presented as relevant factors in this process. Equally, there is an understanding that sanctions are a two-way street, and will hurt both Russia and the European Union.

After discussion amongst the panellists and the chair, the floor was opened for a Q&A session, in which the roughly 50 attendees were able to express their opinion and ask follow-up questions.