The title for 2013 was ‘Defining Europe’s Challenges’ and the focus was on the upcoming issues that will need to be addressed as Europe begins to move out of the crisis and towards its new policy goals.
December 9, 2013 Ordering Information

Attended by politicians from both national parliaments and the European parliament, experts, academics and journalists, the discussion took in these key themes and shed led on different perspectives. Amongst the topics raised and debated were:

Outlook to the EU Elections 2014

This panel featured a debate over the impact of rising populist parties, often with nationalist and anti-EU platforms, in the European elections on May 2014. In addition to a discussion of potential results, and their likely impact in different national contexts, was an assessment of the new broader context in which these events will take place, and how they are influenced by, and will in turn influence, the climate in Europe.

The Transatlantic Trade and Investment Partnership (TTIP) agreement that is being negotiated between the European Union and the United States of America was the focus of the second panel. Here the issues to be debated were the specifics of the deal being discussed, the potential significance of such an agreement being reached, and the different views on likely outcomes and objectives.

Just as Europe has been going through significant changes internally in recent years, the wider world and especially areas close to the EU, for example in the Middle East and North Africa, have been transformed. The ongoing attempts to formulate a global role for the European Union, and the significant challenges in the global strategic environment in the coming years, were the focus of the third panel.

The politics of individual member-states, and the roles of national goverments, are at the centre of European politics and the functioning of the EU and Eurozone. What does power in the EU look like today?

The final session of the European Roundtable attempted to assess the key dynamics within the European Union, and Europe more generally, whilst also looking to the future and debating the possible directions of travel. 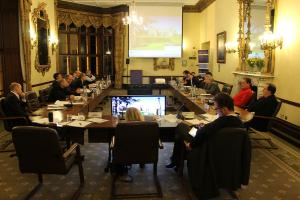 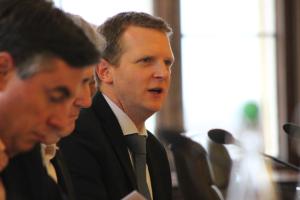 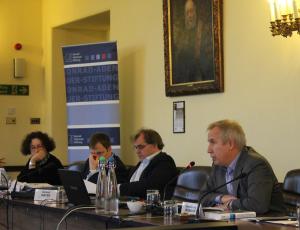 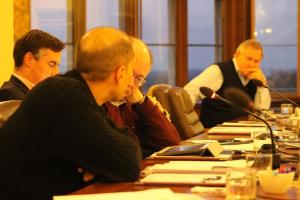